Now this has to be the best LED watch I have seen so far. It is not just a technologically equipped LED watch but as you can see, it’s pretty stylish as well. If you like the G-Shock, you would love this one watch too. 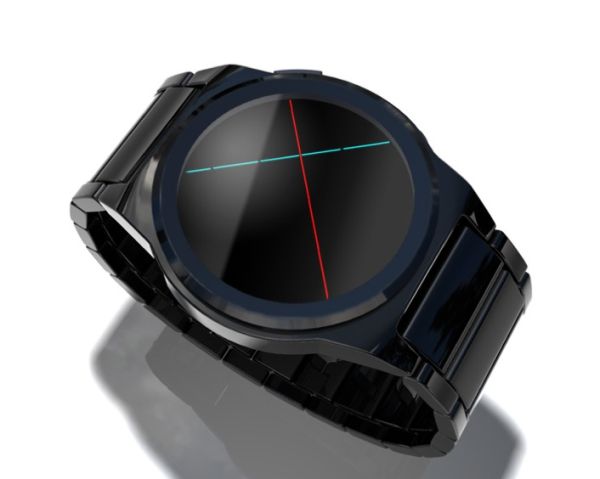 Remember the Arctime watch by Logan? Yup, he is again the man behind this watch! I have to say that this guy has a great sense of fashion. Both of his watch designs till now are extremely fashionable, good looking, and of course, sturdy.

The overall look of the watch is not something entirely different. That is actually the good part about it. It looks like a pretty normal marine kind of watch with an LED dial. The beauty of the watch is that the dial is not overly fancy as you get to see in most of the LED watches. The way time is displayed looks like as if a radar machine has come in contact with a flying object. That’s the thing, that’s what I like about this watch. It makes you feel completely like a marine guy! 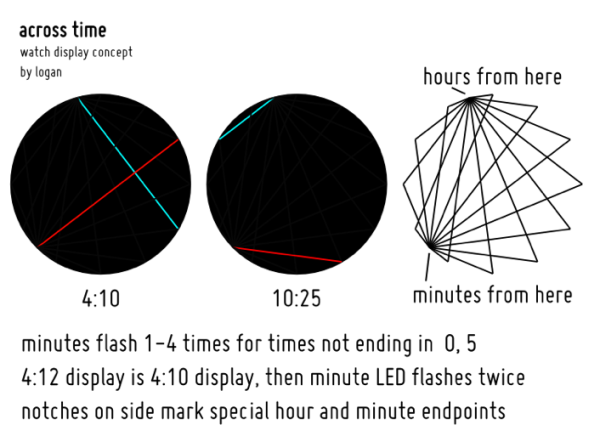 Although Logan says it’s a unisex watch, I personally think it’s a strictly for men watch. The two lines in the dial which you can see in the pictures are there to display time.  The blue lines mark the hours and the red one marks minutes. The minute line (the red line) flashes 1-4 times to indicate that time is not ending anywhere between 0 – 5. That’s the good part, at least you won’t get confused! Look at the picture that explains the whole thing and you’ll know how easy this watch is to read time on.

The watch to me looks like a watch you can wear today but Logan sees it as a watch worn by people in the future. He also adds that people who have the taste for 80’s arcade games would love this design. For sure, the lines resemble the animations back then but I think it’s more than that. People who have never played those games would fall in love with this watch too. Man, this one is a well done job. Hats off Logan!