The backdrop is a sparse, white, bricked wall that fades gently into a white, tiled, marble floor. An apparatus, roughly two feet high, sits alone against the white backdrop. The apparatus has a rectangular frame with one side sloping at an acute angle.A canvas-covered foot enters the sparse backdrop and rests gently on a pedal that is attached to the apparatus. The central portion of the apparatus swings outward revealing a hollow bin. This is a waste-bin designed by Industrial Designer, Grace Youngeun Lee. 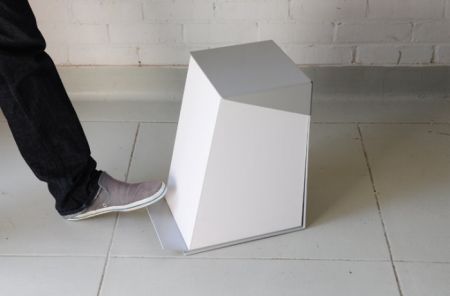 Grace Lee is a talented designer born to South Korean parents in Illinois. A graduate of the MFA Cranbrook Academy of Art, Lee has numerous awards and accolades to her credit. Her work has been displayed at the Phoenix International Design Festival. The new age waste-bin designed by her has attracted attention from design enthusiasts and with valid reason. 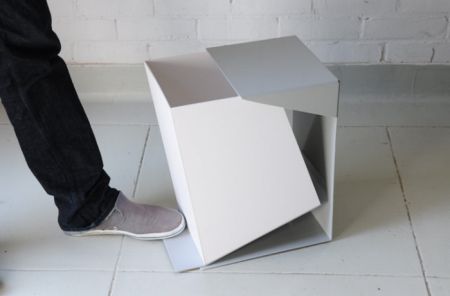 A normal conversation regarding a waste bin would not include angles and/or color cues. However, the waste-bin design by Grace Lee employs motifs that are inspired by minimalist and postmodern movements in architecture. The frame of the bin along with the pedal is colored grey, while the body portion of the bin is colored white. The top portion of the bin resembles an obtuse-angled triangle. The pedal of the bin, which slides the bin outwards, is angled upwards from the floor. 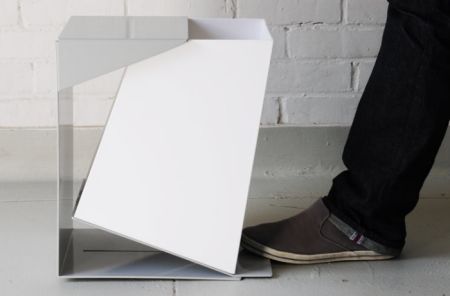 The chic design aesthetic of this waste bin might just change the way we look at waste and trash bins. Waste bins have been primarily used to hold and dispose waste. This could be a reason why the ubiquitous household waste basket, or for that matter any trash bin, has never amounted to an artistic or literary inspiration. Who would want to stand and admire the beauty of a trash bin overflowing with filth and waste. Not to mention, the putrid smell that usually surrounds a trash bin. 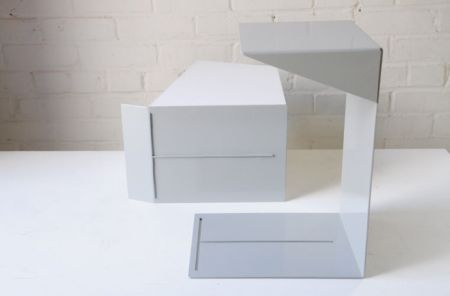 In spite of all this, waste bins have had their say in popular culture. The trashcan icon displayed on all computer monitors is used for folders that hold deleted files. The garbage can inspire  the ‘Garbage Can’ Model: a model of decision-making in management. The iconic children’s show, Sesame Street, too has a waste bin reference with one of its characters, Oscar the Grouch residing in a waste container.

Grace Lee’s postmodern inspired waste bin might make it as the next, ‘trash’ inspired pop culture icon with its creative design aesthetic. The waste bin design received the Bronze at the IDEA Awards 2010.

Let Out Outlet Design and G182 Robot Vacuum Cleaner are few other eye-catching products that you can learn about.

2 thoughts on “An Award-Winning Waste Bin”