Summer is here, and the need to drink beverages in general, and beer in particular, grows stronger and stronger, especially the beer comes in a uniquely designed package.

Considering how easily glass bottles can shatter upon impact, the obvious solution is to pack drinks in bags, whenever possible. Some wineries even prefer putting their products in boxes, rather then in bottles, not only because of the fragility of the latter, but also because of the lower costs and the light weight of boxed wine. The creator of this project, however, drew his inspiration from ice bags, rather than from boxed wine, but the similarities are there, no matter what. 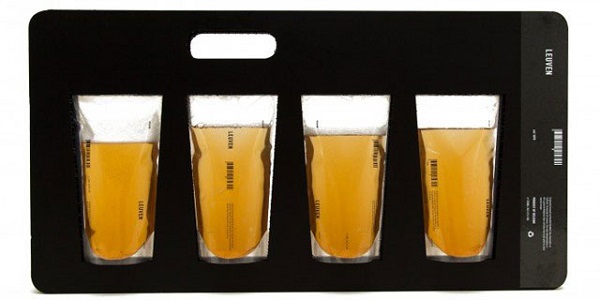 Wonchan Lee, the designer of this project, explained that “Differentiation is probably the most important factor in packaging these days as packaging is often the only way to appeal and compete with other products on the shelf: it has to stand out among others. This solution is clearly a new approach and concept for beer packaging: not breakable, lighter to carry, has less production cost, therefore has advantages in both delivery and production. From brainstorming to branding, choosing the materials and finishing, Leuven differentiates itself from other premium Belgian beers in the market with this new package.” 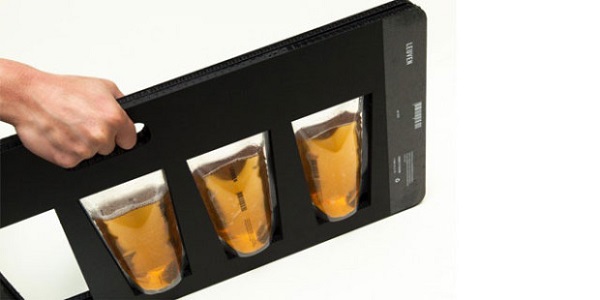 Considering that this project won the Platinum A’ Design Award at the A’ Design Internation Packaging Design Competition, it’s a clear sign that this concept has something very appealing to it. The frame can hold together 4 bags of beer, which is less than a six-pack, no matter how you think of it. The light weight and the dimensions of the frame might enable people to carry more than one such package in a hand. 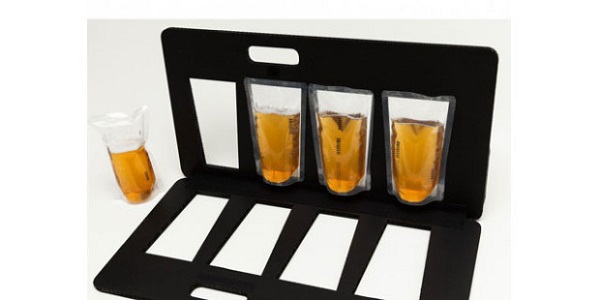 The two sides of the frame are held together by velcro, which makes sure that the package is staying together at all times. Besides, this is yet another one of the elements that makes the packaging cheap, and has the potential of cutting down the price of the beer.

As long as no one thinks that you’re carrying bodily fluids in bags, you should be safe with one of these packages in each of your hands. Things might get out of control if you decide to buy a package of black beer, as that definitely looks like blood in poor light conditions.