Transformers fans can’t ask for more. With the movie merchandise market already overflowing with Transformers stuff, we come across yet another item for the crazy Transformers aficionados. Presenting the Transformers chain wallet, an accessory any guy would find cool to carry around. 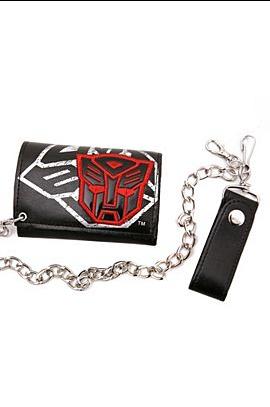 , which I guess is quite reasonable.

Transformers has become a sort of a brand name of late. With merchandise like fridge magnets and some cool gadgets available under the banner of the Transformers, anyone would think so, what say you?