The mouse pad was never a child of destiny. Even during its heyday, the mouse pad was relegated to the lower echelons of a ‘necessary computer accessory’ and never rose to anything beyond that.

With the advent of the optical mouse and the roller mouse being relegated to history, the mouse pad too seems to be headed the same way. But not when the Japanese bring their ‘blessed’ touch to the near extinct mouse pad.

Shunya Yamashita, a renowned Japanese illustrator known worldwide for his contributions to video game character designs, has breathed life into the mouse pad by transforming it into a canvas for his sensuous illustrations and sophisticated designs. Yamashita has combined the artful genre of anime and mass appeal of pin-up culture to reinvent the ubiquitous mouse pad. Teaming up with Yamashita is Yamato Toys. 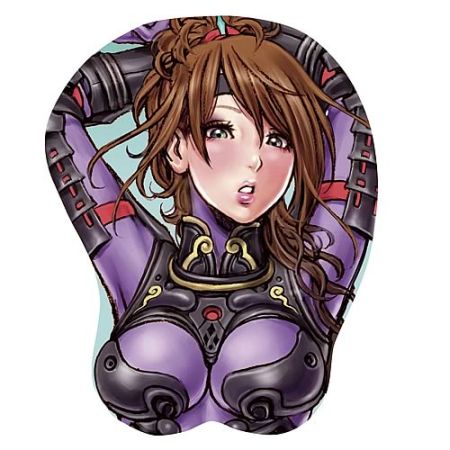 The Japanese toy company has announced a multimedia franchisee that would display Yamashita’s artful illustrations across platforms such as illustrations, figures, novels, manga, drama CDs, and original animation, not to forget mouse pads. The mouse pads would feature the extremely sensuous Kiriko, a ninja warrior, in various illustrations.  The mouse pads are bold, creative, colorful, and are guaranteed to hold your attention. Something you would not normally associate with an ordinary mouse pad.

The ‘Dai Shogun Kiriko Ninja Costume 3D Mouse Pad’ has Kiriko in a figure-hugging, superhero spandex costume. The spandex costume has a violet colored base with a metal grey armor attached to it. The armor has intricate design work with lines and curves running through it. On the mouse pad, Kiriko stands in a provocative pose with her well-endowed chest butting out.

This particular design is a 3D design with a contoured oppai (breasts). If you hands get tired after working tirelessly, you can rest your wrists on the mouse pad itself. The design is naughty, raunchy, and titillating. 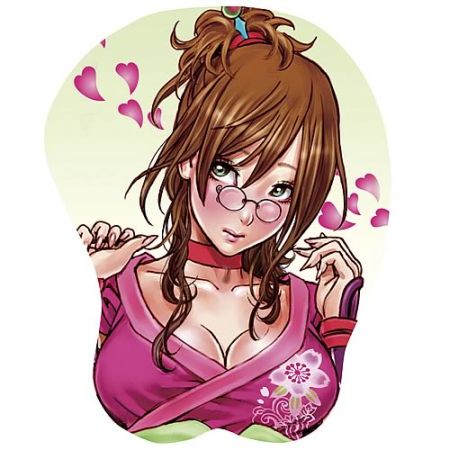 The second design, ‘Dai Shogun Kiriko Normal 3D Mouse Pad’, has Kiriko dressed in a figure revealing silk kimono, colored violet. Kiriko’s head is tilted down with a blush painted across her cheeks, as if she is is aware of the attention her figure hugging costume is receiving. In the background, you have a stream of violet colored hearts.

If you want to learn more about such stuff, check out Grass Mouse and Optical Mouse Transformers.