Cellphones became integrated part of our lives for communication and for some people, cellphones are no less then drugs for drug addicts, like for instance, according to a survey in Great Britain 36% of all collage students admitted that they could not live without cell phones and 73% of all cell phone users talk even while driving which is the cause of many accidents but still the addiction for cell phones in people is shown through. Though there are lots of companies selling cell phones but Nokia Cell Phone’s became the most pioneer and like the best established and sold brand in the world. And now this Dual Touch Nokia M31 cell phone concept not only scientifically aesthetic but very sharp and hi fi as it’s so much simpler, quicker and more and more advance. 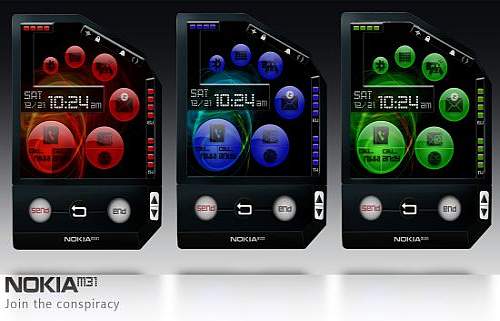 It’s a visionary design concept of artist Jon DeGorsky. The design of this graphically unique cell phone draws motivation from crop circles and incorporated with two touch screens that pop up with sliding of. This one is a true masterpiece which has mesmerized me and I bet it will capture the heart of all the people viewing this. This unique handset is inspired from crop circles and comes with two integrated touch screen which on sliding the phone, pops up. 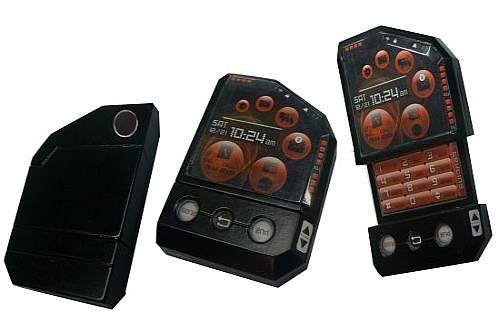 The top screen is used to display almost everything like tools/settings, mailbox, calendar, messaging, Internet, games and contacts while the inner screen has numeric and alphabetic interface and an interface changing bar. This one will surely appeal both formal and casual types and is one thing I bet even you are waiting for to get released in future. 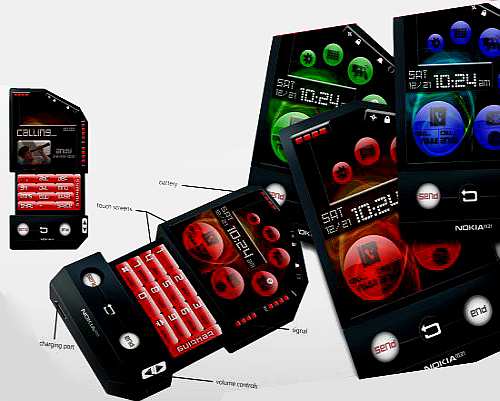 I like to request you to view a bit different design of a Cool Stretch Vespa bike as a little different choice or you can see also a cell phone background theme like Rayman Raving iPhone theme.