20 Geeky Shoes to Walk in Style with

You might wonder what could be common between geeks, video games and shoes. The question arises because we have seen innumerable number of shoes and sneakers which have something to do with video games. Either the manufacturers target these shoes at a gaming audience, or gamers themselves pimp their ordinary and bring shoes into something geeky and that which is influenced by video games.

With that in mind, I can say that the results are pretty cool and what is geeky and cool need not be stylish. Hence, if you are looking for high street fashion, you might perhaps not like these gaming geeky shoes.

However, if you are a video game fan who is just looking at an opportunity to express oneself, then you will love these shoes. Interestingly, there seem to be many takers for these colorful and sometimes really creative pimped shoes that you may wonder if these guys had taken some sort of shoe-designing course in school. Jokes apart, let’s take a look at all the wonderful and geeky gaming shoes we have compiled. 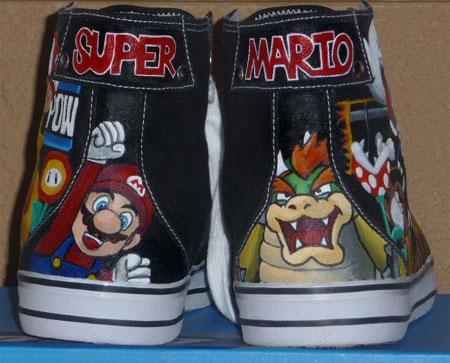 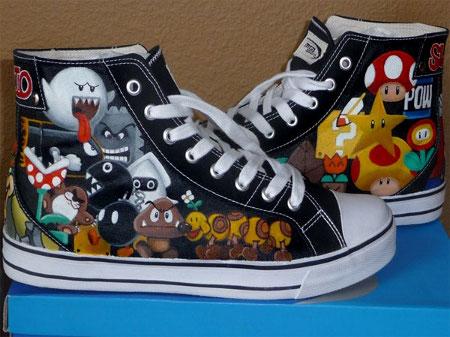 If you are an old school gaming fan, you would know all the endless afternoons we kids spent playing Super Mario video game. As an ode to this timeless game which is a favorite of millions of people across the world, here are two really cool shoes that are colorful, and that which depict Mario in action. They are not only colorful, but also quite nice to be worn on certain occasions. 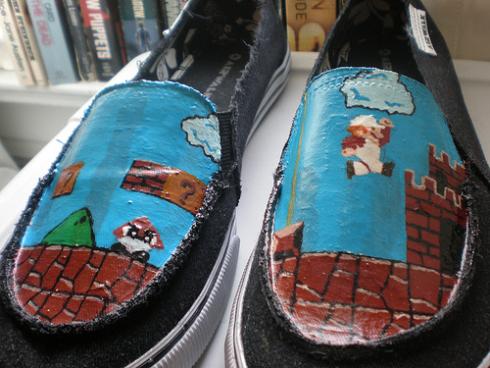 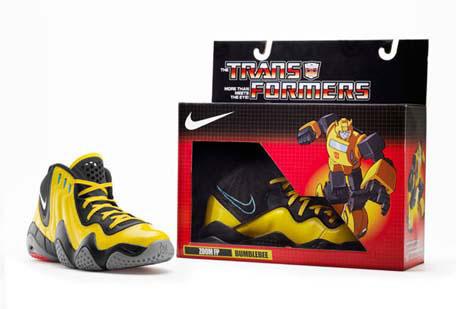 If you remember the movie Transformers, you would know that behind all the action and violence, the characters also need some great pairs of shoes to support their legs. These shoes are inspired by the Transformers and would allow you to run like a video game character, but only these shoes can’t be worn. 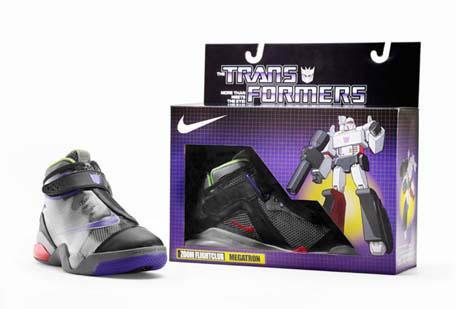 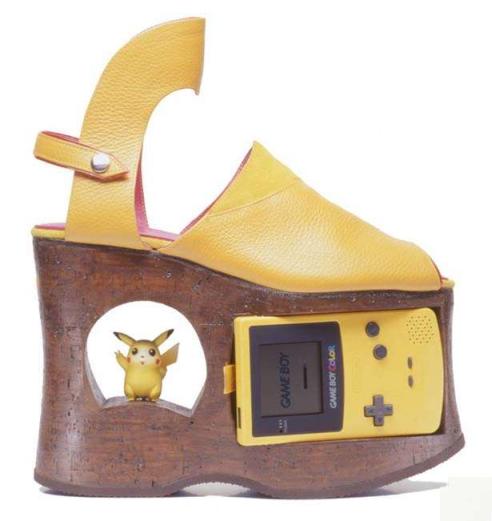 If you were a fan of Gameboy Color, you would know that games during those days were not only fun and simple but also opened a world of imagination and dreams. The Nintendo Gameboy inspired shoes may look bulky but they do look cool. However, they are not really practical as you can neither use the Gameboy nor the shoes. 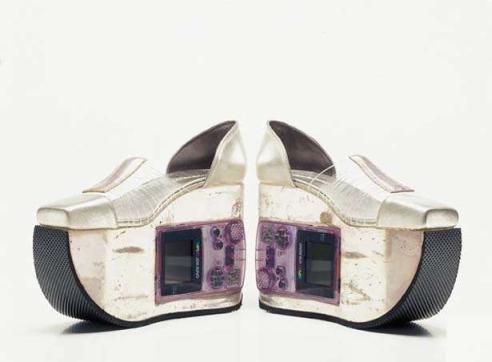 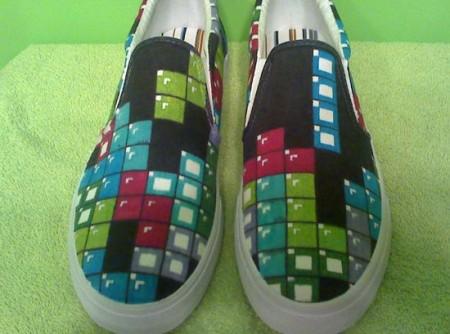 Tetris started as a humble game during the early eighties when most of us were not even born. However, Tetris being one of the first games we ever played, these colorful Tetris Block Shoes are a pleasure to our eyes and immediately takes us back on a journey filed with nostalgia. I like the way the shoes look incomplete with the blocks. 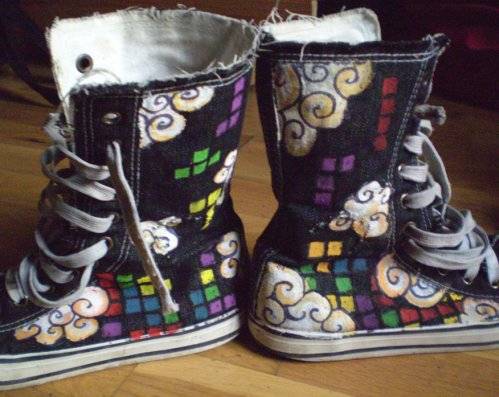 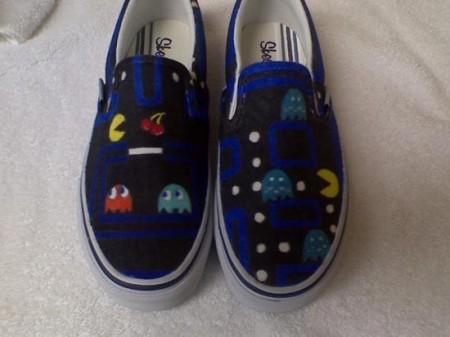 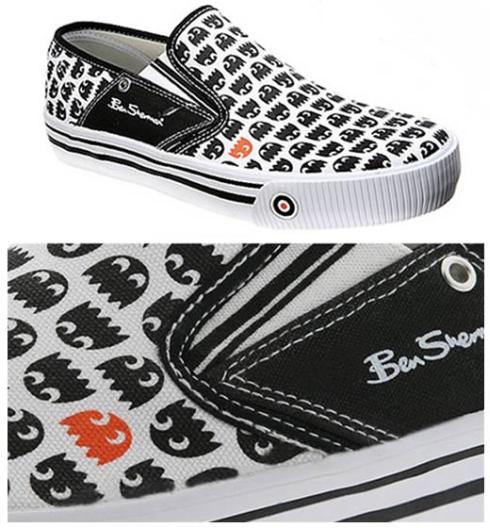 Pacman is one of the all time favorite games, and the legacy still lives on. These Pacman inspired shoes are a must-have for anyone who is totally into this cool game. The Brazilian Painted Pacman shoes are almost out of this world and would leave any fashion designer green with envy. The rest are just as amazing! 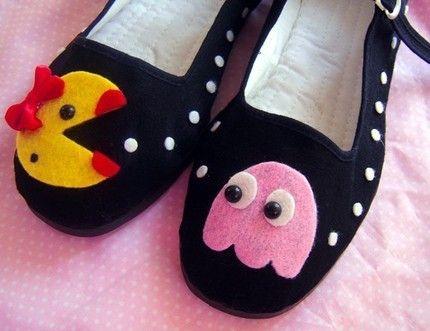 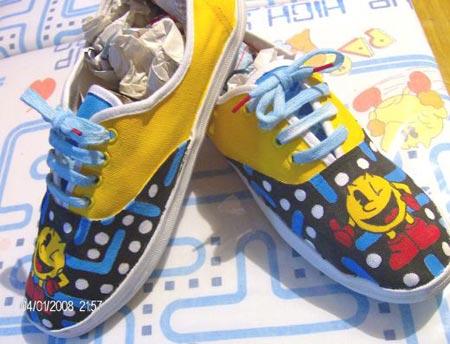 This Halo 3 inspired shoe may not exactly be available in the market. Nevertheless, it is one of the most expensive looking shoes I came across that was also inspired by an action game such as Halo. Halo fans need to keep their eyes open for these shoes’ release or launch. 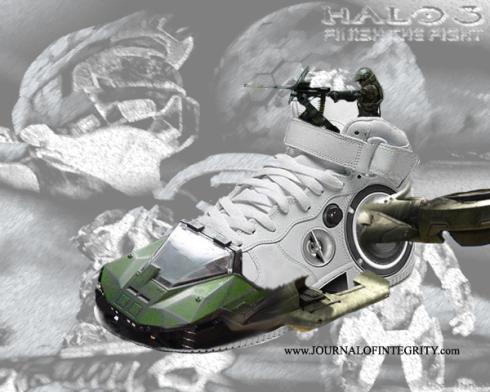 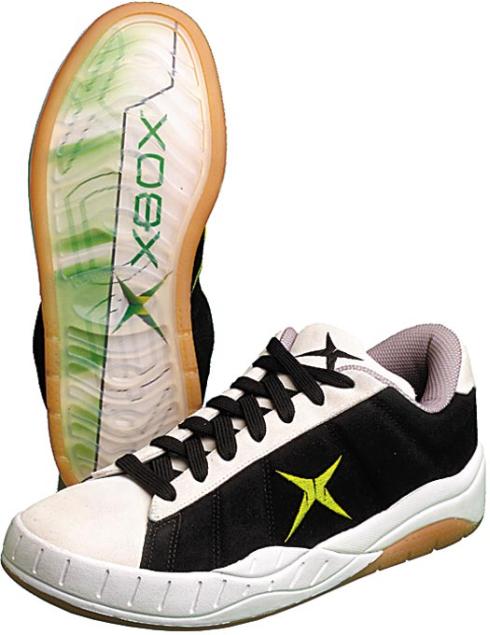 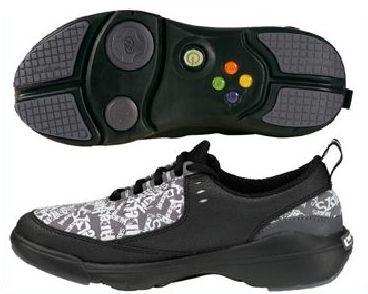 Shoes that are inspired by video games tend to forget that there need to be a console in the first place for these games to be played. Thus, these Xbox themed shoes are a tribute to one of the biggest and most popular consoles available in the market today. However, they are not exactly what you might call “stylish”.

These arcade themed Pro Ked shoes definitely look quite bad, but we must also remember that arcade games as we played them when we were kids were not as advanced as they are today. Perhaps these Pro-Keds shoes aim to bring back the sloppy and sappy nature of our childhood days when we played arcade games earnestly. 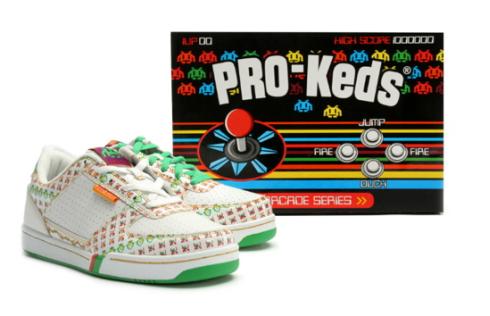 The Nike Blazer High Playstation 3 Edition are a cool pair of shoes that come with black leather and layered detailing. The chameleon detailing which you would see on your PS3 can also be found on these elegant black sneakers. It is a must have for any fashion conscious geek. I am sure the rest of the PS3 fans would be amazingly envious of the wearer of these sneakers. 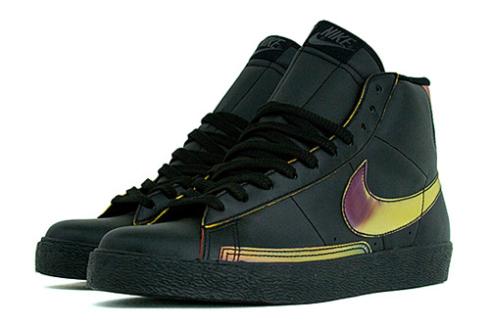 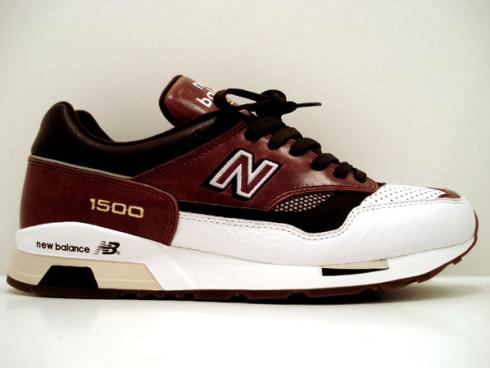 Japan is known for its many vibrant and almost mysterious games that look pretty cool but never make it to the West. With such mystery lurking around Japanese console games, it would be awesome to get one of these pairs of shoes which are inspired by those very enigmatic Japanese console games. 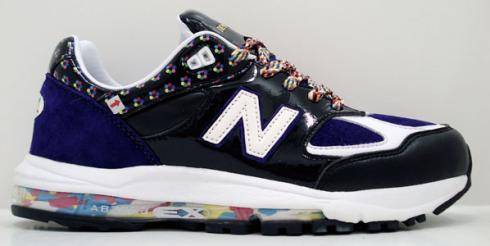 All these shoes inspired by various video games and consoles must have encouraged you to hunt for some geeky shoes for yourself. If you can’t find them, you must try pimping your existing shoes!

7 thoughts on “20 Geeky Shoes to Walk in Style with”