The Hobbit Board Game Pits You And Your Friends Against Smaug

It is considered a rite of passage of sorts, being a geek and reading the JRR Tolkien novels. The Hobbit, being my personal favorite, always struck me as the most lighthearted of the bunch. The adventure into Smaug’s lair and to his eventual demise seems like it would translate well into a number of mediums, including movies, video games, and now a recently re-designed board game. There was another iteration of the same name in 2001, but this Hobbit Board Game was created by the legendary board game designer Reiner Knizia. Set sail for fun! 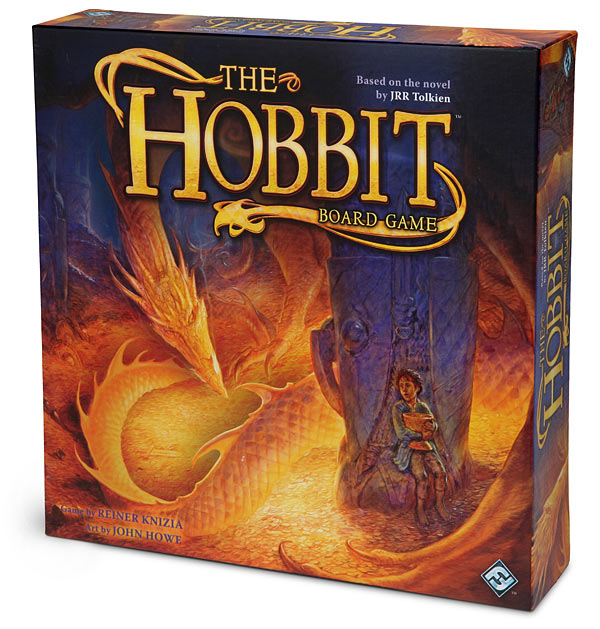 One of my favorite aspects of this game is that unlike many board games, you are not actively working against your fellow players. Instead, you will need to work together, traverse Middle Earth, and work your way toward defeating the infamous dragon Smaug. Each player gets to play as one of Bilbo’s dwarf companions, so I suppose it is OK to be greedy here. That treasure is your destiny, after all, so you need to do whatever it takes to get it back from the dragon that borrowed it from you. The game’s play is designed to be fast paced, a quick and brutal affair of setbacks and successes. Can you defeat the dragon? Maybe. The game comes with a whole slew of fun pieces, including 129 cards, a Bilbo figure, Smaug figure, 15 markers, 25 dragon tiles, and 50 provisions. That is a whole lot of bang for your buck for $35.99

If you are a big fan of the Lord of the Rings swag, you have plenty of options. This Lord of the Rings Etched Bar-Ware would be the perfect compliment to a night of battling dragons, and you can conclude with a recap over some ale and your epic tales of woe and victory. If you want to stick it to all of those Harry Potter fans, you can figuratively crap on the series with this Harry Potter Toilet.