It feels like just a few years ago it was really tough to get a locally made beer. There just weren’t that many options other than nationally produced beers like Budweiser or a few Imported goodies such as Guiness. In recent, years, however, the popularity of Microbrews has exploded. Now you can get all sorts of locally brewed beer if you’re willing to pay a small premium, and it has paved the way (In my region) for the likes of Victory Brewery Beers or Yards to create a foothold. If you have been noticing the success of smaller beer companies and want to capture some of that glory for yourself, you have come to the right place. This Home Brewer’s Complete Beer Kit will give you everything you need to start brewing. 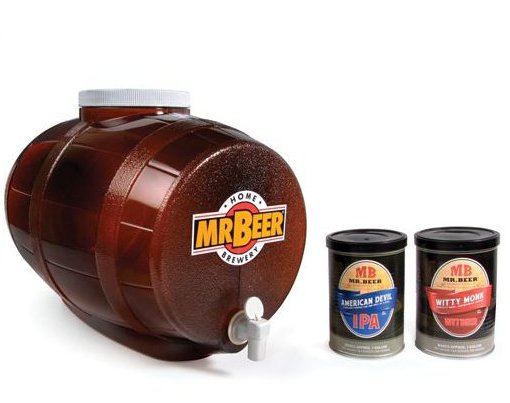 The kit comes with a full set of ingredients, including two hopped malt extracts for distinctly different types of beer. The first is an India Pale Ale, which is described as a “reddish-gold hoppy ale” and a Witbier, or Belgian Wheat beer with “Coriander and orange notes.” The extracts are combined with yeast and tap water and allowed to ferment in the appropriated fermentation tank for seven days. 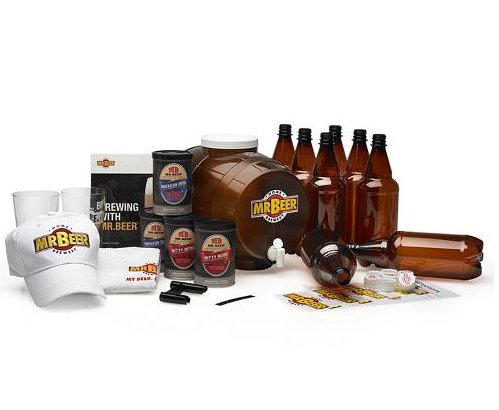 After that the beer develops natural carbonation and you can begin drinking immediately. The brew will clock in at a respectable 4.6% Alcohol By Volume, and you can put your new brew into the provided 1-liter plastic bottles. Sanitizer is also included along with two pint glasses for easy reloading. If you are happy with your IPA and Witbier, you can broaden your horizons with 18 additional recipes. The price of Find great deals on quality items at the $89.95

is a little steep, but given the fact that everything you need is included, it isn’t a bad deal.

There is also plenty of beer related ware here on Gadget Him. If you are looking for fun ways to get you beers open, check out this set of 19 creative bottle openers. If you’re more of a fantasy fan, you can pick up some Lord of the Rings Etched Bar-Ware.