The Web is filled with creative designers who can create such marvelous designs of the devices which are masters at their own work. These devices are aesthetically so beautiful and catchy that they are potent enough to capture every one’s attention at their one go. Here is the latest design of Creative Team leader Jongchul Kim and his team which has been inspired by a part of nature’s or for all the theists, god’s most intelligent creation, the human being’s eyeball. Here is the one of its kind “Mint webcam- The Eyeball” which not only resembles one but even works like it. 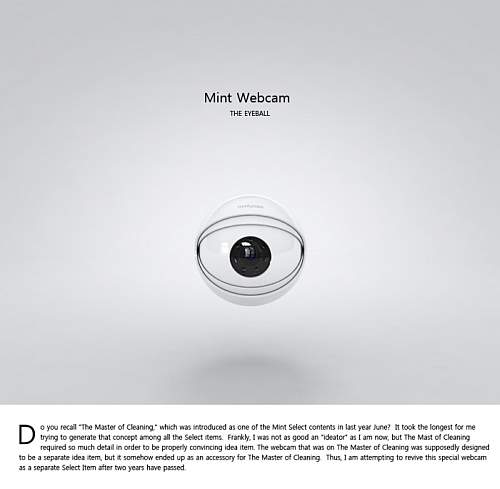 As we all know that cameras are devices which incorporate the ability to see things but none of the camera’s have a vision, clearance and detailing which a human eyeball can give. This webcam has been shaped and the technology used in this is done to duplicate the same movement done by a human eyeball. Like as we can’t keep our eyes in a normal state without blinking for a long time as our retina will start drying up and will pain. 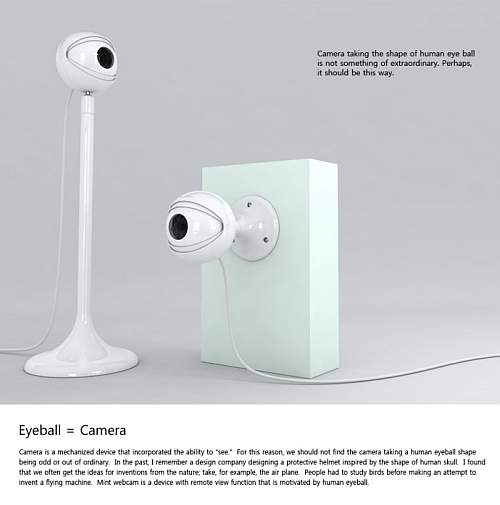 An addition has been done to this camera where even it blinks, its eye lids from time to time which has been added as a fun feature. It even rotates to give the monitor a wide range view of the area although you can control the rotation by a PC or Internet connected Mintpad to control even you are out of town. 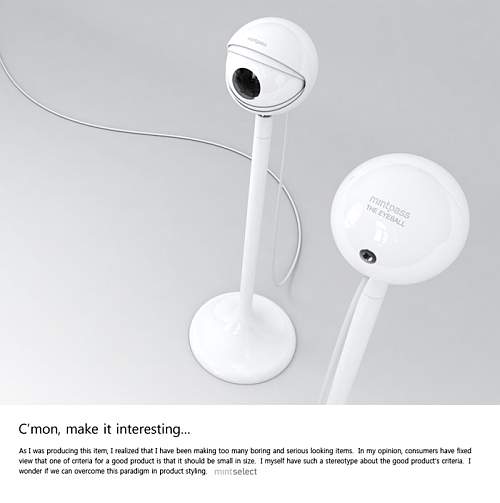 Another excellent feature about this one is that it even works on a “night security mode” where the camera part turns red and looks like as if it has red eyes and without the blinking of eyelids resembling a person giving a suspicious or skeptical look. 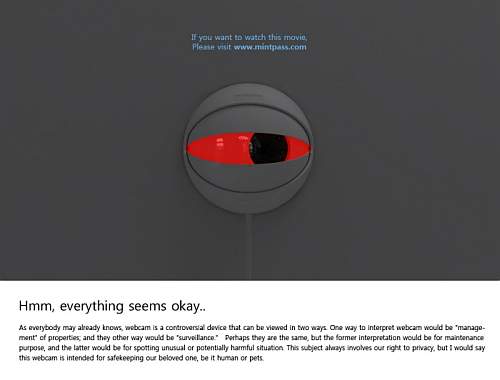 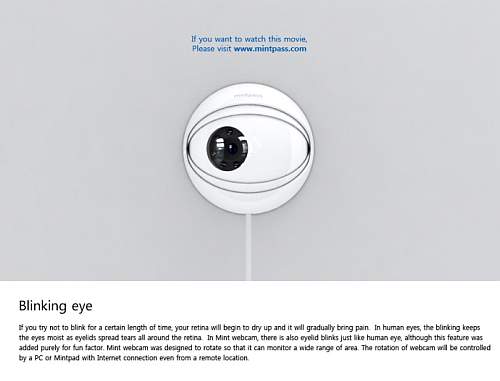 After taking two years of break, Mintpass’s creation to make a webcam resembling a eyeball has been really a very unique and an effective idea of approaching towards devices and their working system in a different manner. 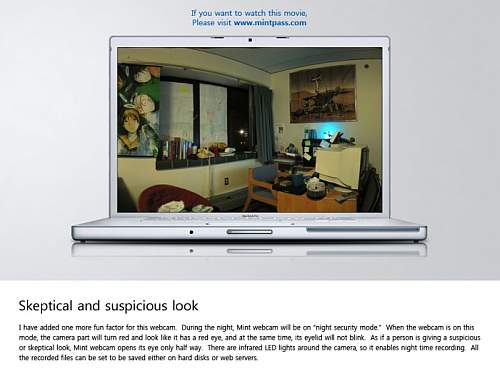 You can see some such concept product like Visual Mobile Design and Physalia Amphibian Ship.

3 thoughts on “The Human Eyeball Webcam”