Conserving water, so hot right now. An excellent way to tackle the issue is with Hydrao, The Smarter Shower Head, letting you know how to adjust the flow through coloured lights. 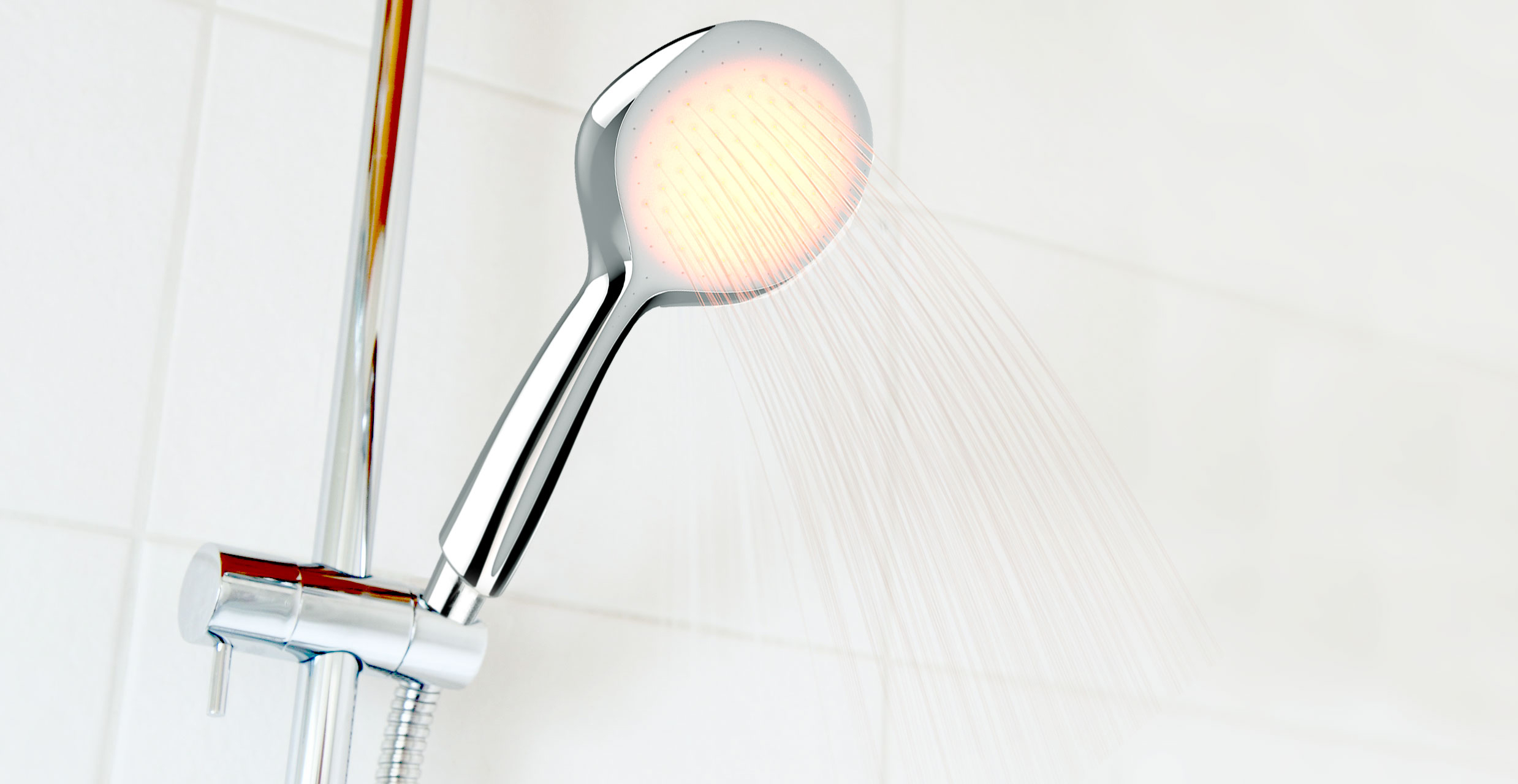 People use more than 50 litres of water while taking showers, way too excessive and expensive, when you consider the heating costs as well. The Hydrao system adapts to your current pipe and learns, more or less, through the rate of flow how much water is being used/wasted while you’re taking a shower.

The real gimmick is the colored lights, an alert system to let you know it’s time to pack it up in there. By the use of a chip inserted inside the shower head, working not on batteries but the flow of the water (ecological in every possible way), it lights green while you’re still under the 50 litres of water used during a shower, turns to a blueish-purple color to warn you it’s time to wrap it up and flashes an alarming red once you’re past the point you’ve set out to stop in.

Simple, effective and a pretty cool addition to your shower. With being “Green” becoming all the rage right now and the importance of not wasting away natural resources just because we can pay for them growing, a shower gadgets like this could make a big difference, while making showers a little more interesting.