The 19th century saw the creation of coin operated music boxes and player pianos and with the advancing technology, in 1890s, coin-operated phonographs joined in. As time passed by, the 20th century brought many classic electronic devices with the first one being an automatic phonograph (later known as jukebox) which was produced by Automated Musical Instrument Company, in 1927. Similarly, each year saw development in these devices and that development is still going on strong. 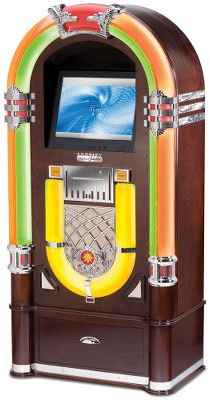 These coin-operating devices were called with different names but finally in 1940, United States gave it a new named, Jukebox. 1940s was called the golden age of jukebox as they were like everywhere and each one with a different, unique design. It left a very big impact on people and here is its example. This is the latest “iTunes Jukebox” which is a combo of golden looks and the trending technology. 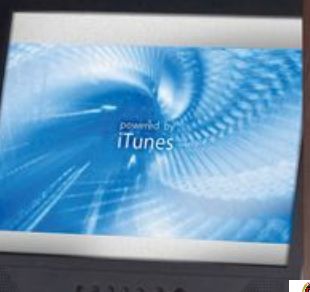 It looks similar to the 1950s Reproduction Wurlitzer 1015 jukebox but the technology used in it is the latest one. This 44 ¼ inch jukebox has been provided with an internal hard drive of 80GB allowing it to store up to 2000 hours of nonstop music. You can load in your favorite songs through CDs, download from internet, copy using USB of Bluetooth interface. It can even burn CDs and both CD-R/CD-RW are compatible with it. The four speakers which add up to a killer 100 watts produce clean, loud and classic sound. Its body is hard and solid as it has been made with a sturdy MDF, solid oak veneers with a chrome coating on the trim construction. Its main attraction is the 15” touch screen through which one can control the whole machine. An additional mouse and keyboard are also included.

It’s an outstanding makeover of the original 1950’s device and I am sure, it will be a great addition to today’s restaurants and hotels, bringing back the golden days. It’s available for $5000

You can even check out Robby The Robot or Compact DJ Mixer , which you may like too.