Jimi Hendrix is one of the most renowned musicians that ever surfaced and although he has been long gone, the persona lives on in different memorabilia as this Purple Haze Bobble Head. 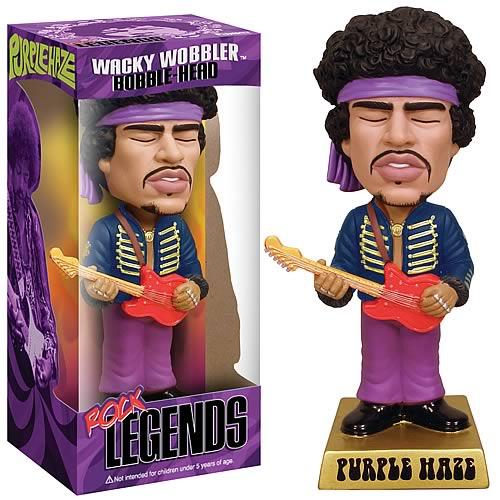 The Jimi Hendrix Bobble Head provides tribute both to the amazing musican and also the infamous Jimi Hendrix song: Purple Haze. With the color theme including his purple bandana and pants, along with the great top, this is a sure collectible toy theat is simply amazing.

As a Hendrix fan, I must make not that it is great the company didn’t screw up and make him a right handed guitarist. Also, you would think every dollar would be squeezed from fans for this, but it is only $10.99, so it is affordable for the Experienced Jimi fans.