If you ask me what’s hot today as far as online gaming consoles are concerned? My answer would be none other than quoting, Jungle PanasonicPortable gaming console system without twinkling of an eye. Designed by Panasonic Cloud Entertainment. 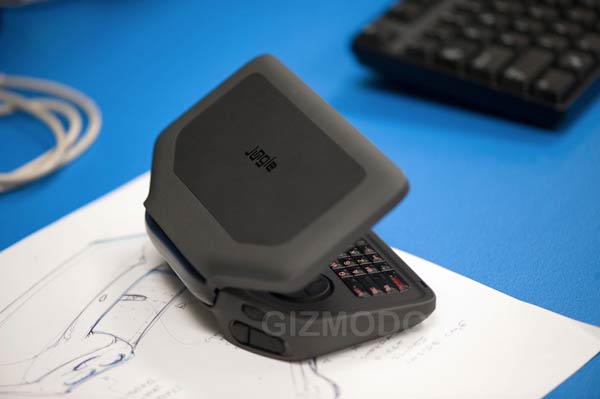 The specialty of this gaming console has been such that it is designed solely for online gaming and MMORPGs. This is the same company which earlier provided the gamers with 300 around 20 years ago. No doubt the PSP and Nintendo DS boast online multiplayer gaming system but they can’t come near to the newly launched Jungle Panasonic Portable online gaming system which looks more like a tiny PC and has a cloud-based media. According to reports, this gaming console also includes a fully featured QWERTY keyboard, touchpad along with a d-pad and shoulder buttons which could be expected in tiny gaming consoles. The console turns out to be a handy affair as it offers assistance like, you can take online games from PC wherever you go.

The console has been touted as a “Jungle” probably because of it looks, they are bulkier and rugged. But its design is such that it could withstand a hail of gunfire. It can’t be said to be a dainty device as it has the ability to be turned into a clamshell.

No detailed information is available about this product as of now, but according to random reports, Jungle Panasonic gaming system runs on Linux OS and its price tag is around $400. But until the product’s price is around $200 or lower, it would be hard to sell it. No mention has been made about the screen whether it supports touch screen. After having a glance over the first picture, you could judge that the console contains a mini-HDMI port. But what would astonish most of the gamers would be the fact that only one game called Battlestar Galactica online has been announced for this handheld. It will be great if more games should be introduced so that the product could sell like a hot cake.

For other cool video game related posts, check out the Trunk Arcade Machine, the LetCool Multiplatform Portable Handset or the Minimalist Street Fighters.