The concept of integrating a kaleidoscope into an LED watch is something entirely new and different. We haven’t seen that before and the best part is that the watch doesn’t even look ugly. I would say that it is a watch that integrates unique style, a new concept, and of course, good features. 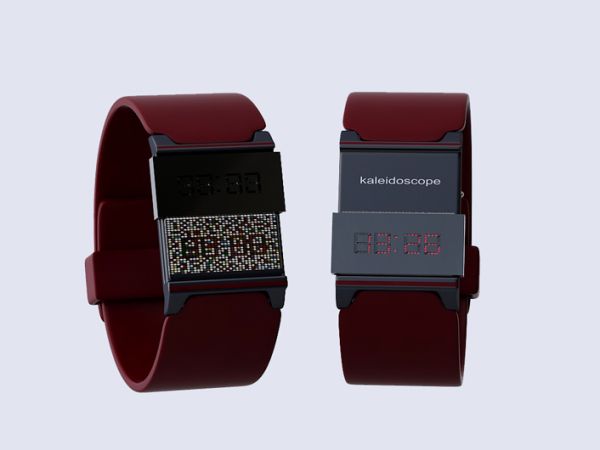 I would also like to add here that this is one of the best LED watches I have seen this year. Like I said, the best part is that the watch has a unique touch and at the same time is a chic piece.

This LED watch is the brain child of Andy from Ukraine. He wanted to create a watch kaleidoscope using LED display lights. The idea behind the watch, in fact, is pretty simple. Andy incorporated a stencil, which covers a chaotic image on an LED display. 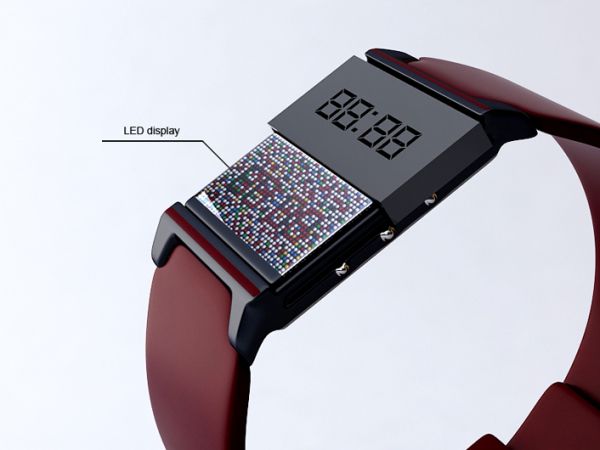 Now, the way you read time on it is pretty easy, too. You can do it using any of the two methods. You can slide the lid over the LED image and read the time, which is actually a more sensible option because it makes reading time easier. The second option is not sliding the lid over it and read time from the chaotic image, which is actually quite CHAOTIC so you might want to refrain from it. 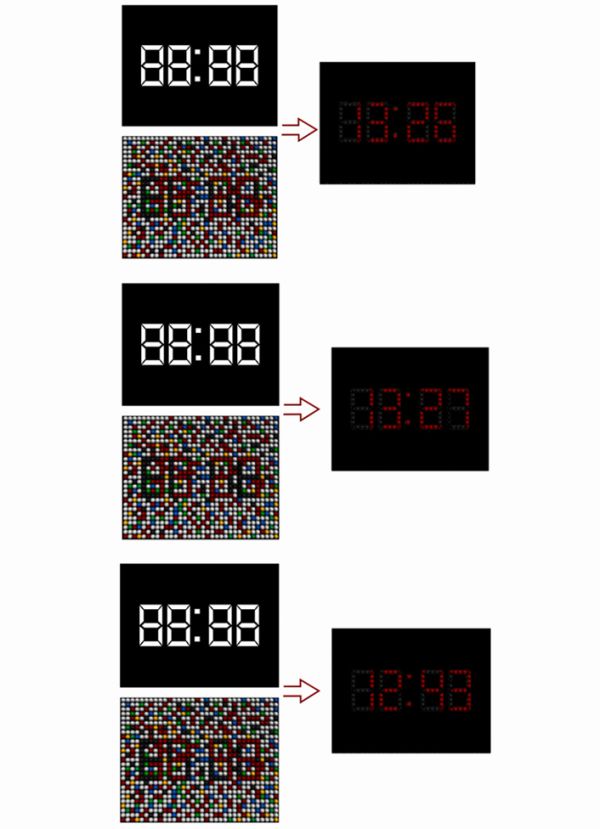 Apart from the functionalities, the watch is also pretty cool looking. First off, the maroon leather straps make it one unique fashion accessory. You don’t really see a lot of LED watches with maroon straps, do you? Now, on top on the maroon straps, you have a gray dial, which of course adds to the beauty of the watch. One can say that it is a very decent and classy piece, which is in par with the technological requirements of today.

If you talk about a watch that is perfect in every sense, then it is this Kaleidoscope watch. Although there are a few things I would have wanted more in the watch, I think right now, even this is enough. I would take this as a start and would suggest Andy to keep producing such watches!

Check out some more watch designs here: The Atomic LED Watch and The Warsaw Watch Design.

One thought on “Kaleidoscope Watch Concept”