If mid air levitating yogis always puzzled you then this cool levitating desktop globe will further add to your amazement, made from cutting edge modern twenty first century technology this globe is here to challenge the centuries old meditating techniques of the yogis. 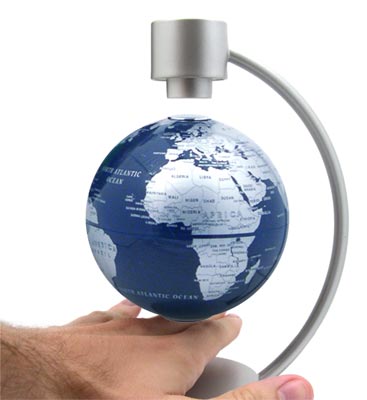 each. These hi-tech levitating globes are electromagnetically suspended and have a great deal of geek stuff behind the working of each one, for example there is a magnetic field sensor that constantly monitors the height at which the globe is suspended and then feeds this data into a micro computer at the base of the unit which then calibrates the electromagnets to a fine level so that the system remains in equilibrium. 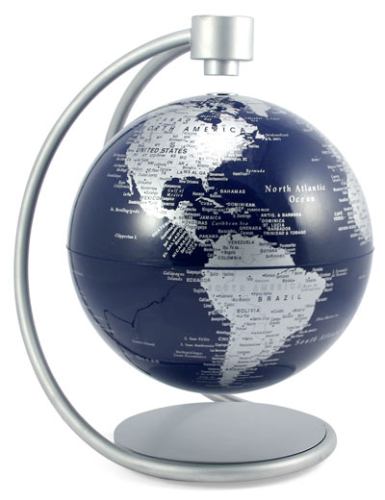 The first time you get your globe it may take a few minutes to get it set up and get it working but once you’re done you will be also able to spin the globe and watch it keep on spinning just like that for hours, kinda cool isn’t it? 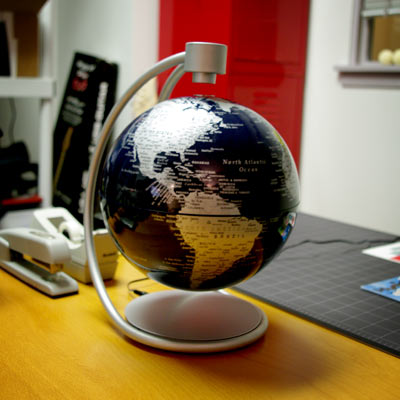 The globes have different makes as the size differs, like the 4″ one has a brushed metal frame while the 8″ one features a chrome finished frame, you also get to choose between black or a multicolored globe. You might also like to have a look at the other cool toys like the weird magnetic bucky balls or the Halo R/C vehicles. 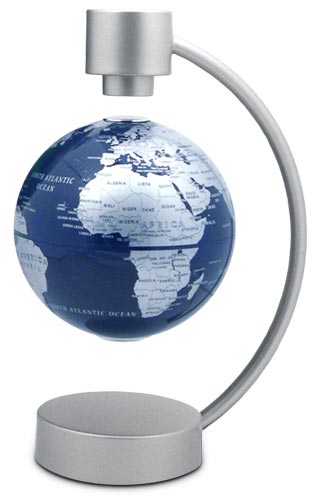 One thought on “Levitating Desktop Globes Are The New Technological Yogis”