What you are seeing in the pictures is a Mack Truck concept 1/10th scale model. The concept behind the design of the truck is a very progressive one. The vehicle has been specifically designed for long distance transportation. It can be placed on super-highway rails and be driven through computers. 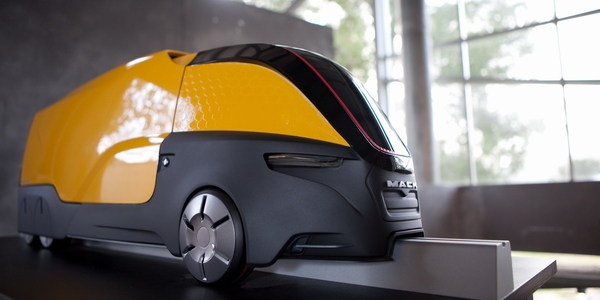 Once back in the city, the vehicle can be taken over by the crew and driven manually. As good as it sounds, it’s just a concept for now. 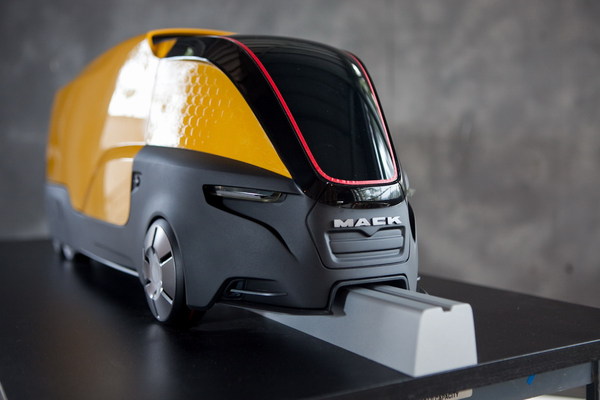 The truck is also capable of being operated in two separate configurations. One configuration is the compressed capacity while the other one is the elongated capacity. The model in these pictures demonstrates the two position system which will be employed in the truck. 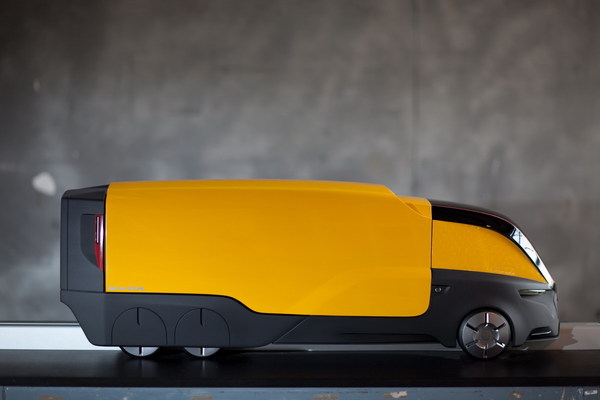 Design of the Mack Truck:

The Mack Truck has a very innovative design. There are four rear wheels; two on each side and two front wheels. The rear wheels are capped to ensure maximum protection while moving on the rails. The windscreen extends downwards to the mid-section. This would allow drivers to have a better look at objects that can obstruct the rail. Of course, this will reduce the chances of accidents. 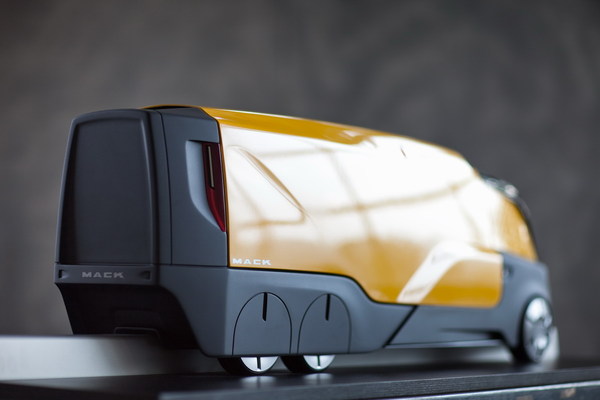 The headlights are narrow and elongated and the rear lights are higher compared to the ones found in current trucks. 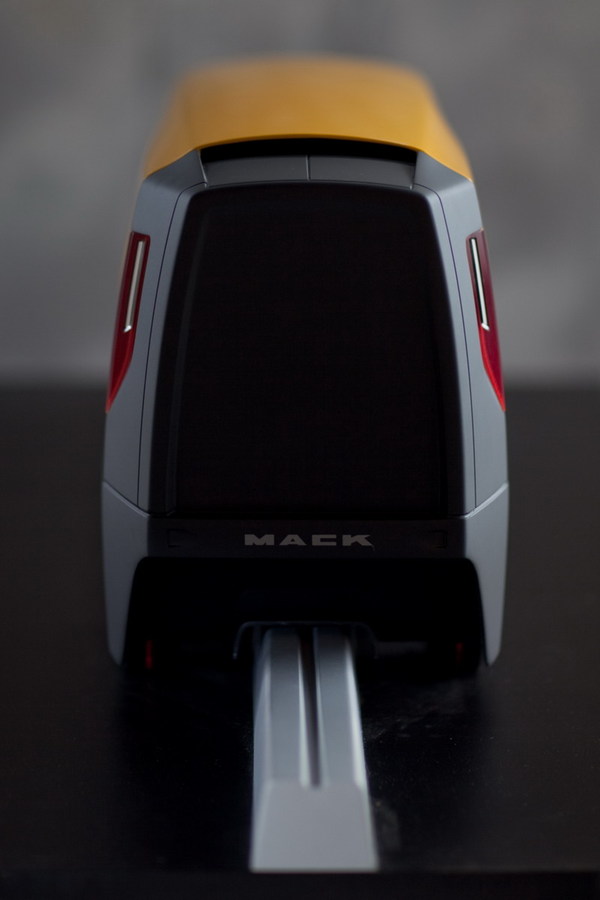 The truck is not ‘energy efficient’ in terms of fuel consumption, but it sure is energy efficient when it comes to saving man power. Unlike the trucks of today, drivers won’t have to drive all the way to another city. Intercity traveling will be easier and less hectic for the crews. They won’t have to drive night and day to reach their destination. But, they can leave the truck on the ‘auto-pilot’ mode and rest while it reaches the city.

The concept was brought forward by Jay Brett and is good but of course this truck alone cannot change the way cargo trucks commute. If the concept comes into reality, the trucks would be either moving on railway tracks or on special rails made for these trucks. Well, right now both of those things seem impossible so I guess we will be seeing these intercity trucks in the next century.

Check out some more concepts here: The Zero Moto Out and The Mob Sports Car.