Minecraft Mania: Things That Every Fan Will Love

When my oldest brother decided to show me the wondrous world of Minecraft a good number of months ago, I was immediately skeptical. A completely and utterly pixel-like game world where you could gather materials, construct weapons and tools and then do what, exactly? I suppose being used to more linear gameplay, the idea of crafting a randomly generated world into my own vision sounded like a lot of effort that very few people would end up enjoying, least of all me. Yet as I have hobbled along, the game has really grown on me, and I am flat out amazed by the recreations people are able to put together in the Minecraft world. It appears that millions of players agree, and the game has had a meteoric rise to fame. If, like me, you find yourself a newly faithful convert to the Minecraft cause, you may want to show that spirit off. Here is some great Minecraft swag that will help you do just that.

The pickaxe is one of the most useful tools in the Minecraft world, but it has its limits. 132 uses, to be exact, but thankfully this Minecraft foam pickaxe isn’t subject to those limitations. Constructed from heavy duty EVA foam, you can safely hit it against anything but a real life vein of iron ore. Whether fighting off zombies or poking creepers, the Pickaxe is an icon from the game, and now you can have the real life version. 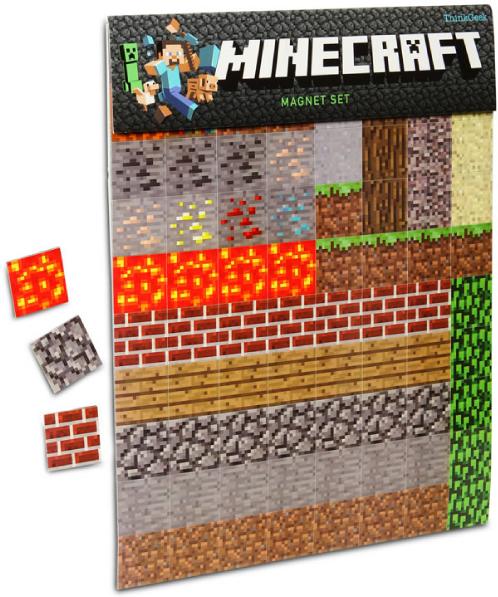 After a long, hard day of world creation, you might need to get yourself a frosty cold beverage from the fridge. While you are there, why not step up and throw together some ideas with this Minecraft magnet set? Your favorite tile pieces are included, 16- in total. These include the infamous lava tiles, forge, workbench, planks, and iron, along with a few rarer sets like the pumpkin tiles. That is a whole lot of Minecraft fun in one little package!

A Link to the Past: Minecraft Style 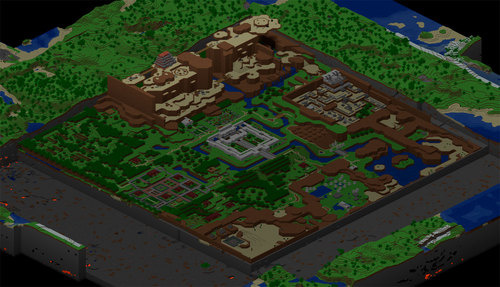 There are very few video games that I can say I really loved and would play over and over, but The Legend of Zelda: A Link To the Past definitely makes it into that group. Thankfully for me, someone actually spent over 100 hours in order build a 3D replica of the Link to the Past world in Minecraft. You can go back and visit all of your favorite places from the original game, and the creator has stated that as Minecraft’s functionality improves he will add other features like dungeons, caves, and houses. Being able to explore Hyrule with my friends definitely sounds like a night of good fun to me. 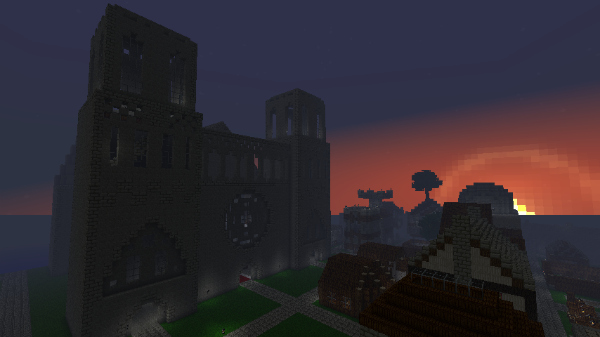 While being able to create a world is great, I always found that my real attraction to Minecraft was the ability to play with your friends. I have examined and played on a few multiplayer servers myself, but none of them compare to the multiplayer experience of Super Earth. There are a variety of breathtaking scenes and massive structures built into the face of the world, along with a town system for enterprising individuals who are looking to stake their own claim. On the whole, the people who runt he server seem to be reasonable and friendly. If you are a long time Minecraft player and haven’t had a chance to get out there and visit the place yet, I highly recommend it. 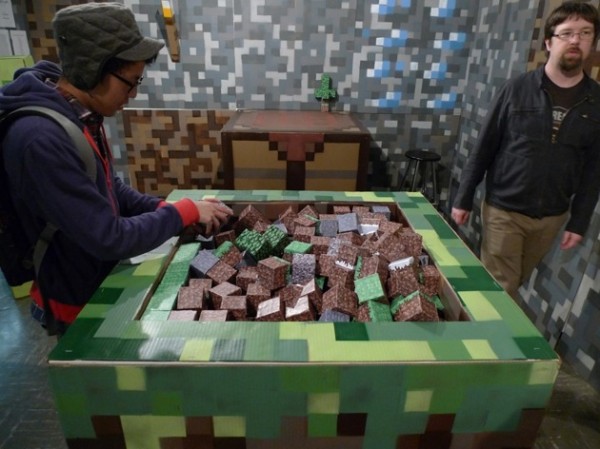 Being able to forge a world of your own is what Minecraft is all about, and being able to take that spirit into the real world definitely sounds like a real treat. Jeffrey Kam and Cody McCabe have managed to create Minecraft IRL for all of you hardcore nerds out there. The co-creators printed all of the same textures and blocks that Minecraft uses, and you can find it on display at San Jose University. As you might expect, the blocks are rather large and awkward, and measure up to 1 meter tall. While not very practical for actual construction, visiting the exhibit would definitely be an immersing experience.There are two crafting tables in the gallery along with a number of completed tools, not to mention a variety of LED torches around.