It’s an often true myth, that guys love motorcycles and girls love motorcycle guys. For a girl, what can be sexier than a guy mounted on a super bike challenging all the risks our parents have warned us about? For a guy, what can be better than riding full-speed on the highway with cool wind in his hair and a girl leaning tight on his back?

However, the myth could be easily overthrown if you are riding the best motorcycle but dressed up like a dork. A cool looking motorcycle suit is more than necessary to flatter your body and effectuate the motorcycle sensation. We’ve combined the list of 17 coolest motorcycle suits for your reference. 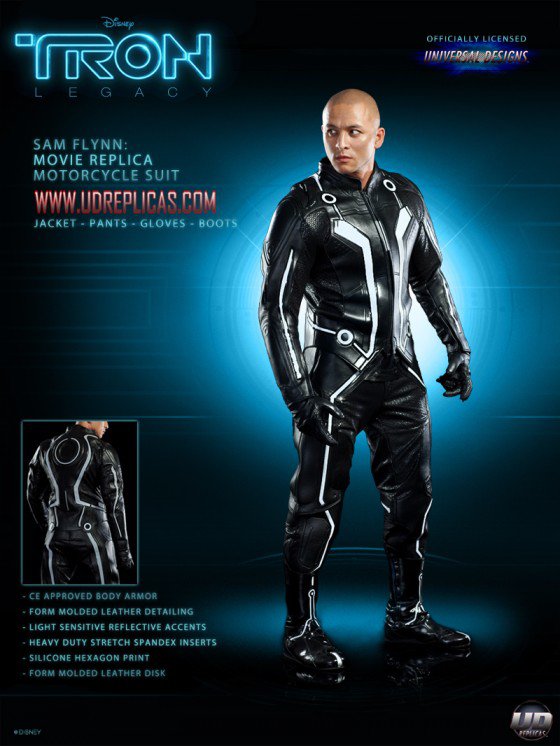 Fans of TRON movies will never forget the breathtaking moments involving bikes in the movies. Now you can realize your fantasy with this authentic Tron Movie Replica Leather Motorcycle suit, Even if you are not a fan of TRON, this suit is still a badass complement for your beloved bike.

After decades of watching the mesmerizing suit in the comic books and live action movies, Iron Man fans are finally able to put their hands on their favorite superhero’s costume, thanks to Universal Designs. The Iron Man Mark V has been launched as a motorcycle suit which makes bikers drool to have one and inspires non-bikers to ride. 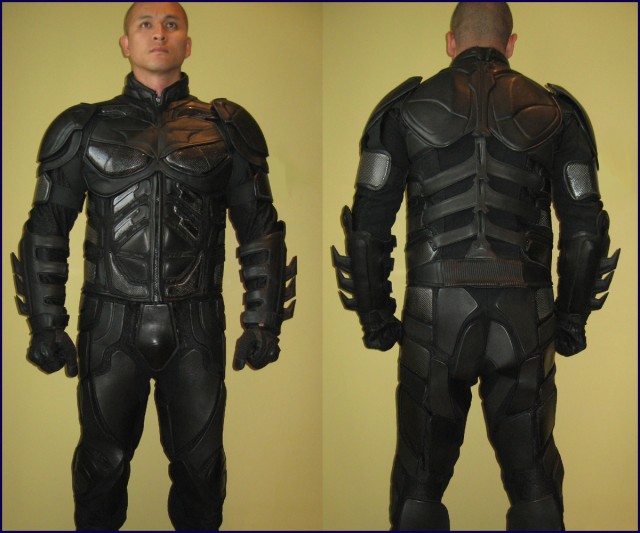 With this stunning authentic The Dark Knight motorcycle suit, Universal Designs has proved to be an expert in recreating superheroes costumes seen in movies. The Dark Knight  Motorcycle Suit comprises a full-leather jacket that includes lightweight interior lining, as well as molded-leather and Kevlar armor sections; pants that include heavy-duty, four-way stretch Spandex inserts and CE-approved armor; authentic gloves and boots that replicate the amazing on-screen design.

It’s safe to say that X-Men Wolverine’s identity is linked to the bikes he rides, as well as the stunts he does and the suit he wears. The replica, from the X2 movie, uses four different types of leather intertwined to recreate perfectly what was seen in the blockbuster. It was created by Universal Designs Replicas to help you experience the hero’s actions and wow your chick at the same time. 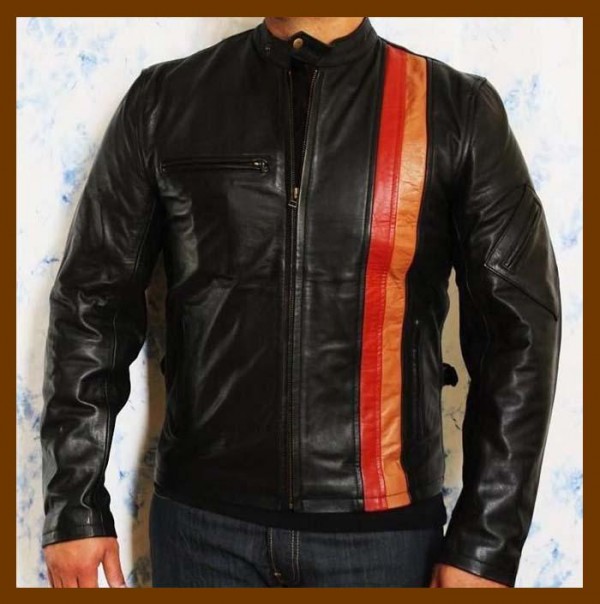 If you are an X-Men fan, you probably fancy the dominantly ultra-speed Harley Davidson that Cyclop has, and will definitely love this jacket. This is an unofficial remake of Cyclops’ black leather jacket from X-Men “X3: The Last Stand.” It is made in premium quality A GRADE 1.3mm milled cow hide leather. The red/yellow stripes on the left is to add to its authenticity. 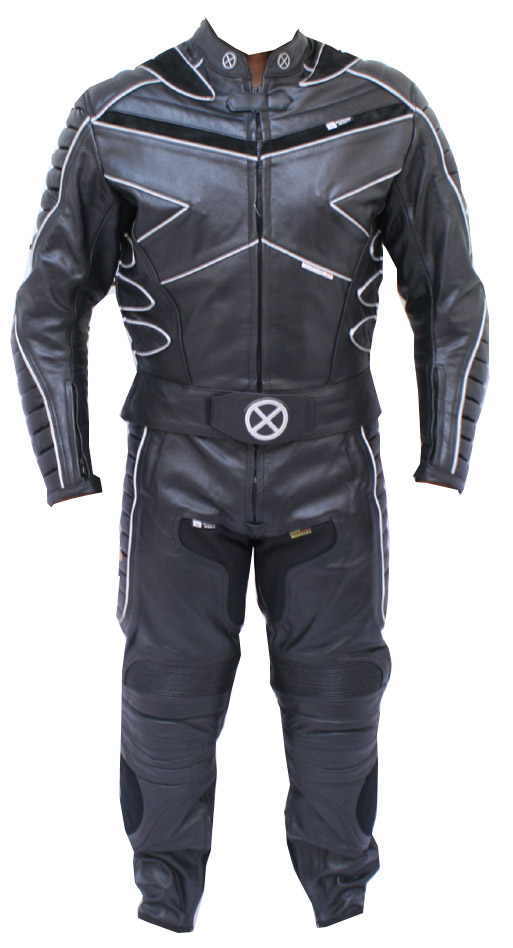 Another goodie for X-Men crazy fans, this excellent protective, tear resistant X-Men suit will give you extraordinary power on your bike. This is race-legal and can be used on all racing tracks as well as for street riding. 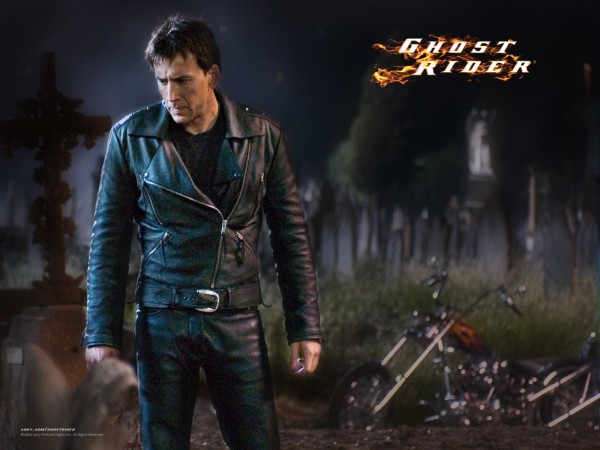 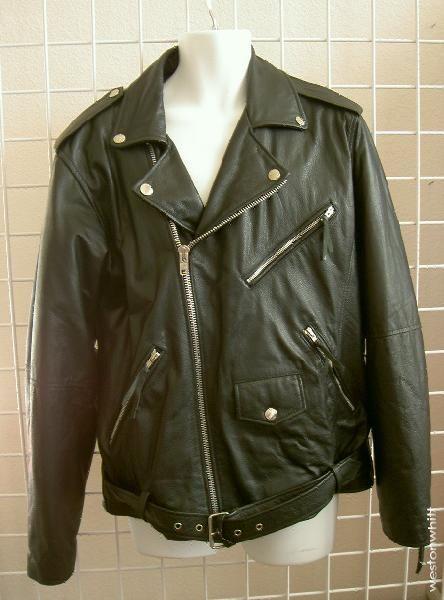 What can be more authentic than riding a bike with a suit straight out of “Ghost Rider”? This Wilson’s Leather Motorcycle jacket was originally purchased for use in the movie Ghost Rider, but the director decided to go with another look, so the jacket was not used. However, the two still look strikingly similar.

This is not exactly something that you will see in the legendary movie, but it’s enough for you to get the vibe of the thrilling actions and for people to make out what movie they should take you to. This is a black leather suit with a removable zip inner lining and full covered Ghost Rider logos both on the back and on the front. 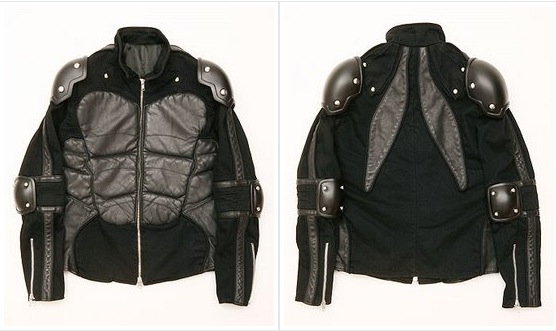 Even if you are not familiar with Japanese active movies (oh boy, don’t tell me that you are wondering if there are movie actions in Japan), you might still be able to figure out that this Next Jacket is inspired by those worn by the Kamen Riders in “Kamen Rider”, also known as “Masked Rider”. 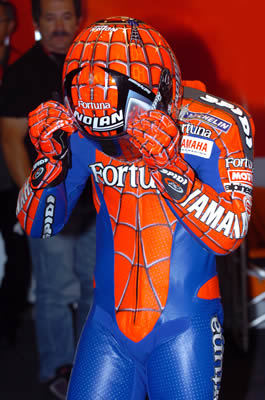 Even though it’s doubtful if the Spiderman prefers riding bike to crawling up the building, this Spiderman is still eye-catching and highly collectible for Spiderman fans. In a reprise of his 2002 250cc getup, Marco Melandri turned up at Estoril for the Portuguese GP clad in a new ‘Spiderman 2’ outfit. It also comes with a Spiderman helmet. 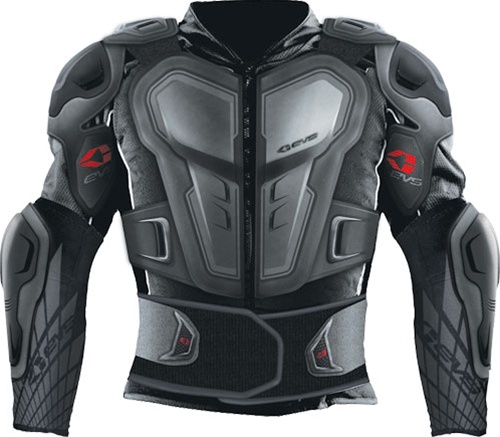 Forget about the Batman, the Iron Man, the Spiderman or whatever man suit, this EVS motorcycle suit will make you proud to be a real man. Don’t lie, I know you can kill to have one of them for your next street ride. 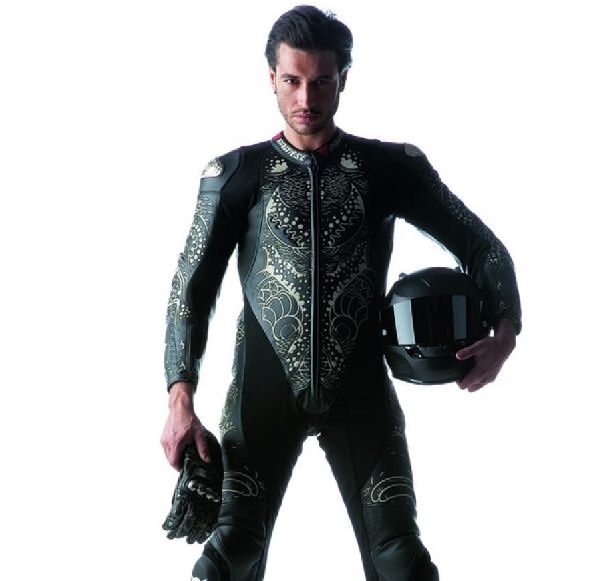 Somehow, bikes and tattoos usually go together. For bikers, tattoos are not just simple body art but also a way to express himself on the highway. With this in mind, Australian artist Luca Ionesco has created a unique design which comes with a less known but advanced technology called the laceration, this sandwiches kangaroo skin with white Lorica called the Tattoo. The garment would appeal to those who love tattoos, have a surreal sense of beauty, and to those who can carry such a cool design on their bodies. 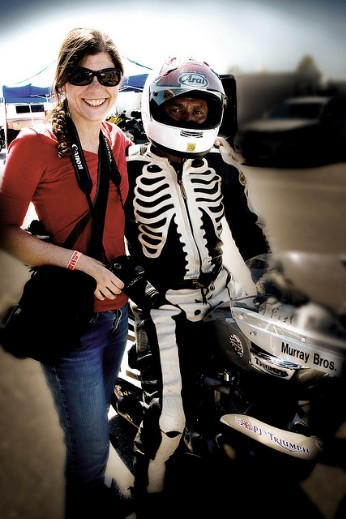 It’s hard to miss out this dazzling skeleton suit on a busy highway. Leah, the lady in the picture, felt obliged to take photo with the man in this skeleton suit even before she found out who he was, simply because she loves the suit. In case you haven’t figured it out yourself, this man is David Aldana, the master of virtually every type of motorcycle racing, across a long and successful career. 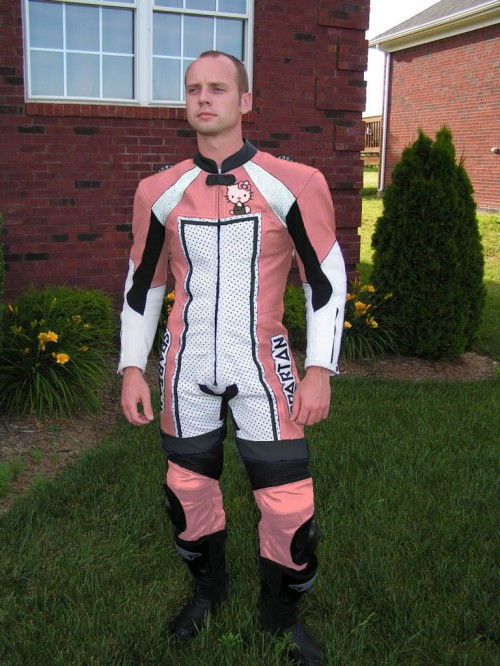 A tip for motorcycle suit shopping: if it’s pink or has Hello Kitty on the chest, it’s probably not for males. If you still want to wear it, your chances of getting a date is pretty much under zero unless you go to a gay club or pay heavily for it. Luckily, this suit seems to be a Photoshop joke rather than an actual shame on biker community. 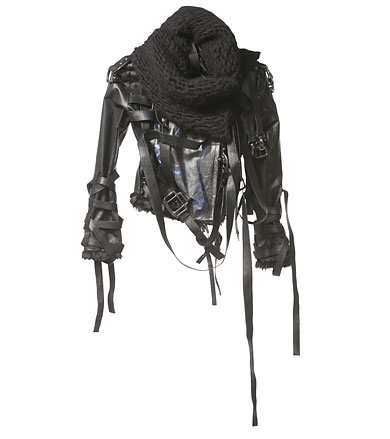 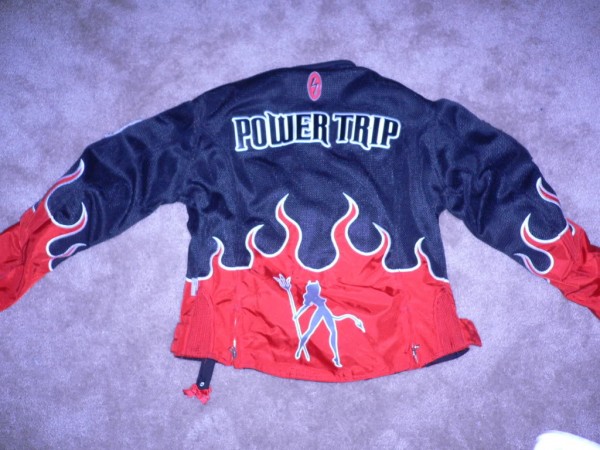 Guys, admit it, you are not the only ones who have all the fun. Girls can ride motorcycles too, and they can also be kickass with their own gorgeous motorcycle suits. The garment in the first picture is the Rodarte Motorcycle Jacket, a “Go for Broke” accessory according to NYTimes, with the price tag of $3,795. The second one is the Powertrip Womens Stiletto Jacket which is no less cool with an outer removable waterproof liner and comes at a much lower price. 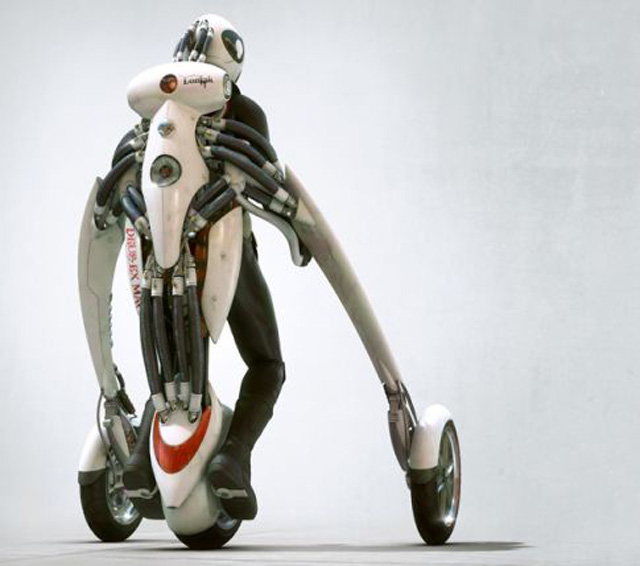 This is where fashion and technology really collide, and create a disaster. Art Center College of Design student Jake Loniak has designed a concept vehicle that can be worn as a suit called Deus Ex Machina. The three-wheeled exoskeleton is designed to be parked upright, allowing a driver to simply step in to the suit, and can adjust the position of its wheels to flatten its profile as speed increases. Powered by lithium-ion batteries and ultracapacitors, and controlled through the use of 36 pneumatic “muscles,” the concept would be able to hit 75 miles per hour when topped out.