I have come across thousands of gaming console mods, each one making every gadget geek jump with excitement by introducing new techniques and features in every device. You must have come across many Nintendo devices, but this 64 Boy is just one of its kind, extraordinary in its own way in the form of smallest portable N64 mod you would have every seen. 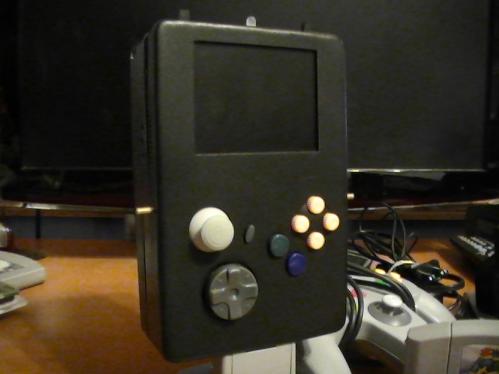 This little handheld device was a super invention of Bentomo who took at least 3 months to make this 64 Boy, as it is named, that has a size of 165 x 110 x 53mm casing with a 3.5-inch display, and also has an external docking system to plug into real N64 controllers.

Supporting 4 controllers, which makes the game more competitive, along an amazing battery life of 4 hrs, and an external memory pack slot, I guess every geek is set to get the best deal they can ask for. You could probably try building one of these on your own with your old Nintendo 64 console by watching the techniques from the video.

Hold on to your seats, for this gaming console is up for sale! Yes, this maker of 64 Boy is ready to sell the device at the best bid he can get. So don’t wait to give another gadget lover a chance, for you can have it on the spot by offering $1000 only.

Also check out other such interesting gaming consoles, like the Bombed Out Gameboy or the Nintendo Gameboy Wallet .