Some of the most revolutionary ideas in the telecom industry were the inventions of Bluetooth, Voice Command, and the Hands-Free; all of which aimed in making our lives easier and simpler. Now the Japanese wireless carrier NTT DoCoMo has challenged all of the above tech by inventing the earphones that you could operate using simple eye movements, and above all without using any external camera. 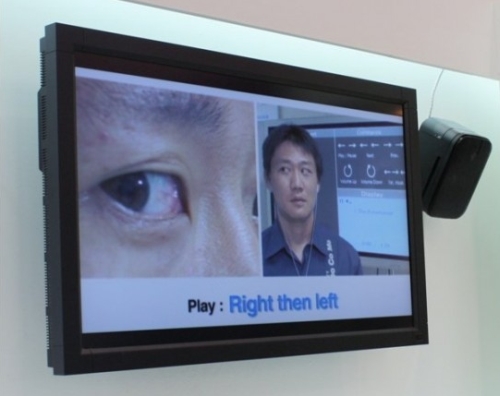 This new tech that DoCoMo has been working on, is a project they began in the year 2008 implementing electrooculogram (EOG), a medical device used for measuring eye response. The device functions on the following principle, the human cornea has a positive charge, and every time you move your eyes this charge shifts between the space between your ears. This shift of charge is picked up by the new earphones designed and fitted with multiple appropriate sensors to signal various functions.

The best part of this tech is that it can be implemented at a number of places like music players, mobile phones, and other such electronic devices. Although as cool as it seems, there are still a few glitches in this tech, one of the major glitch is that DoCoMo has failed to devise a lock system for this gadget, which means that every eye movement you make will get interpreted into some command, check out the video to get an idea.

In the meantime you could also have a look at the Siemens Concept Phone or the cool Blue Bee a cool phone to hang out with!