Past Future: The Next Generation Music Player

As a particular technology progresses, it usually does not carry forward any design imprint of the older model it has replaced. Take, for instance, the portable music player.The box-shaped Walkman was probably the first music player that one could carry around in their pockets. When magnetic tapes were replaced by compact discs, portable CD players (also known as the Discman) emerged in the market. CD players were oval and did not share any design similarities with its predecessor, the Walkman. With the dawn of the internet, digital music became the most popular format and this led to the birth digital music players that were very different from the Walkman and portable CD players. 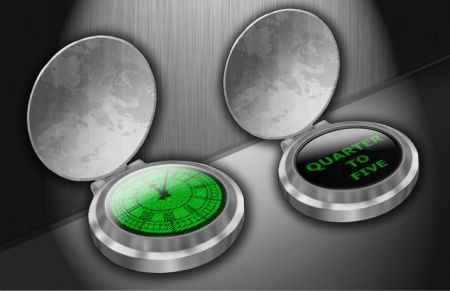 Designer Maciej Mandrysz has fashioned a futuristic gadget in a design aesthetic that carries an imprint of the past. The design project is a concept for a next generation music player that will be able to do a lot more than just play music. Tentatively titled ‘Past Future’, the concept is a mix of new age technology in a classic, old school design frame.

The technology of Past Future is loosely based on the lines of the iPod Touch that allows a portable music player to view photos and videos as well. The futuristic gadget will have a liquid electronic display (LED) with a complete touch interface. The display will be a high contrast, high resolution screen that should offer the user a highly appealing user interface.

Past Future would primarily be a media player that could be used to share photos and view videos as well. Some of the other functions of the next generation music player would include displaying information about the weather and generating maps of a particular area. The various modes of the music player would be displayed in a matrix menu.

Though the technology of the concept music player is definitely inviting, it is the old school design of the concept that should set it apart from its competitors.

Past Future incorporates the design of a device that is seen as a symbol of sophistication – the pocket watch. The external body of the music player is a round, moon dust colored frame which is a throwback to the classy pocket watch. In fact, the advanced music player would also function as a time keeping device with a digital and analog inspired dial.

With Past Future Maciej Mandrysz has attempted to present an innovative technology in an antique design. An attempt that is definitely worth looking at.

All the music lovers can also go through Pod A Porter and LED Light Skull Belt Buckle to know more about such stuff.