Sometimes it is quite annoying to look at people who have all the cool things in life. They might also be having most unique gadgets that you could not possibly find anywhere. However, the solution to that annoying feeling is to get yourself something cooler than what your friends might be having. 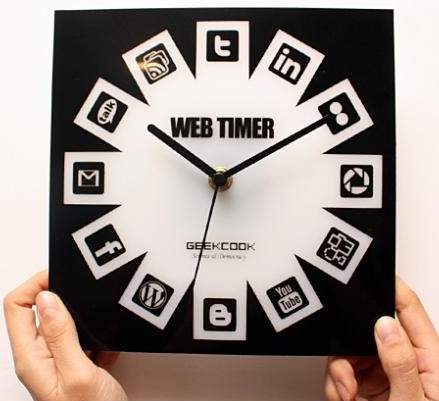 This cool Social Media Clock by Geek Cook is something that anybody could vouch for. Web timer comes with the logos of various social networking sites and start ups instead of numerals. Hence, instead of numbers, you would see the logo of Facebook, Twitter, WordPress, and other such online companies. Perhaps this also suggests that times are changing now, and the world is dominated by Web 2.0, instead of linear world that we had all come to know and understand.

This watch could make you feel like you are spending money on art, instead of a lifeless gadget! However, there is no information about its price or availability. You could also take a look at other clocks and watches that we have written about earlier like the Potpone Puzzle Watch and Dalek Wall Clock. 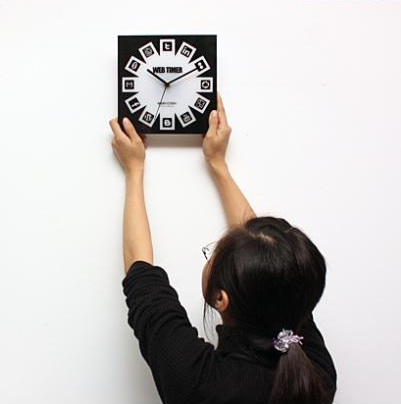