Star Theater Takes You To The Stars Without Moving A Muscle

Boarding a space shuttle and shooting yourself into deep space is no easy feat and takes a lot of endurance and hard work, however in this modern age of technology (laziness more like it) one unique thinker has gone ahead and come up with the Star theater thats brings the stars to your home. 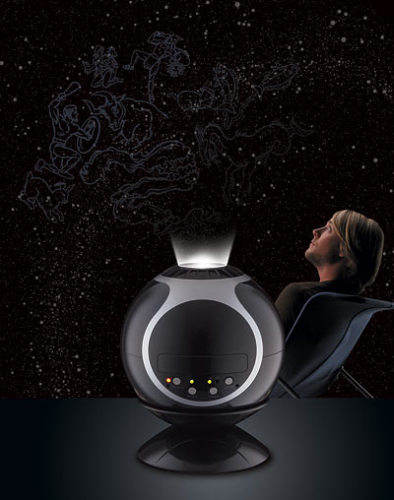 The star theater is an optical star planetarium that promises an effective illusion of floating through space and one that promises to do so with finesse. The shape of the product is globular with the projector situated at the top, so all you have to do is set it to face a wall or the ceiling, push a button or two and voila! you will be amongst the stars in the blink of an eye (but don’t forget to turn down the lights first). The projector give a very realistic view of the sky (on a clear night) and also allows you to set a rotations speed for the stars; another cool feature of this projector is that is has a nap timer which is good for those folk who feel sleepy looking at the stars. 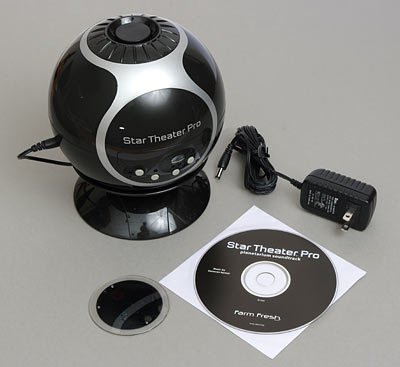 It also comes with twin power sources, two image discs, a planetarium music CD and an instruction manual. It retails for $169.99

which seems to be a pricey alternative to getting to your terrace and looking up but may be quiet enthralling for the kids. Now the Shirt Pocket Size Projector is something the likes of Hercule Poiriot would love to have around as he always needs to explain stuff.