‘When there is work, there is always trash’. This is something which each one experienced often. Since man started working, trash has been following us like our shadow but sadly when civilization was yet to be created, trash was thrown here and there because our ancestors didn’t know what to do with it. But later as civilizations started developing, people thought that it was high time that they had to store these stinking leftovers somewhere. This was how the Trash Can was developed centuries ago. 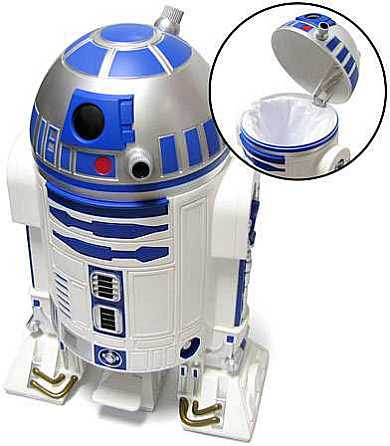 As time became advanced, people started making high tech things and now you even get high tech trash cans too. Here is one which has been specially designed for Star wars fans. This is “Star Wars R2-D2 Trashcan” which has just come in from the Millennium Falcon. 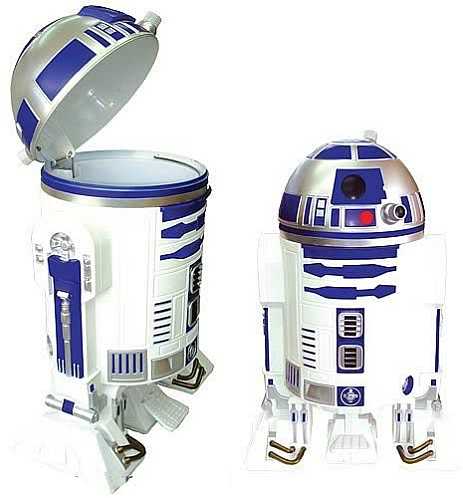 It’s quite obvious that Han Solo won’t give us the real R2 D2, he just gave a model out of which made this exquisite thing. I never knew that we could have a Trashcan as a showcase because mostly trashcans are something which people want to keep as far in a hidden corner. 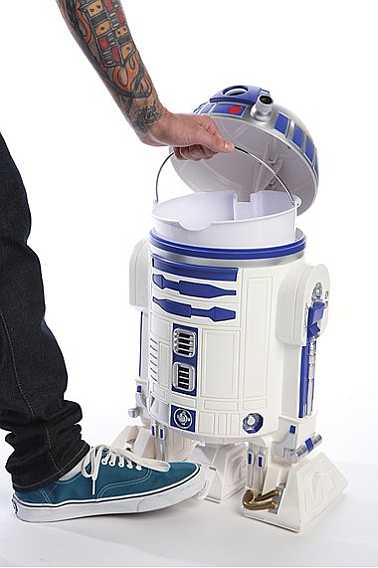 This R2 D2 trash can doesn’t only adds up to the aestheticism of the place but it also makes dumping and removing trash easier. It has been included with a removable interior can fixed with a handle. 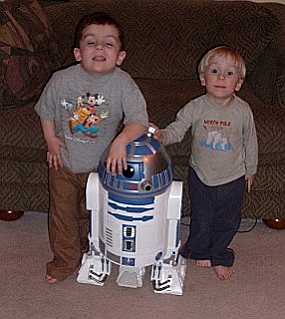 This handle removes the yucky feeling you get while taking out the trash bag from a normal trash can and makes things easier. This R2-D2 is so good that when you step on its center foot, his head pops open to accept your trash. 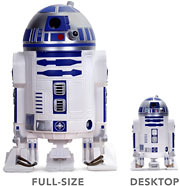 Being made with a fully durable Vinyl construction, it will last very long. This one comes with a price tag range of $39.99 – $99.99

depend on the size as you can have a mini desktop version especially for your office table too.

You can see some more such geeky stuffs like Darth Vader & R2D2 USB Hub and Motorcycle Engine USB Hub , which you may like.