A moon-sized space station that doubles as a super weapon versus ant-sized Rebel star fighters…logic would dictate that the latter has absolutely no chance against the former. But that’s not the way it turned out.

The all-powerful Death Star was blown into bits by Luke Skywalker and the Rebel star fighters. Death Star had powerful weapons at its disposal. It could even destroy an entire planet with a single laser beam. However, when it came down to tracking pint-sized star fighters, the weapons could not track the rapid movements of the skilled Rebel pilots.

Not wanting to leave anything to chance, the Dark Lord himself got into his TIE Fighter to protect the pride of the Enterprise from the puny Rebel Alliance. Darth Vader’s TIE Fighter was a truly bad-ass piece of equipment and weaponry. The fighter had twin blaster cannons on fixed mounds that could obliterate anything in its path. It had a hull that was made up of lightweight, but extremely tough, duralloy steel. This allowed the fighter to withstand many direct hits and still function without a scratch.

Geek Toys now has a Stars Wars Vader TIE Fighter Model for all the fanboys and the fangirls who secretly admired the power of the Dark Lord. 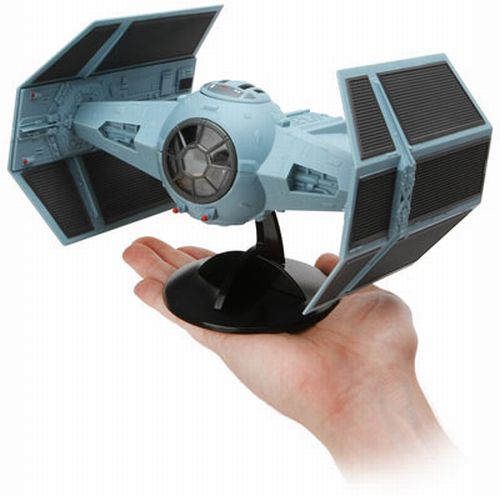 The TIE Fighter Model is no ordinary model. You do not have to glue anything or paint anything. Simply break the parts from the plastic spruce and assemble the fighter according to the directions given. 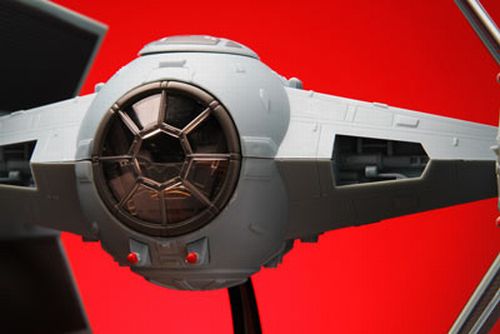 All the pieces are carefully designed to resemble the screen version of the fighter. The model cockpit has the same duralloy steel finish and can be opened. The solar wings are an exact replica of the screen version and look radical when attached to the hull. 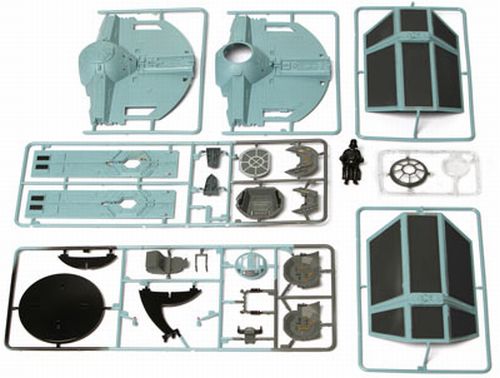 Any TIE Fighter model would be incomplete without the Lord of the Sith. The Stars Wars Vader TIE Fighter Model has a mini Dart Vader that is a proud reflection of its screen cousin. 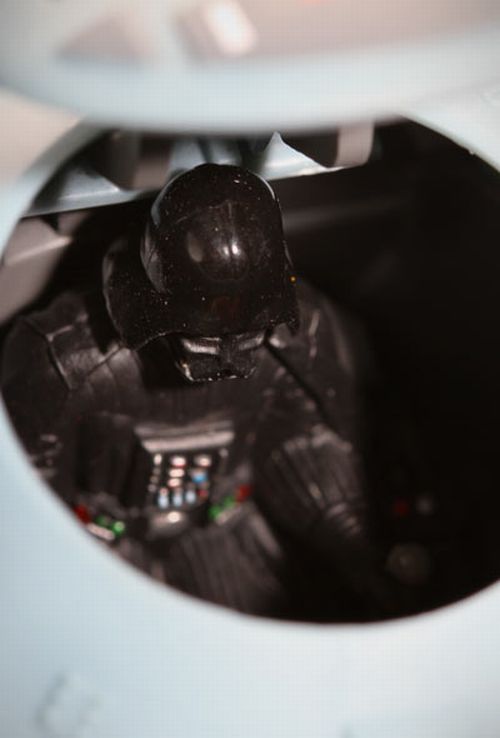 After you finish assembling the magnificent fighter model, you could proudly display it on the stand that comes along with the package. All you would have to spend is $26.99

to add it to your Star Wars collectibles.

Did this grab your attention? Well, you can also check out Darth Vader Action Figure and Star Wars Playing Cards to learn more about this stuff.