“Astala vista baby” is one dialog which has left its impressions on peoples mind just like the movie and one more thing which gives very less appearances in the whole movie but has left a big impact on people and this is John Connor’s Lighter. This is “Terminator Fuel Cell Lighter” which is the replica of the nuclear fuel cell of the T-800 series of Terminators which is although not filled with nuclear fuel but it has to be filled with butane and is made up of die-cast metal and has been electroplated with chromium to make it harder and glazy.

Showing off with your new lighter won’t be hard because a small bit of light on you will glow up your lighter and capture every one’s glance for sure the impression force them to even ask you for exchange their costlier one with your killer lighter. 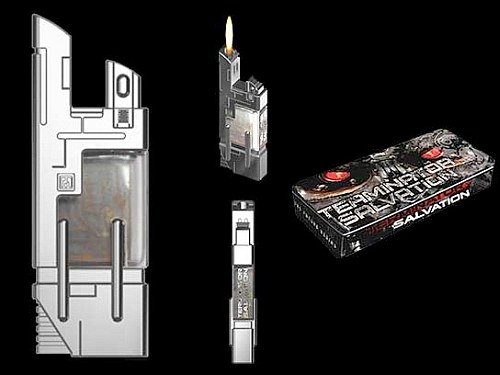 Don’t worry, the terminators won’t come behind you to get this lighter but if you don’t own this lighter which was the heart of the terminators then I bet Christian bale will surely come behind you to capture by taking you to the hide out of humans and then yell at you for not owning this one because all those people who have grudges against these destructing machines and are ready to destroy every single of them so to have a symbol of unity among themselves and this terminator lighter is their symbol. So own this by paying $17.99

and become one of the survivors of the judgment day which is yet to come. 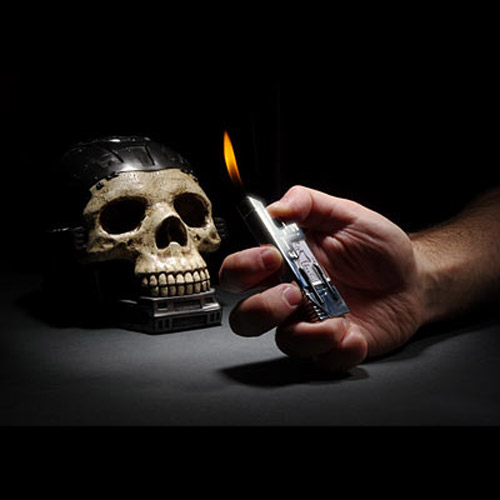 You can see some products like Star Wars Storm Trooper Cufflinks and Star Wars Lightsaber.

2 thoughts on “Terminator Fuel Cell to light the Galaxy path”