Back in the days, long before guns, artillery, and nuclear weapons, armies would fight each other with swords, bows and arrows. The ace in the hole of medieval armies was the giant wooden catapult that would launch massive balls of stones and fire to crush the advancing enemy. Catapults allowed many emperors to defeat their enemies in order to either expand their kingdom or defend it.

The ancient wooden catapult was, in many ways, a simple yet very effective weapon. It consisted of a large wheelbase for easy transportation, a long cylindrical slingshot on which the stones were loaded, and a gear that launched the slingshot. The mechanism of the catapult allowed it to launch or throw stones many miles, right into the heart of the enemy. 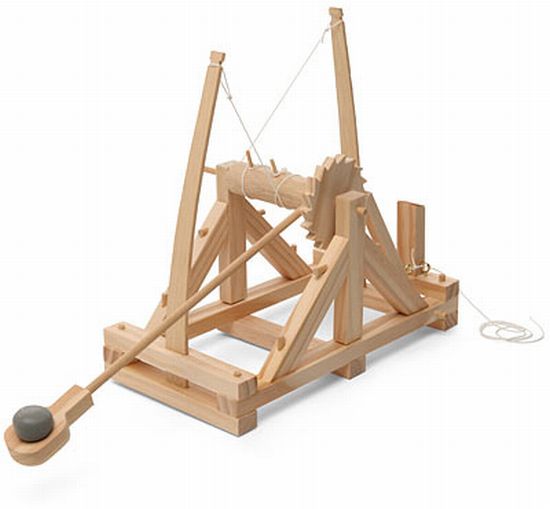 You would be surprised to know that a certain artistic genius whose paintings are considered immortal, and whose work provided substantial inspiration for the global phenomenon known as the Da Vinci Code, improved the design of the existing medieval catapult, and drew up a state of the art launching system for emperors and their armies. The artist in description is none other than Leonardo Da Vinci. And the state of the art catapult which the legendary artist worked upon is now available as a personal catapult kit. 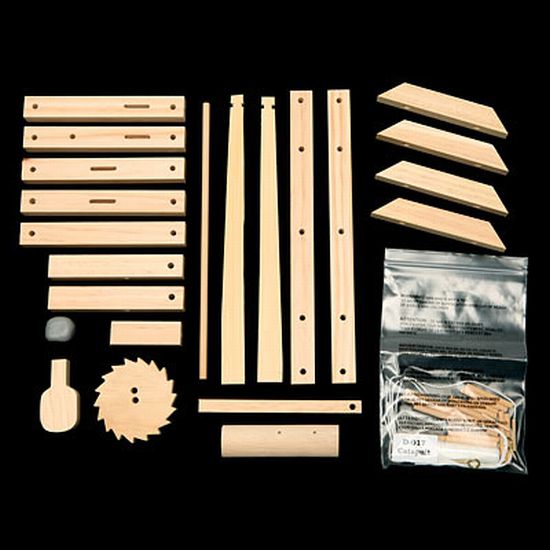 The ‘Da Vinci Wood Catapult Kit’ is a miniature model rendition of the master’s own sketches found in the Codex Atlanticus. The kit consists of miniature assembly parts that the user needs to glue together to recreate the genius of Da Vinci’s wooden catapult. The entire kit can be assembled in approximately one hour.

Da Vinci’s Wood Catapult is in many ways similar to an ordinary catapult. It has a large base, two triangular beams on which the hauling gear mechanism rests, and the long wooden slingshot. The vital difference is the addition of two flexible wooden beams. The two beams are fastened to the gear by ropes in a manner that they bend a little. These two beams, when tied to the gear, store vast amounts of potential energy which is then transferred to the slingshot when the ropes are loosened. 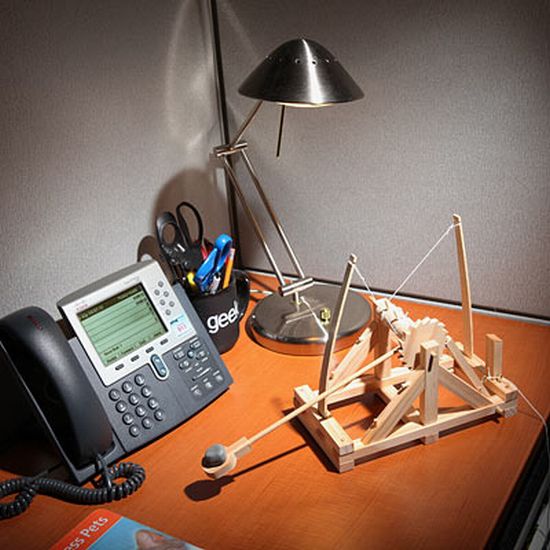 Going back to the miniature kit, the model catapult is extremely effective too, considering its size. It can hurl objects up to 14 feet in distance. The kit comes included with a ball of clay that you can load on the slingshot and fire away.

The Da Vinci Wood Catapult Kit should be a lot of fun. It retails for $19.99

You will be surprised to know that there are more interesting designs such as Magnetic Cannon and Star Wars Tie Fighter available on the site.