This Engine Cake is Astounding!

Well, we have seen Mickey Mouse cakes, Shrek cakes, and Yoda head cakes but we have never seen a mechanical cake. That is what really made us surprised as soon as we saw the cake. 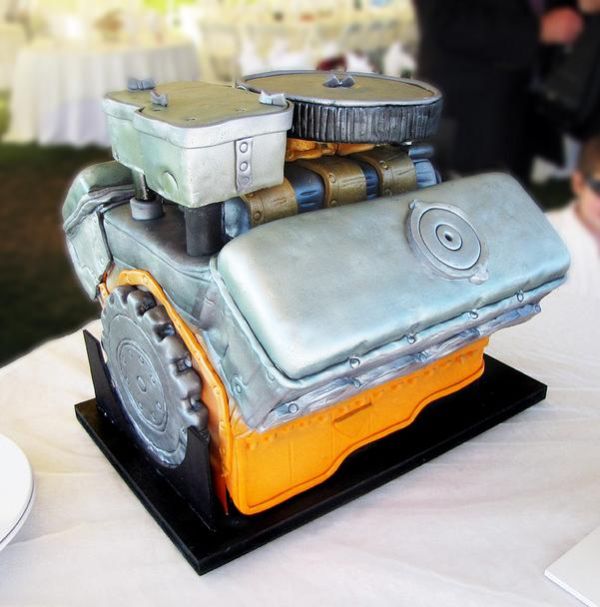 First off, it’s an Engine cake which in itself is a weird but amazing concept and secondly, the way it is made actually makes it look like a real engine. Look at the pictures for yourself and see if it looks like a cake from any angle. Isn’t that super-cool? I mean you have an engine cake that has the exact metallic touch as a real engine would do.

The cake was made by the ArtisanCakeCompany. Now, there are various parts of the cake that are not actually engine parts yet they are there. For instance, the fan you see on the right side is not actually an engine’s part in general. But, I must admit that the fan is actually one of the best parts of the cake. I am assuming that the wings of both the fans (the big one and the smaller one) are made of chocolate which is pretty cool. On the other hand, the central unit, air filter, and the hoses attached to the engine have this extremely realistic looking metallic creaming done on it. I don’t really know what flavor would that be of but it looks really yummy. 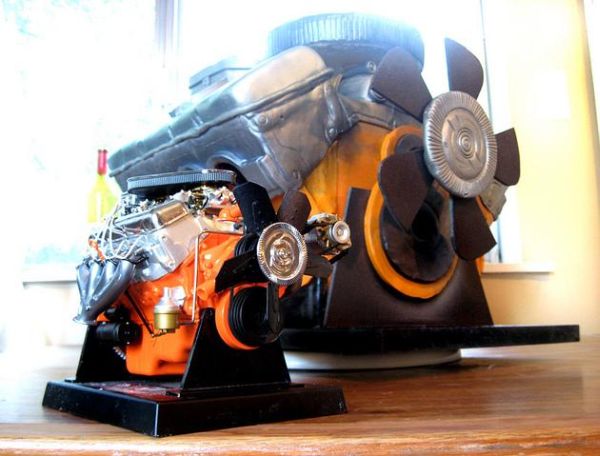 Now, comes the orange area which in reality I have never seen in any engine. Maybe the cake maker had a hi-tech sports car’s engine in front of him while designing the cake? To me, that is the only way he must have thought of by adding it. The base of the engine is black which looks like dark chocolate and at the same time hard too. We all love hard chocolates don’t we?

The only problem with this is that you don’t really get to know where exactly should you start cutting it from. I would take my chances and start right from the central unit but I am afraid that might make the whole structure fall down.

I love this cake and I am sure you love it too by now!

Check out some more cakes here: The Batmobile Cake and The Nikon Camera Cake.