Trigon – Three-Sided Time Watch is Appealing to All Men

Trigon, the three-sided time watch concept, is the brain child of Anders from Sweden who got the idea for this spectacular watch from the trinity of hours, minutes, and seconds. 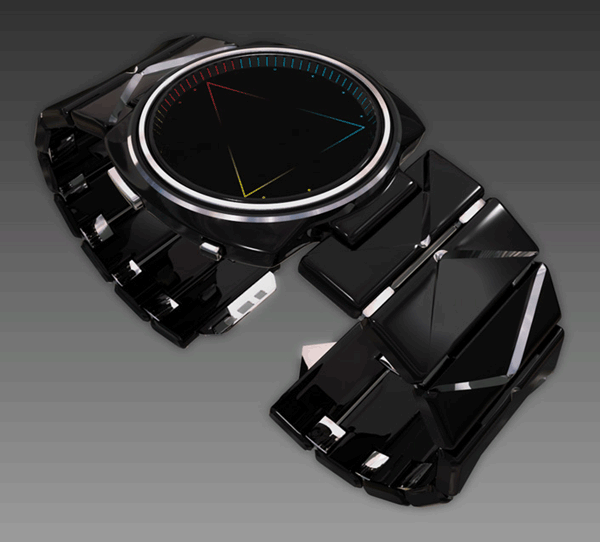 The concept for this watch works as follows 24 hours and 60 minutes and seconds when added together and divided by two divulge 72. That makes one fifth of 360. That is the reason why the 72 LEDs are around the face of this watch. Hours are depicted by way of 12 red color, minutes are depicted in style 30 yellow, while 30 blues are for seconds. 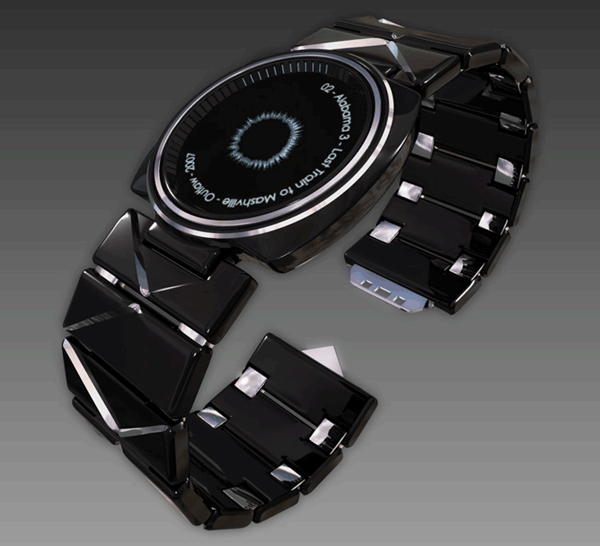 But the million dollar question is how a person would tell the time? For the newbie, telling the time by their watch would be a herculean task. The time divulging LEDs are in color to differentiate from the rest and as time pass by, dots started appearing on its face to make reading easier. There are also two fading lines which could be seen at each indicator. All these lines are pointing at each other, thus forming the shape of a triangle. 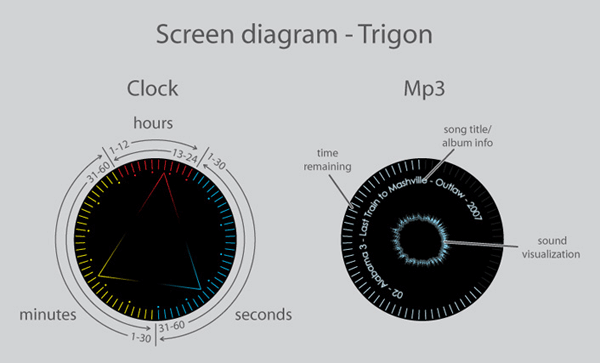 For the first half of the day, hour, or minutes the indicators move counter-clockwise and vice-versa. The clock offers different functions like clock displays alternatives like MP3 player, GPS navigation which is controlled by buttons found on its side, and through the ring control around the face of the watch. The watch is not only stylish but prudent as well, and would definitely appeal the fans who like traditional watches. Even techies would also like its design as it has a large HD screen, smooth controls, and has a Bluetooth interface, full marks to this awesome watch.

Other attractive designs you may like to appreciate include geeky tie designs and 17 amazing zippo designs.