Mass media as we know it has changed completely from its humble beginnings to a stage where the information highway has superseded all human imaginations. The Television has to be the Queen of Mass Media in spite of the almost universal acceptance and usage of the Internet. A hundred years ago, mass media depended on the print, and when radio became popular, media again changed its course. The Television combined both audio and video where as its precursors catered to only one sense organ. The print catered to the vision and the radio to the aural.

Thus, the Television became a cultural symbol of the 20th century and it still continues to hold its place of prominence in spite of the growing popularity of the Internet. Internet may be convenient, anonymous, and might have changed the way we work, study and entertain ourselves. However, to disregard Television and its contribution to human development and mass communication would be to deny something its rightful status.

Though televisions have been accused of corrupting youth and being an “idiot box”, the humble “TV Set” has proven that most of us still depend on it for entertainment, news and information.  And thus, Television rightfully deserves to be called the Queen of Mass Media. As an ode to this very important form of communication, we have made a list of all the cool, retro, chic and completely bizarre television sets from around the world and generations. Some may shock you, and some others may simply carry you to a new world and time period! 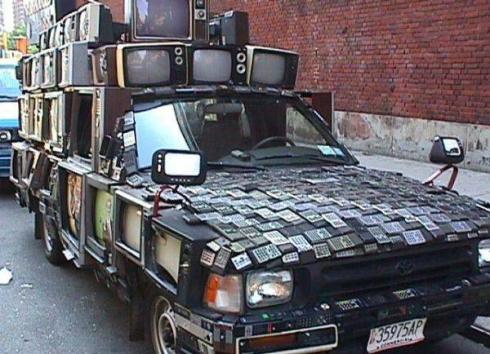 Though you may not realize, the TV has traveled time and space both literally and figuratively. From being a bulky “set”, it has come to be a chic LCD monitor and thus has traveled across generations. Also, many countries in the third world still depend on TV for all their information, news, and entertainment from other countries in the First World.

This piece of unnamed artwork seems to pay respect to the TV which has defined and redefined the word “movement”. The remote controls and television screens stuck to the pick-up truck is a truly wonderful piece of artwork which underlines the television’s capability for movement through space and time. 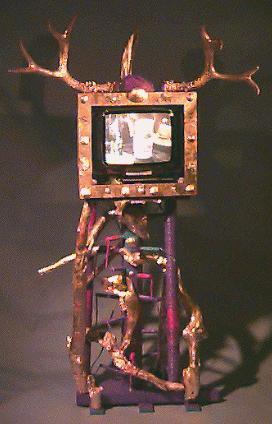 If that sounded a little too surreal for you, you could check out the other Art TV by Michael John Verlangieri, which almost looks like a human. 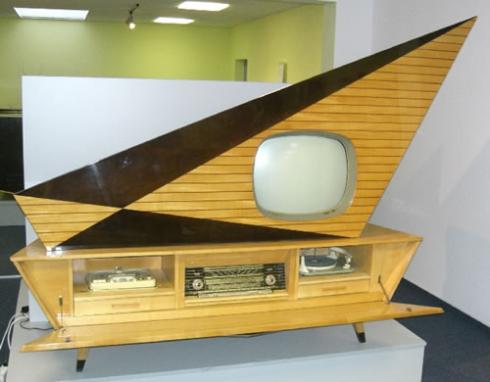 Germany during the 1950s was not exactly the country it is today. Divided by political ideologies, the country certainly was not the technological and economic giant it is right now. Nevertheless, some really cool mods and designs have emerged during this period like the Weird and Futuristic TV design, from 1958. 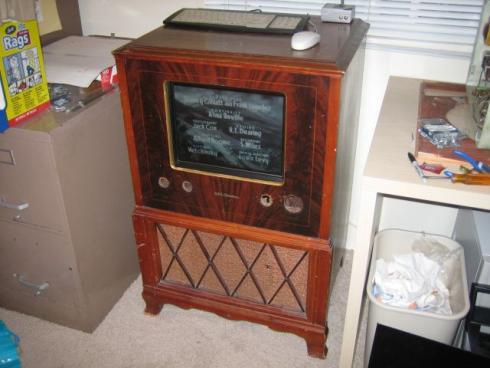 The Vintage TV Mod was recently built though but still looks cool enough. 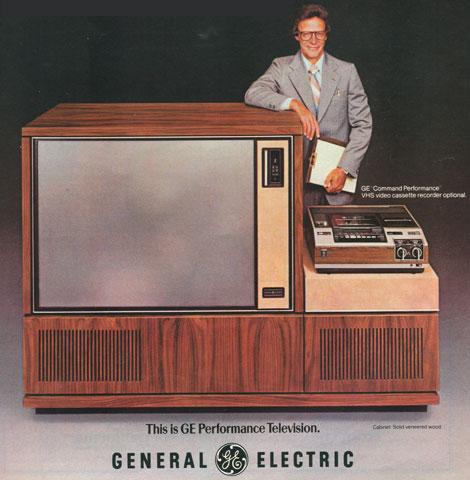 The funny thing about televisions is that even when the commercial TVs looked quite funny and bizarre many decades ago. They weren’t the sleek wall-hanging and silent pieces of gadgets that we recognize as TVs today. This GE Performance Television is incredibly and cumbersomely huge and unattractive. Nevertheless, it sure would fetch a price at an antique mart! The 1948 Zenith 16″ CBS Mechanical Color-Wheel TV looks like a weird and bizarre washing machine to me. 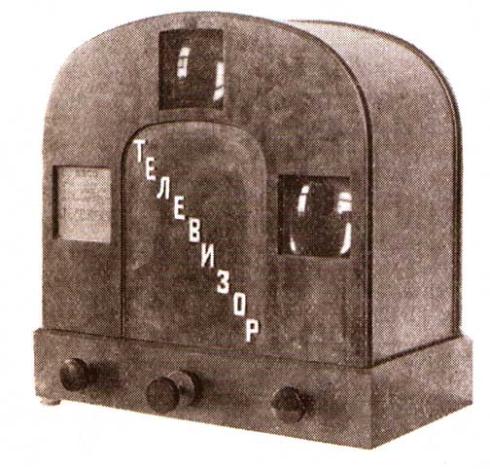 The coolest has to be this almost unbelievable Russian TV from 1932. Perhaps Josef Stalin had one in Kremlin too! 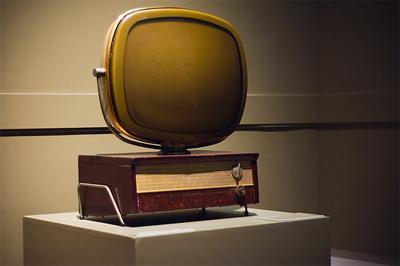 If you were wondering what gave people inspiration while they made those weird and cool science fiction movies, well television is not a difficult guess. TV was the most modern and futuristic device a few decades ago, and these sci-fi TVs only look too cool though some are blatantly funny. 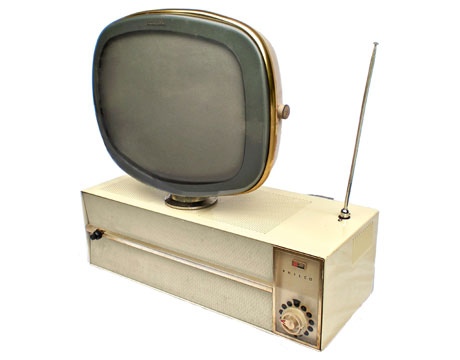 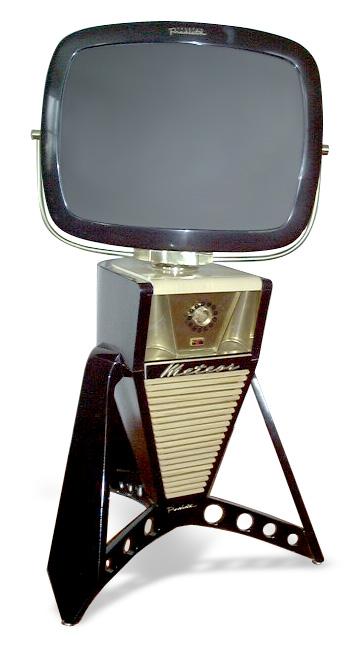 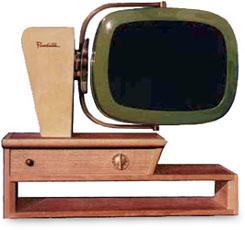 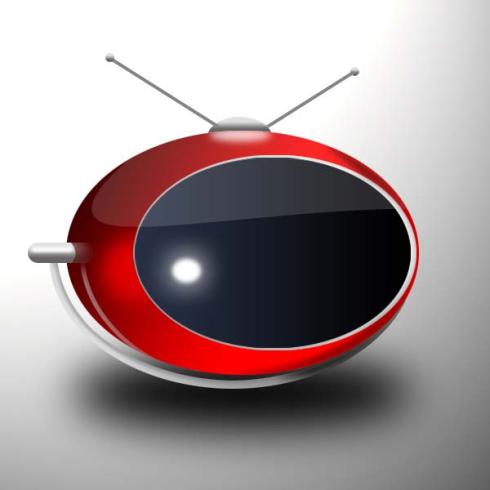 This particular TV design is just conceptual and you could build it too, if you have a little Photoshop skills. Why build this, perhaps you could try making something cooler and prove you are really good at 2D animation! This particular TV makes me imagine aliens and what their televisions sets might look like, if they really did exist.

Comics, Cartoons and the Television 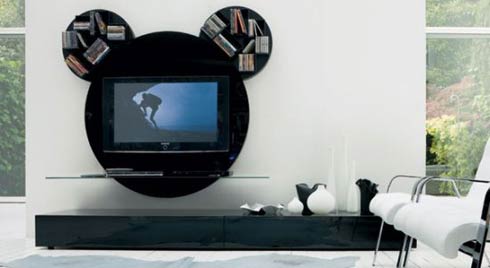 We all waited for the Mickey Mouse show on the TV when we were kids. In fact apart from comics, we got our daily dose of cartoon shows on just the television. With that being the case, this ultra-cool Mickey Mouse TV Stand is a must-have for anyone who loves watching cartoon shows on the TV like good ol’ times. What’s more, you could even store your books, cds, and other cool stuff. 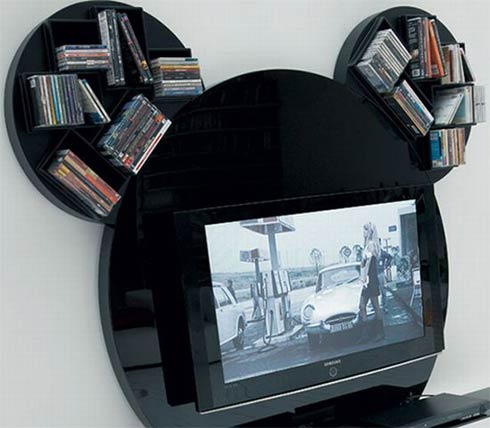 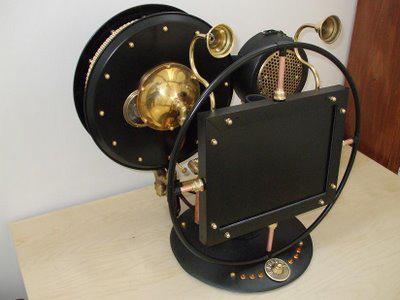 No gadget can be complete without a couple of Steampunk versions of them. These cool Steampunk mods look quite awesome and a tad too bizarre if you asked me. However, that’s what the industrial age inspired art movement supposed to do: shock people and make them remember the coolness of brass, metal and copper! 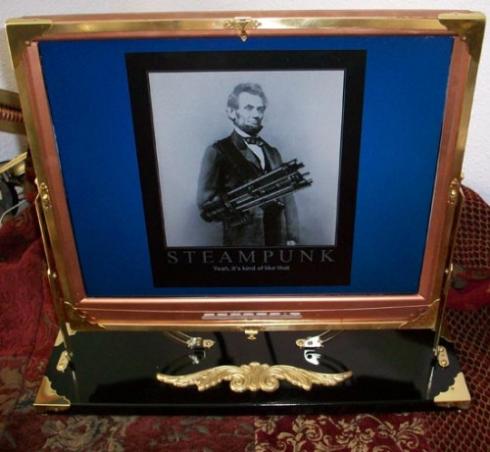 The second one is even up for sale and costs $399. 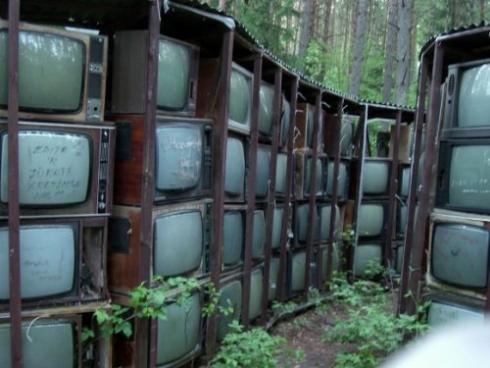 I really have no words to describe this cool TV sculpture which is the largest TV sculpture in the world (Guinness World Record). It is called “LNK Infotree” and is exhibited at the Open Air Museum, Vilnius in Lithuania. 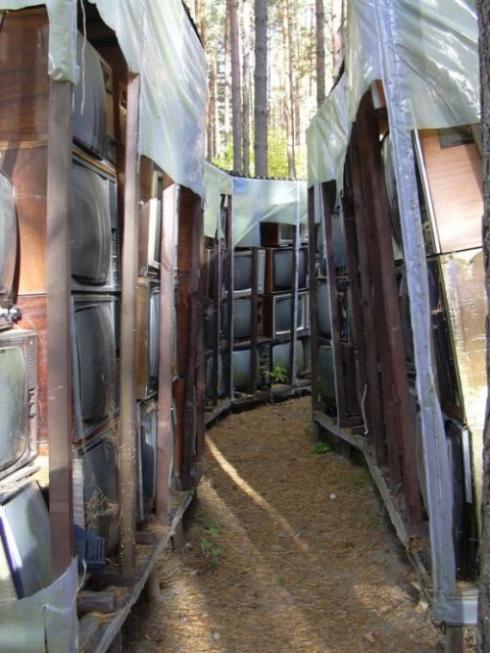 With a Lenin statue in the middle of the TV sculpture, it symbolizes all the propaganda disseminated by the oppressive communist regimes. 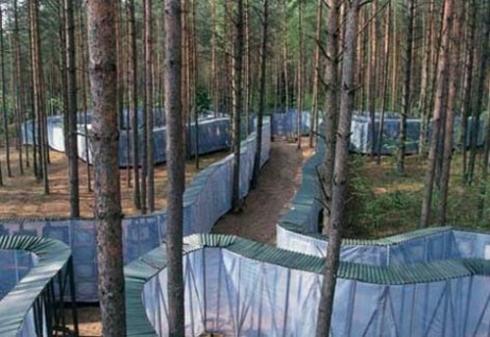 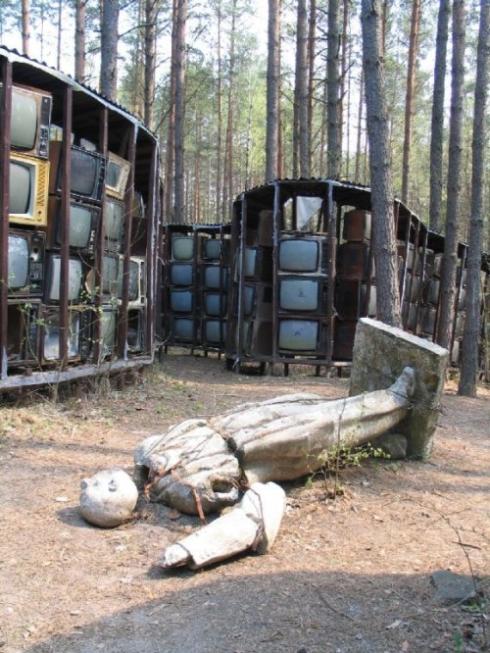 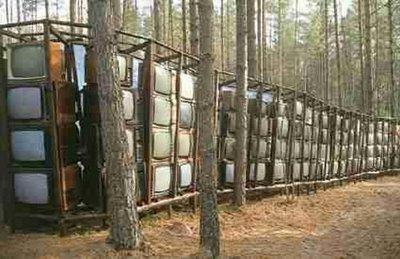 Be it communist regimes, wars or the Internet, the TV has survived it all and has continued to reign as the supreme gadget of communication and media.

One thought on “Top 16 Bizarre and Weird Television Sets”