There is nothing grosser than having to discard the previous day’s garbage and most guys would agree with me. Unfortunately, in most traditional households, it is the guy who has to throw the garbage and no one really gives a second thought as to why men must be forced to do menial jobs such as this one. However, there is no point in complaining and it is better to start performing one’s duties. You could try the Xylophone Bin by Dominic Wilcox which adds some music to your otherwise stinking duty of discarding the garbage and trash. 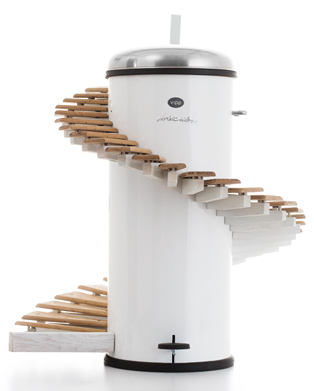 The Xylophone Bin comes with a downward spiral of xylophone steps and a ball that travels down these steps every time you press open the lid of the bin. When that happens, you could hear beautiful notes of music as you dump your trash into the bin. When the ball gets closer to the bottom of the bin, the notes also get deeper. It is a little way of adding some glamor to an otherwise unglamorous and thankless job. 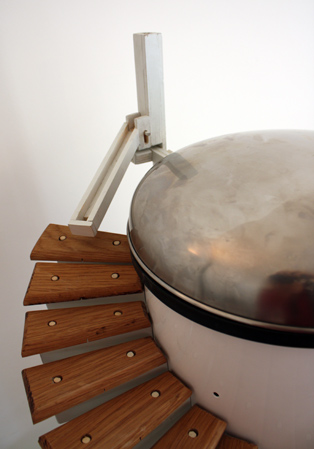 The Xylophone Bin has been created for a noble purpose to raise money for the Chernobyl Children’s Project International and Foodbank NYC. It would be auctioned off at the VIPP Charity in New York. The VIPP Xylophone Bins have been customized by artists, designers and celebrities including Bono, Michael Stipe and Helena Christensen. Go get yours today! 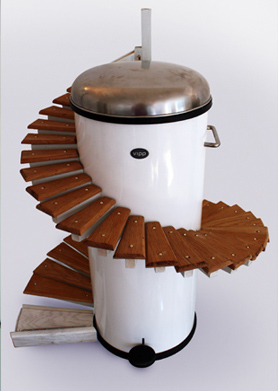 One thought on “Xylophone Bins Make Music While You Dump Trash”