I am an admirer of technology and I love the way things transform on a day to day basis. ‘Skylon’ is a concept from Volvo demonstrating what long distance cargo transportation would look like in the near future. 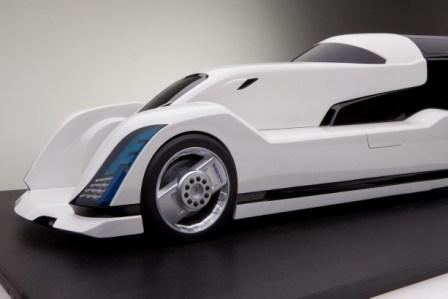 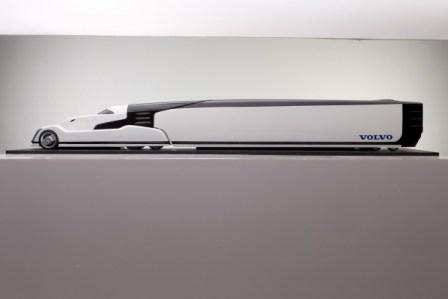 First off, the Skylon has a solar panel roof top with electric hub motors for the cab. As the truck is designed for long distance traveling, all the elements which can make it powerful enough to drag are integrated. The truck or whatever it is looks real cool and neat, and if it works on solar energy then what else would you want. However, one thing I am constantly thinking about is where exactly the wind shield is. Is it the one right above the wheels or the one atop the aforementioned? If it is the latter, then don’t you think it is a bit too high and too distant from the front portion? I wonder how the driver will be able to look at things from such a high angle. 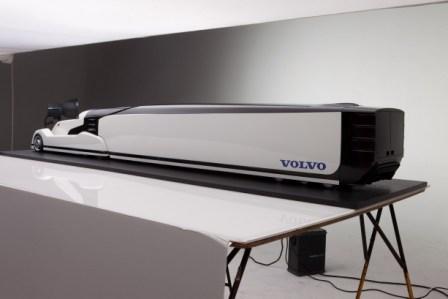 Anyways, this model is made from surfaced primerad and density foam, and later on painted to give it the complete touch. Other areas apart from the basic body are made from SLA parts, acrylic, and fiberglass.

I would rate it as a super-cool futuristic version of a truck which undoubtedly is the best one I have seen till now. I am seriously wishing right now for the day I would actually see it on the streets. A long sexy beast driving its way to its destination…wouldn’t that be the best sight ever? But more than that what is even appreciable is the fact that it will be a solar power beast. Thankfully transporters won’t need to spend much on fuel and the world will be a safer place too. So, hats off to Volvo’s ‘Skylon’ and its green yet breathtaking look!

One thought on “‘Skylon’ – Concept from Volvo for Long Distance Cargo Transport!”