An Artistic Representation of Captain America and Red Skull 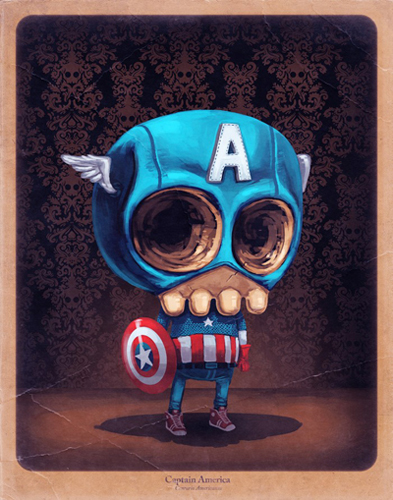 As you know, there have been three Red Skulls from different backgrounds of Captain America before but all are gone now.

Today, we have Wolverine, Spider-Man, and nearly all the other superheroes but we don’t have anymore Captain America and one of the most frightening villains of all time, Red Skull. These pictures revive those old memories of the golden age of superhero cartoons, when everything seemed everlasting. Although I hate the fact that the artist has used an ugly looking skull for Captain America, I think that was the need of time. Here what matters is not the fact that Captain America is our hero but the spirit of keeping him alive. So, I wouldn’t mind using such a skull if that can get him all the attention he deserves once again. 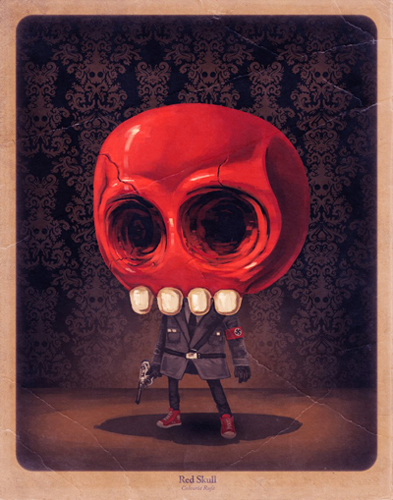 Also, when we talk about comic art, we can’t really restrict our imagination to the way comic art once was. The pictures are digital images and are pretty amusing. The way the artist has drawn both the figures is really cool. Not only the skulls are fascinating and terrifying in their own way, even the sneakers that the comic guys are wearing are funny. I mean, imagine Captain America, one day takes his boots off, and starts wearing sneakers to be the ‘cool dude,’ wouldn’t that be funny? It would for sure, and funnier would be Red Skull saying ‘hey look at me even I am wearing a pair. I look hot, too!’

Moreover, if you look at the tummy of Captain America you will find it funny as well. I wonder why did the artist think of adding that ‘fat looking’ mid section to Captain America instead of Red Skull. Red Skull looks so fit and up to the mark but our beloved Captain looks like he has been depressed and an alcoholic for over 30 years now!

Check out some more superhero stuff here: The Iron Man Biker Suit and The Wolverine Jacket