If you grew up in the late 70s or early 80s, you would have definitely witnessed a boom box riding on a person’s shoulder as they played their music out loud for everyone to hear. Boom boxes emerged in the markets during the late 70s and soon became a cultural icon. You could see a boom box on the road, at the malls, and even in school campuses. The arrival of king-sized boom boxes coincided with pop culture movements such as break dancing and hip-hop.

A boom box is composed of loudspeakers, an amplifier, and music components such as a radio tuner and a cassette/CD player. Any boom box would be incomplete without a handle that allowed the user to carry them anywhere. The popularity of these loud, portable players was such that various companies would compete to manufacture the loudest, clearest, or the most novel boom boxes. As the 80s wore on, the introduction of personal-stereo systems such as the Walkman saw the fancy stereo systems fade gradually out of the public’s consciousness. 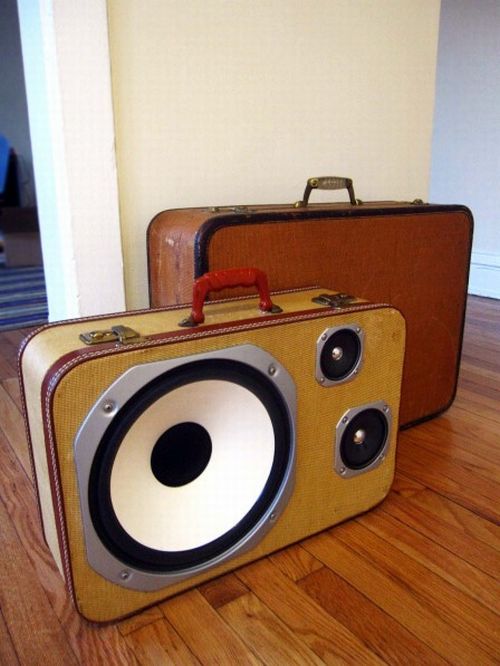 In the new millennium, boom boxes are witnessing a revival as a niche, underground item. A music enthusiast and designer who goes by the name, Simo, has a chic collection of boom boxes fashioned from pure leather suitcases. Come to think of it, a leather suitcase provides the perfect acoustical environment for a boom box. Leather produces a superior quality of sound, and the handle on top of the briefcase allows the user to carry it around. The designer’s leather-suitcase boom boxes are called the BoomCase. 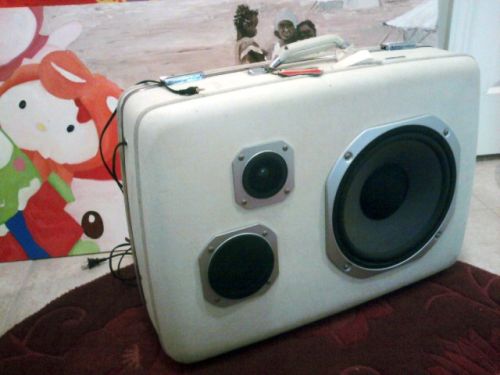 Simo’s BoomCase features an old-school cultural icon redone in new age sensibilities with a high sense of fashion. Like the 80s boom box, the contemporary BoomCase features loudspeakers and an amplifier that is stitched on to the leather exterior. The new age sensibilities include a lithium-ion battery that can last more than seven hours on a single charge, an iPod/iPhone dock, and a port to connect your headphones. With these impressive features, the BoomCase is your personal stereo system in a portable suitcase. 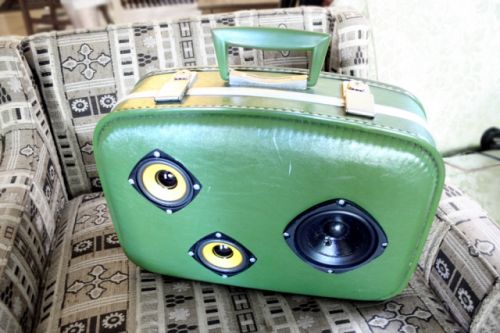 The new age boom box is designed to reflect the individuality of its user. Simo handcrafts each BoomCase to the peculiar likes of its user who can choose the shape and color of their suitcase stereo systems. The BoomCase makes for a very interesting music accessory that will surely turn heads your way. 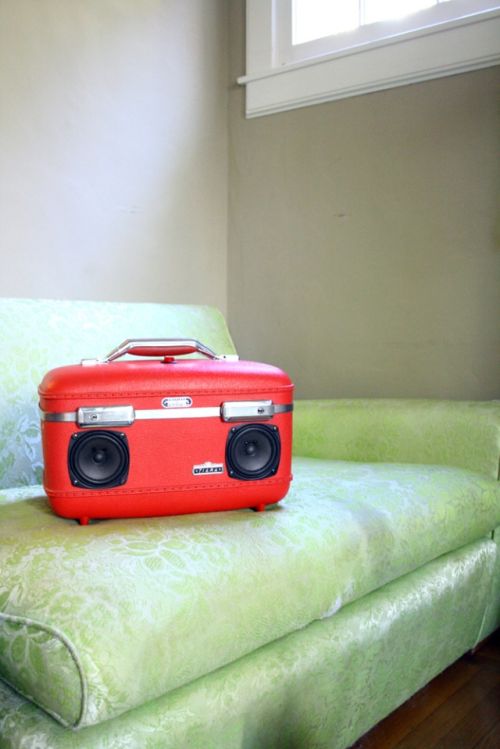 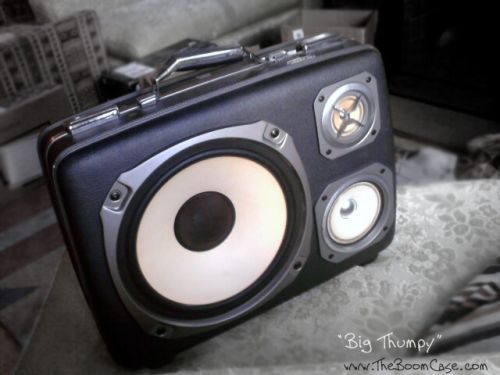 Isn’t it incredible? If you wish to know more, make sure you don’t miss out Phonofone II and iPhone Rotating Speakers.

One thought on “An Interesting Music Accessory: The New Age Boom Box”