Bottomline iA100 Docking Solution – An Experience in Itself

The iPad, when it was introduced in April, unleashed a computing experience filled with multimedia and the quintessential applications that are characteristic of an Apple Gizmo. People placed it on a pedestal equal to that of a traditional computer! But that was not to be so.

The Apple I-Pad is a device that is complimentary to your good old computer. You can synchronize the two to have a wonderful experience that includes visual and audio splendor. To squeeze out the entire worth of the iPad, it is quintessential to smartly invest in certain auxiliaries with a trusted, good docking station being the prime amongst them. Talking about which, the choice that stands out and has been foremost is the iA100 brought out by iHome.

The iA100 provides premier docking solutions for the Apple trio – the veteran iPod, the breakthrough iTouch, and the revolutionizing iPad. These gears have been tracked and tried by every devoted techno-geek faithfully through the years. The user experience they have provided have been rich and the iA100 has been released only to enrich it even more. Albeit a bit late to enter the scene, which has now become populated and cluttered with inferior competition, this thingamabob is iHome’s gift to the inner geek in everybody. 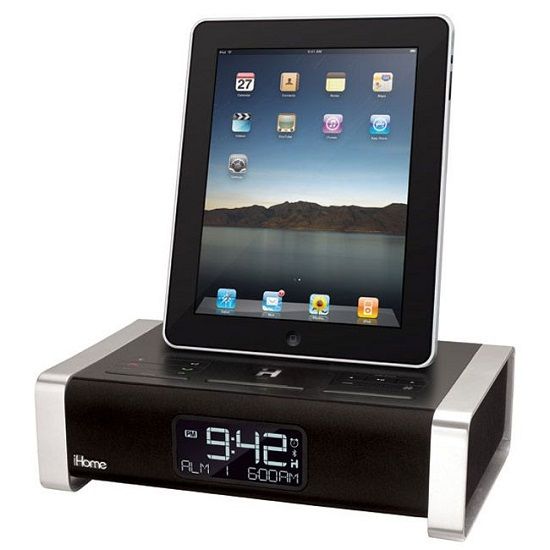 The iA100 helps you and your iPad sync with the contents of your main computer by allowing you to access, using iTunes, your contacts, files, and playlists. This is in step with the basic idea behind the conception of the iPad itself – to create a smart gadget that becomes the hub of the entire household’s experience with the computer-race. 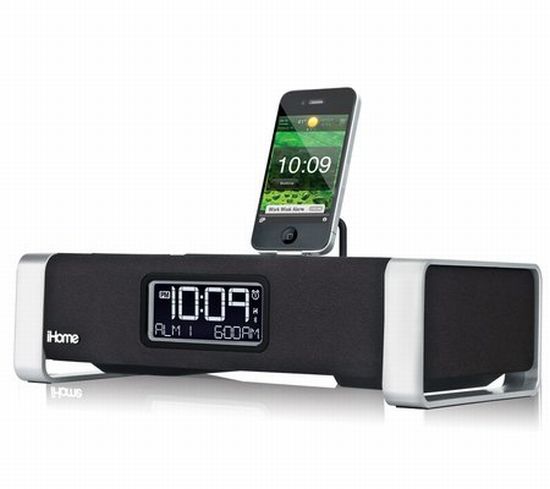 Apart from the syncing that is expected, the iA100 docking solution offers you other conveniences like charging your iPad using the classic Apple 30-pin connector on the dock, which also flaunts an audio port that can be used to magnify the sound experience using external speakers with iPad.

Besides, iHome released two models to further add to the comfort of the users. One allowed the user to connect the iPad, through the docking station, to a full-size keyboard to aid its utility. The other model released differed in the fact that it came complete with its own keyboard. 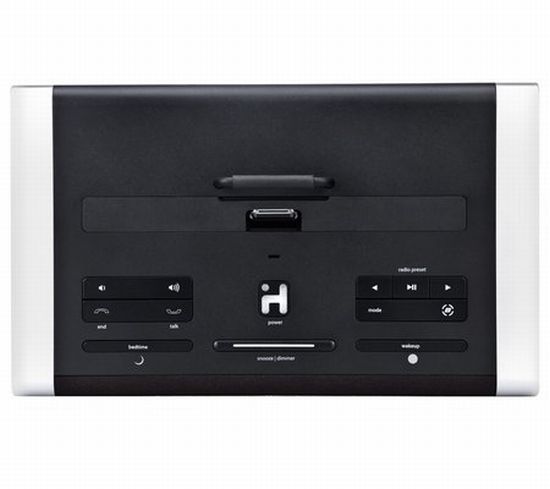 This alongside the regulars like Bluetooth connectivity and FM radio and the expected app-enhanced features that allow you to use iHome’s famous iHome+Sleep to track the duration of your forty winks and iHome+Radio for streaming radio, Bongiovi Acoustics DPS that ensure Studio Series sound performance and four powerful speakers.

To enjoy great music, you can also check out iPhone Rotating Speakers and for USB gadgets, take a look at Alien USB Collectible.