Creativity and craziness has no limits and when they are combined together, people like Wayne Martin Belger is born in this planet to change the view of people’s philosophy by taking it to a new level. After seeing his camera and photographs he is become one of my favorites because of his unusual creativity of Camera Altar, one of among produced several cameras to take these exceptional photographs. 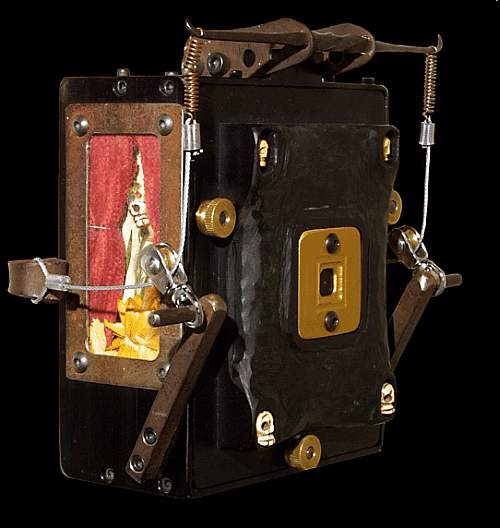 The most astounding factor is that he has not done any editing with these photographs or neither has used some digital 100k camera and the cameras used to get these photographs have been created by him. I know it sounds real crazy and you will find it crazier that the things used to create his cameras are Aluminum, Titanium, Copper, Brass, Bronze, Steel, Silver, Gold, Wood, Acrylic, Glass, Horn, Ivory, Bone, Human Bone, Human Skulls, Human Organs, Formaldehyde, HIV+ Blood and relics with all together of them made pinhole cameras. 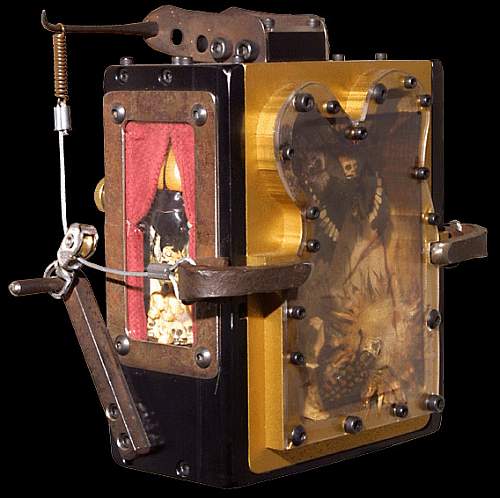 He feels that his pinhole photography is the perfect thing which allows him to take the photos the way he wants it to, without any conversion of lights but pure photo emulsion on the film without any light manipulation. First he choose the subject, then visualize the same as he wants to see the photo and after figure it out then he starts to create the camera. He wants his photos to get the pure reflection of the thing which was happening at that moment in front of his camera’s pinhole while giving them a touch of horror and beauty at the same time. 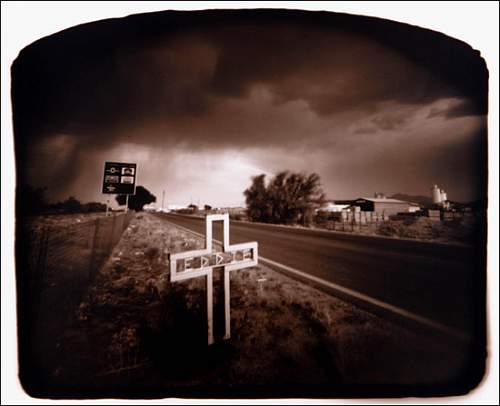 Hats off to this personality because by using his own cameras and creating such photos with those cameras which I guess people at their first look will consider as a piece of antique junk, he proves the saying that “old is gold” and if he can create such things with those cameras, who needs digital. 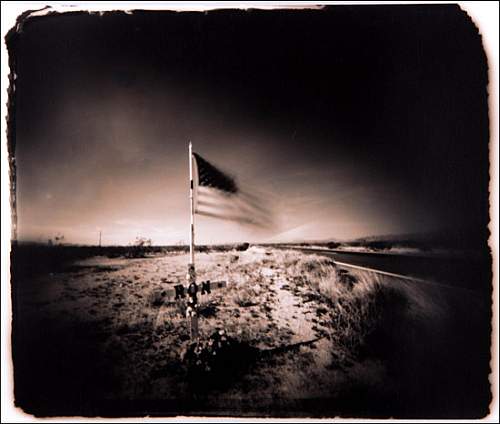 You can see Boardwalk Photo booth and Perler bead Vehicle artwork also little different you may like.

2 thoughts on “Camera Altar Mod is Weird but Artistically Exceptional”