This Halloween, if you are looking for a simpler way to dress up, you should check out the Captain America Costume hoodie, for it is an easy and simple way to be Super. 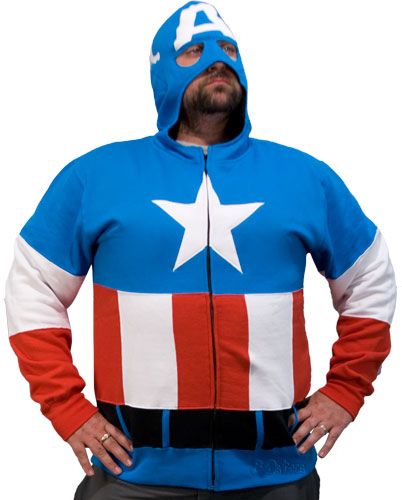 Captain America is one of those old school comic Superhero who just won’t quit, and it seems he still has lots of fans. When you take a look at the new Captain America hoodie sweatshirt, you wonder who would wear such a thing, and approximately 2 miliseconds later you wonder who in their right mind wouldn’t?! 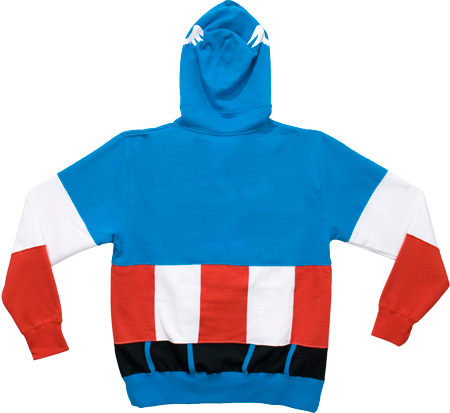 This is an amazing sweartshirt hoodie that is colored and uniformed like Captain America and also has a hood that slips over your head like the famed Superhero. Moreover, there are eye slits perfectly positioned, so when you do in fact wear the hood, it is truly like you are becoming Captain America, and are within your Superhero persona and ready for action. 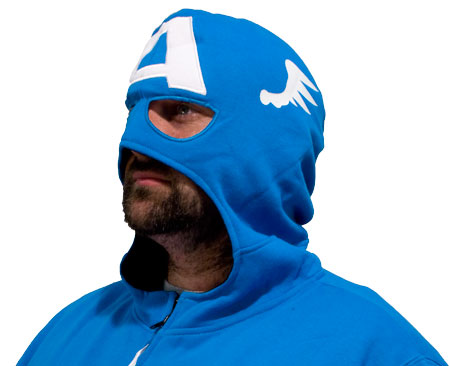 The sweatshirt is not cheap at $60, but by the look of it, is worth every single penny. 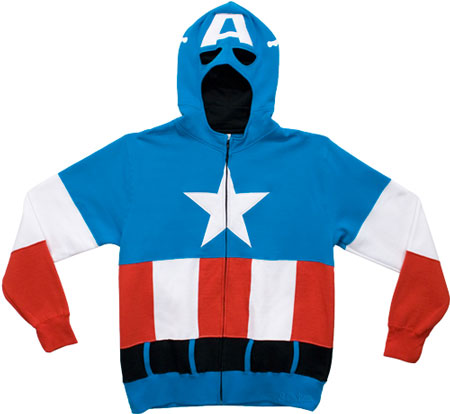