If your house is so filled up with gadgetry and technological widgets that you can no longer fit anymore, it is time to take your geeky stuff on the road. Loading up your car with a variety of gadgetry and turn you into a mobile productivity machine, and many consumers pride themselves in the number of functions their cars can provide. We have put together a handful of clever car gadget that any enthusiast should have, both in terms of pragmatism and fun. 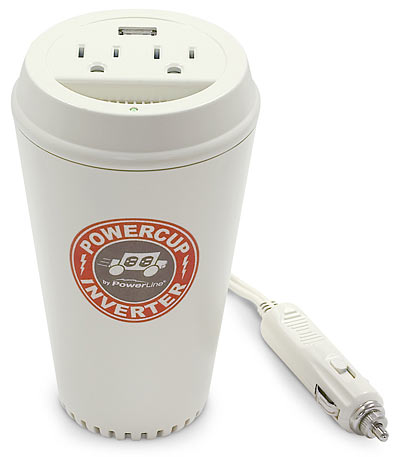 As a geek, chances are you are attached in some way to the wonderful world of caffeine. Turning a power inverter into the shape of a coffee cup then, should be considered a natural extension of such a device. With that said, this whole idea seems rather dangerous to me. Think about it for a moment. You are in your car, driving along in bumper to bumper traffic trying to get to the office, when you decide to take a sip of coffee. You realize, too late, that this is no coffee at all, but rather your power inverter that looks like a coffee cup, and then zap! If you think you can be careful enough, though, this is a handy gadget that is also pleasing to look at. 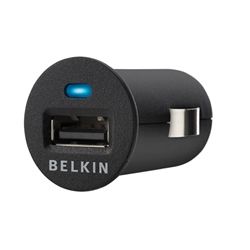 If you are looking for something a little more compact and minimalist than a giant coffee cup, this Car Lighter USB Charger is here to help. This makes it much easier to plug in your USB devices without the need for a bulkier inverter, and USB powered gadgetry is much more commonplace today than it once was. In addition, the cost of the device is very low, and at the very least would serve nicely as an emergency option when your phone is about to bite the big one and you need that power yesterday. 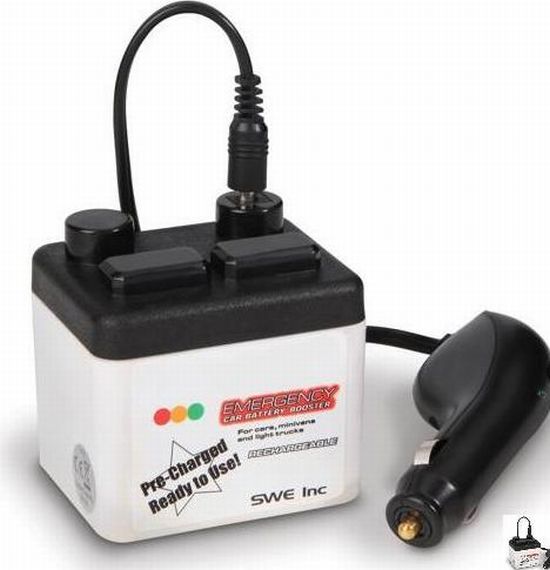 Depending on where you live, Winter can be fairly serious business. The colder it gets, the harder it can be for you and your stranded car to get a good jump on a dead battery so that you can get on the road again and turn on the heat so you don’t freeze. Thankfully, this little jump starter is designed to handle the worst of whatever Mother Nature can dish out. It will work in extreme cold temperatures, all the way down to -10 degrees F. I guess if it drops to eleven below, you are in trouble, and are we taking windchill into account? I suppose not, but I’d rather have this device on hand if my car broke down than your average jump starter. 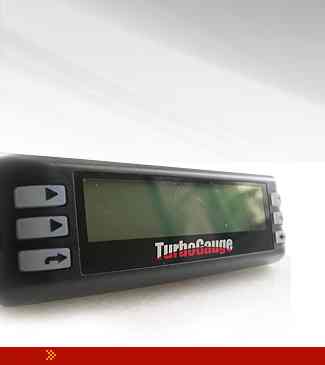 Any device that bills itself as the “Turbo Gauge” immediately gets points in my book simply because it sounds cool. With that said, the gauge is actually designed to take all of your favorite driving stats and present them to you in an easy to read format. You can track your mileage, driving time, distance before your fuel is about to run out, and a number of other pieces of useful information. It may not look all that fancy, but it gets the job done. 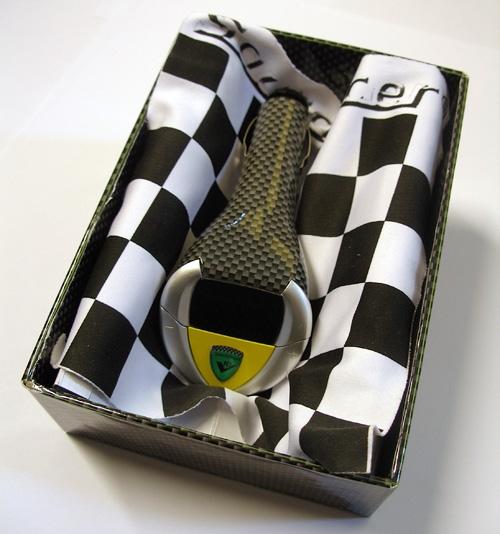 I’ll be the first to admit that when I first set my eyes on this device, I had no idea what it could possibly do. To be sure, the SoundRacer Gadget doesn’t look like much, but it serves a very specific purpose. Basically, this device makes your car sound a lot more bad ass than it should. If you have a small car that you want to sound like a monster, you can use the SoundRacer instead of buying a larger engine for your Hyundai Accent. A shortcut, to be sure, but hey sometimes the end justifies the means. 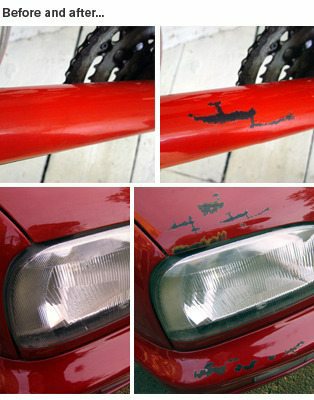 Protecting your car has always been an important part of vehicle ownership, but many such options are expensive. Just as important, if your car looks expensive and shiny, potential thieves may decide that there must be expensive gadgetry inside. These anti-theft stickers help your car look just worn enough that it won’t be worth stealing. While it won’t win you any points with the ladies, you can’t argue that it isn’t cheaper than a car alarm.

One thought on “Clever Car Gadgets”