God said “Let there be light and the sun was created.” Man tried speaking the same words and then ended up inventing the bulb. This simple bulb later evolved into some of the most flashing creations of all time; something that could transform the darkest of the nights into the brightest of the days. One such cool invention in the lighting industry is the OLED lighting system. 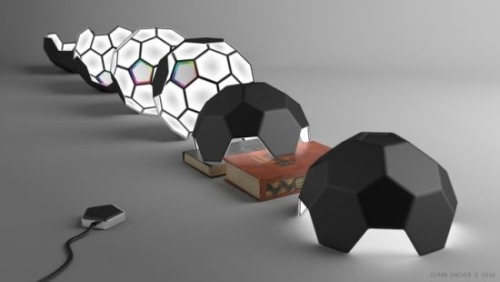 This cool new technology could be the future lighting solutions for our homes and offices, and having inspired by its unique properties, designer Simon Enever crafted this football-shaped lamp to suit any environment. 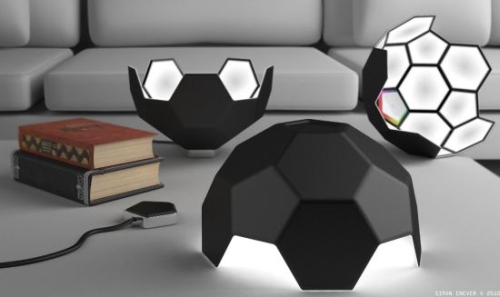 The multi-faceted lamp resembles a football but unlike a real football it can be split into halves and used as per the users wish. The lamp contains an induction charging unit slotted magnetically into a feature on top of the product. The self-illuminated lamp is programmed to glow in whatever color or light intensity the user requires, and can be adjusted in 6 different angles, either as an up-lighter or a down-lighter. 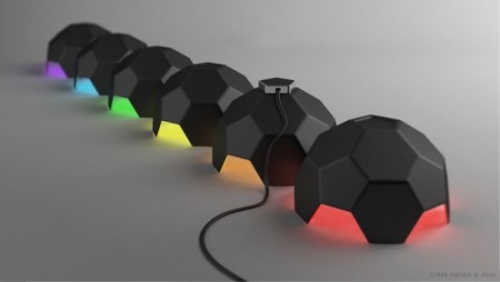 You can also have a look at the other cool futuristic lamps like the Lightsaber lamp or check out Nike’s cool Vapor 300 LED Watches because the future is brighter. 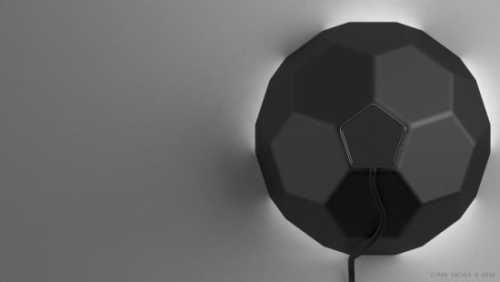