This Credo E-Bone Bus concept was introduced by Peter Simon. The idea behind the concept is to make public transport greener, which will not only be energy-efficient but will also, of course, be cheaper to travel in. The bus is powered by hydrogen fuel cells and is a zero-emission bus. 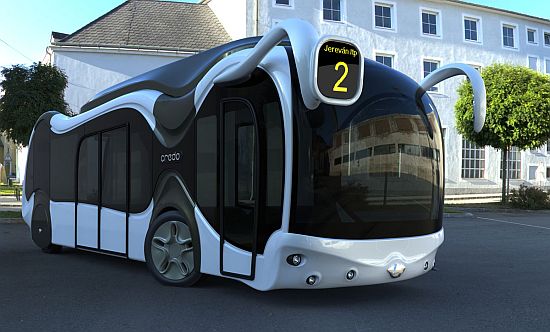 It generates power from hydrogen fuel cells and lithium batteries making it a greener way of traveling. There are four electric motors located within the inner side of the wheels, and the power generator is located on the roof. 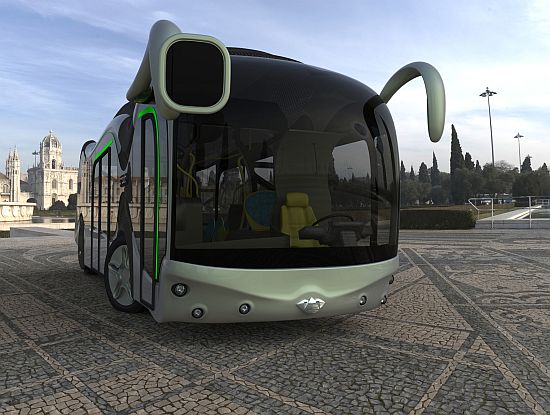 The exterior of the bus is made from lightweight composite plastic. And, it is shaped up like a bone which is the mere reason for its name. The lightweight of the bus makes it easier for it to perform like a normal bus. If the bus would have been heavier, it could have been a problem for it to travel fast and save energy. 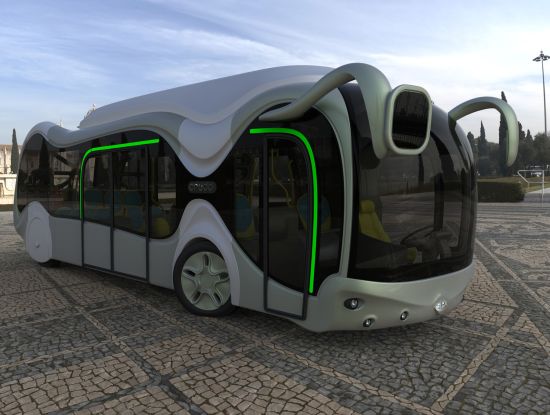 The bus actually has a pretty creative design. The rear window stretches nearly to the bumper and the rear indicators are rounded, and are distant from each other. I guess they are made that way so that it is easier for the vehicles behind it to get the signals. 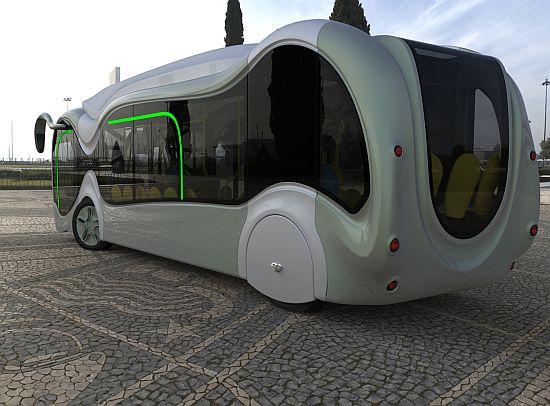 The rear wheel is covered with the same plastic used for the overall exterior, whereas the front wheel is left uncovered. The bus looks more like a caterpillar than a bone that the name ‘Caterpillar Bus’ would have been more suitable. 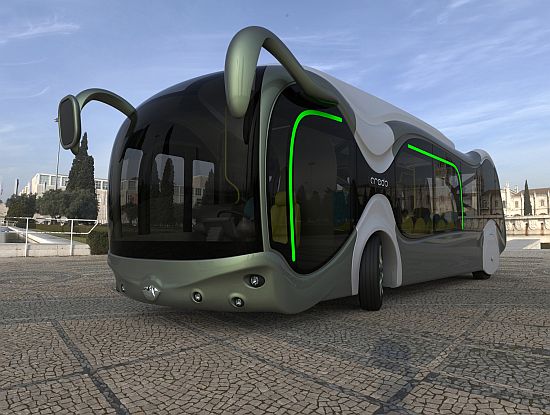 The interior of the bus is more or less like the standard buses. The seats are yellow with blue cushions on it, and the poles are yellow as well. It is a pretty spacious bus actually, and looks like a luxurious one. The green strip that is on the exterior lights up to be blue light in darkness, which is the ‘cool factor’ about it. 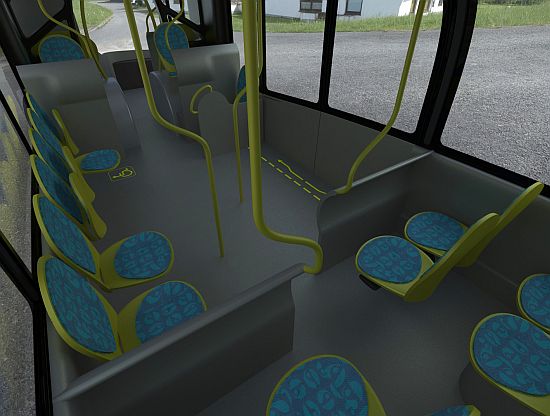 The design is cool and the concept behind it as well, but I am wondering whether it is a practical design or yet another ‘going green’ design, which we will never see in reality.

Check out some more concepts here: Skylon from Volvo and The Eco Friendly Pandur Vehicle Concept.