Get Rid of Carrying Cash with the Digital Wallet Concept

Money buys food, clothes, and a roof over your head. If you have your luck with it, there is no end to the luxury and material bliss you can sink into: Jetting around in your own private jet, possessing your own exotic island, and other billionaire fantasies.

Though historians cannot accurately point to a date when money was first used, there seems to be a trend of societies using currency for daily living that dates back to ancient Babylonian, Roman, and Greece civilizations. 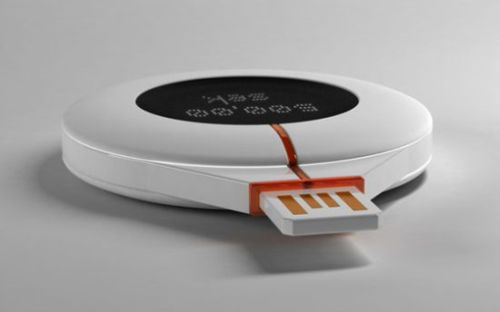 Shekels and cowry shells were originally used as units of currency. Around 600 BC, the Lydians introduced gold and silver coins that were used to buy and sell commodities. Modern day paper money and bank notes were introduced by China when the Song Dynasty ruled it.

In today’s digital age, money has evolved from paper and metal to a virtual avatar. With the internet and wireless connectivity, if you need to make a million dollar transaction you don’t need to carry a suitcase of cash and stand the risk of being looted (like the old heist films). You can transfer the amount with a simple click of a button. 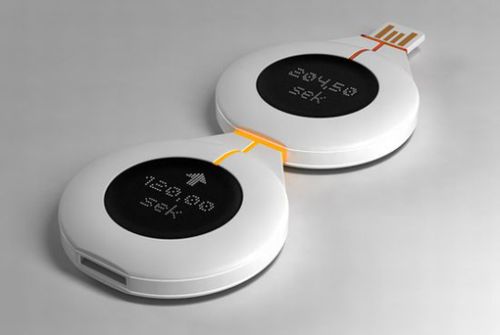 One may still need to carry currency to buy daily stuff, but Swedish designer Fredrik Palmblad has a solution that will make carrying cash totally irrelevant.

The solution is a concept titled ‘Digital Wallet’. Digital Wallet is a USB gadget that will allow you to buy daily items using ‘digital’ currency. The wallet is a circular shaped USB drive that has a body covered in white with a black LED display. Talk about new age currency in an old school design.

In order to complete a money transaction, the user will have to plug his/her Digital Wallet into the one at the merchant’s end. Once the device is connected, it will ask for the user’s identity to be verified by a thumbprint collected by the black display. After the ID is verified, the transaction is completed in a fast, secure manner directly from your bank account into the merchant’s.

The USB inspired Digital Wallet eliminates the need to carry your wallet, and with that, eliminates incidents where you lose your wallet which contains personal IDs and currency. If the USB wallet were to be misplaced or stolen, it cannot be misused, as it needs the user’s thumbprint to activate it.

Digital Wallet is still a concept design and it may be some time before it replaces its leather cousin.

Nintendo Game Boy Wallet and Laptop Bag are few other interesting products that you would want to have a look at.