Those that have seen the District 9 movie know exactly what kind of amazing weapons were presented in the film and how some were only operational by Aliens. Now there is a homemade version of the Arc Gun from District 9, and we have a closer look at a fan’s work that is incredible and highly detailed. 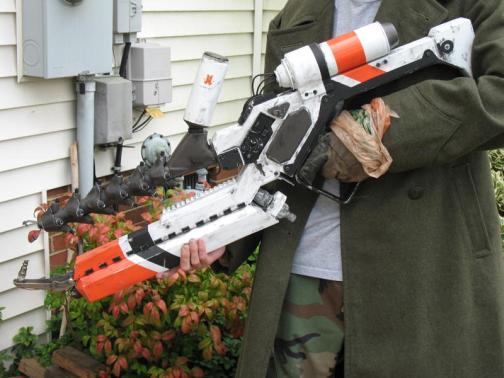 Made by Fritz the Great from DA, this Arc Gun is made of wood and other hardware store materials. When we spoke to Fritz and asked him about this great Arc Gun project, his reply was rather to the point: 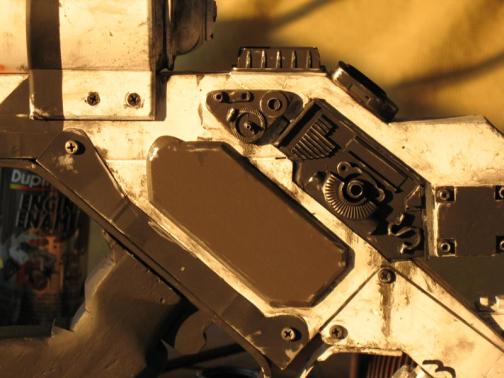 The prop was made entirely from found objects and hardware store materials. It took two weeks from drafting to completion, and is very heavy! the majority of the components are hard-woods, sheet metal, and heat molded plastic. Unfortunately, it doesn’t work with humans… 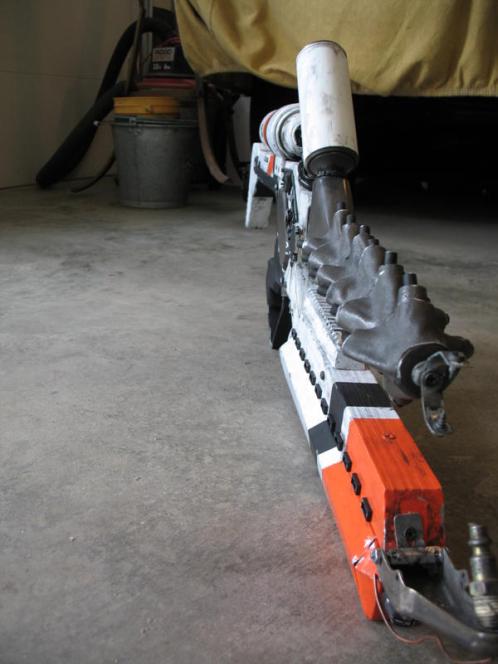 Well, whether it works with Humans or not is besides the point, for this great District 9 project looks amazing and makes me recall the movie once again. Also, the image from the beginning assembly of the Arc Gun is really great, for it provides us a real presentation at what ends up looking so much like the real (or prop) gun of the movie. 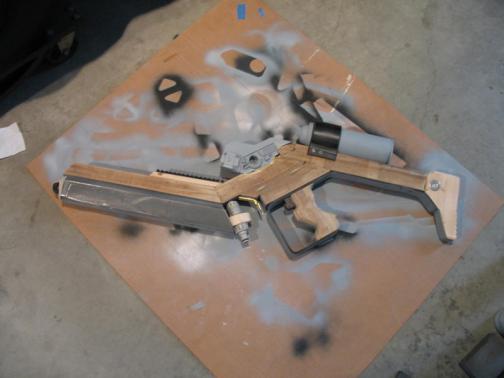 Better yet, Fritz even dressed up like Wikus Van De Merwe from the film to show what a good fit the homemade Arc Gun makes. Bottom line, District 9 fans would love this homemade remake and could definitely contact Fritz to see if it is available for sale or detailed tips could be provided to reproduce the project. 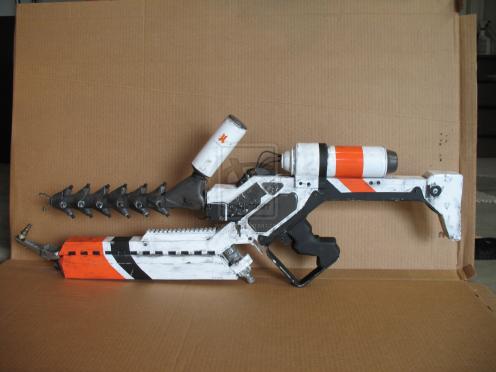