In a world where news about hackers, thieves, and terrorists are spreading every day, the need to protect our data, properties, and lives is more critical than ever. Biometric technology proves to be the most advanced security method available at the moment. Yet, they are much more accessible than we would like to believe. 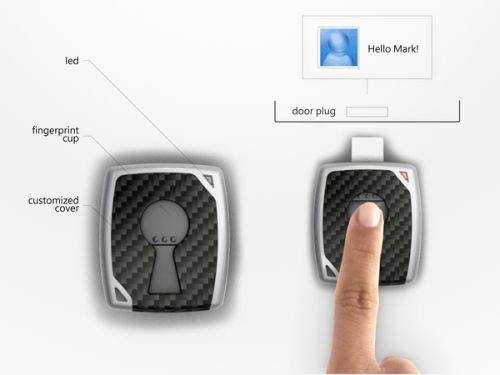 Italian designer Chiara Ripalti, probably fed up with being lost in a bunch of keys, decided to design a master key. The E-Key, as it is called, is a square device made up of a customized cover, an LED indicator, and a fingerprint cup. When you place your finger on the finger cup groove, a USB plug will jut out from the key. Insert the extended plug into your lock. The LED indicator on the key will then light up and the door will swing open. 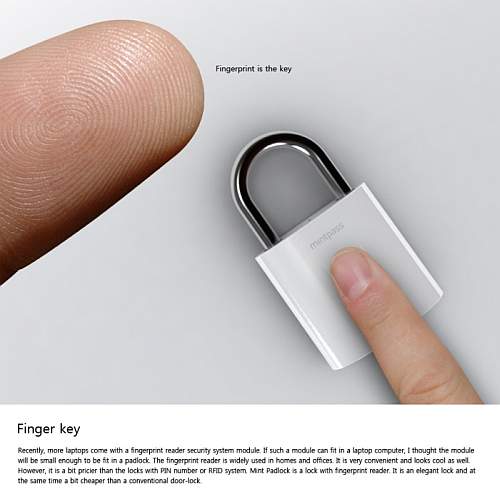 Mintass’ Mint Fingerprint padlock has not only a killer elegant look but also a smooth operating method. All you need to do is press the “READ” button, and then rub your index finger through the “Fingerprint Recognition screen”. After it identifies your fingerprint, the LED display on the upper part of the padlock glows green indicating that the lock is open. 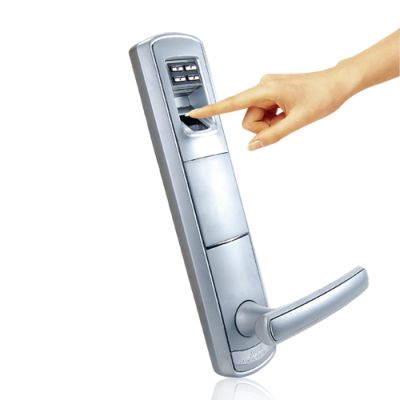 Firstly, the Interpol biometric fingerprint door lock has nothing to do with International Criminal Police Organization – INTERPOL. It is a safe secure door lock that uses the owner’s unique fingerprint to unlock the door. If the ordinary locks are a pain in the ass when you lose the keys, or the high-end digital locks protected by passwords are annoying when you forget the passwords, all you have to worry about this Interpol fingerprint door lock is losing your fingerprint, which is unlikely to happen unless the thief cuts off your fingers or you die. Oops, did I scare you? 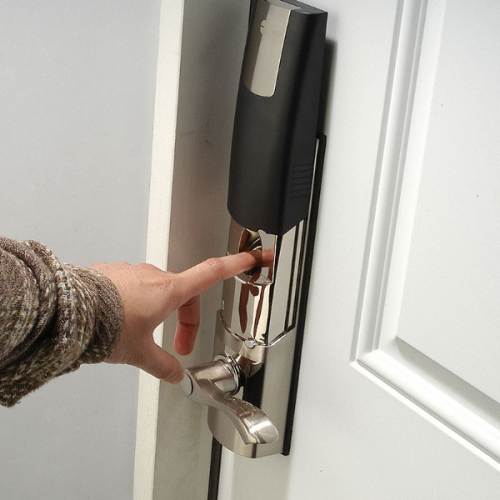 Another product utilizing biometric technology to secure our homes is the fingerprint door lock and deadbolt lock designed by Opulentitems. The door lock uses fingerprints and comes with a keypad, which can be set to store up to 50 fingerprints. It also has four keys  in case of emergency, and turns itself off when not in use. If you are interested in increasing security, then you should opt for the biometric deadbolt door lock,  which has a sliding piece of steel. 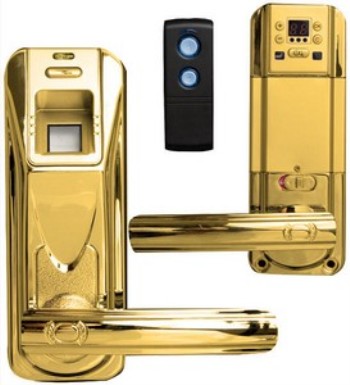 This ultimate lazy man’s door lock features a fingerprint reader that lets you do away with the keys to your door with the swipe of your finger. If that wasn’t easy enough, this electronic door lock even comes with a remote that can be used to unlock or lock the door from a distance. The system can store up to 99 users that can be entered or deleted within seconds. 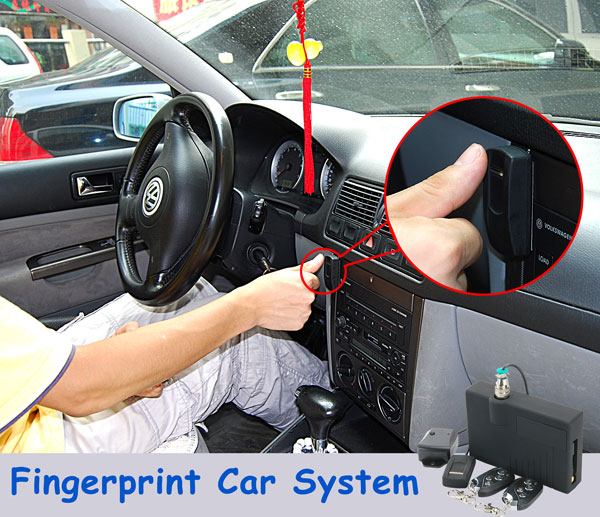 The fingerprint car immobilizer is an added security system installed inside  a car. It does not allow the car to start without fingerprint verification, even if the right key is used. The unit prevents the car from being used by non-authorized people while leaving your original (OEM) car security system remain intact. 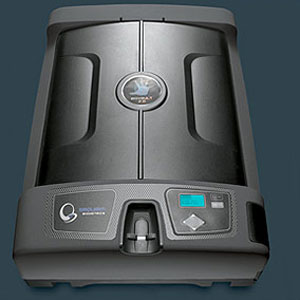 Sequiam Biometrics BioVault 2.0 Fingerprint Safe’s futuristic design combined with biometric identification method makes this gadget feel like it is from a Sci-Fi movie. This devise is capable of storing different authorized fingerprints, so you can easily program it for a limited group of persons up to 50. Every fingerprint is stored in a power-independent flash memory, so it will never be lost due to power loss. It is safe enough for storing firearms, but it is not fire resistant. 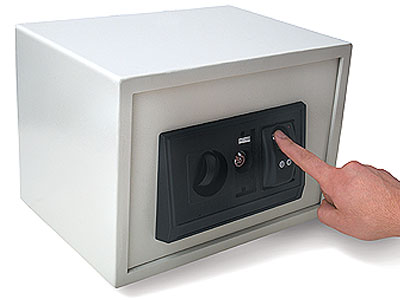 Fingerprint Safe Box is a quick and easy to access gadget to secure your important documents. No more combinations or lost keys because this box can be unlocked using your very own finger. The Fingerprint Safe Box can be programmed to the owner’s unique fingerprints. This gadget comes with 4 AA batteries and weighs 29lbs. 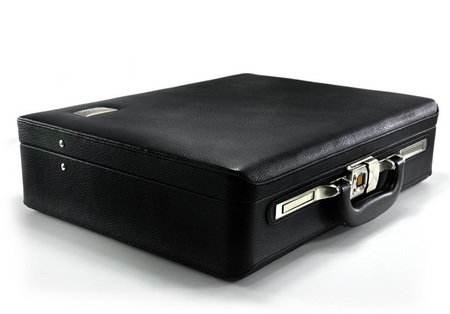 This biometric briefcase comes with a fingerprint scanner for authentication, keeping your belongings safe. The fingerprint scanner on the briefcase has capacitive sensor panel with 508 dpi. It can store data of two administrators and up to 12 regular users; each user can have two fingerprints saved. Now 14 people can share one briefcase at $385.93, which makes it $27.57 each. 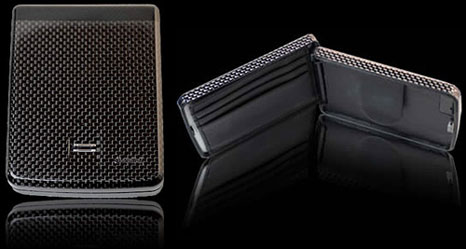 Despite its iName, iWallet is not an Apple related product but much cooler than that. With the fingerprint technology incorporated, iWallet is the best choice for the safety of your cash and important cards. More than that, iWallet body is made of Kevlar – a para-aramid synthetic fiber 5 times stronger than steel on an equal weight basis. It is also equipped with Bluetooth technology that can pair with your phone. In case of loss, your phone will ring the alarm when the thief is about 4 meters away (which only works when the thief loves you so much to spend more time with you after the crime is done). iWallet is available at $299. 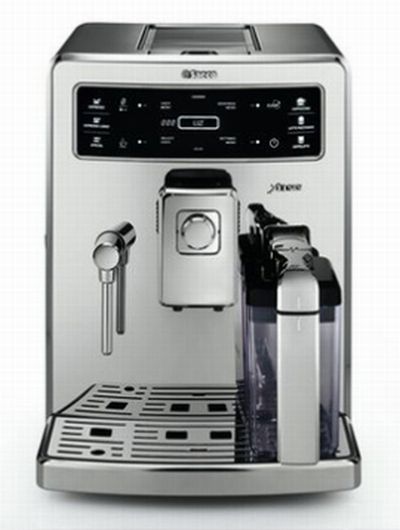 If you are thinking what I’m thinking then no, this hi-tech coffee machine is not for security freaks who are obsessed by the idea that somebody out there wants to poison his/her coffee every morning. Xelsis digital coffee maker allows you to set and store your coffee settings with the help of its fingerprint reader mounted on top. Simply press the fingerprint reader and the machine will brew a cuppa according to your personal settings. The coffee maker can store up to six fingerprints, which makes it a perfect coffee companion for the whole family. 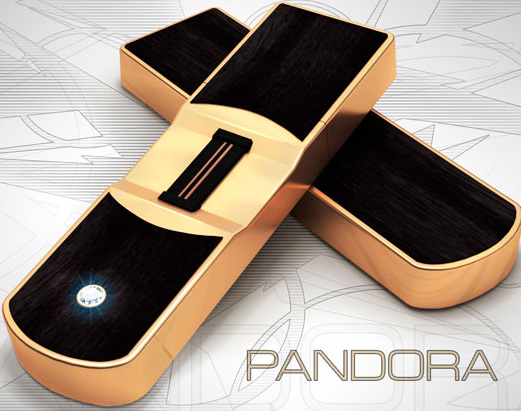 With a fingerprint scanning detector and memory capacity of a whopping 64GB, the Pandora collection of GressoDesign claims to be the first-of-its-kind Luxury device. Black version is made from 200-year old African Blackwood and 18k Gold with a white diamond. The Red is much like its Black sibling with only a glorified ruby replacing the diamond. The mind-boggling gadget comes with equally mind-boggling prices. The Black one sells for $9999 whereas the Red is a bit easy with a tag of $999. 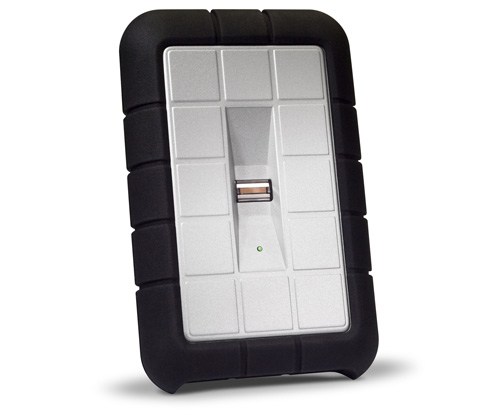 The LaCie Rugged Safe Portable Hard Drive is one of the safest hard drives on the market, featuring 128-bit AES hardware encryption and biometric fingerprint authentication. Its military grade shockproof enclosure will also prevent any loss of data in case you drop it. The retail price starts at £169 ($270). 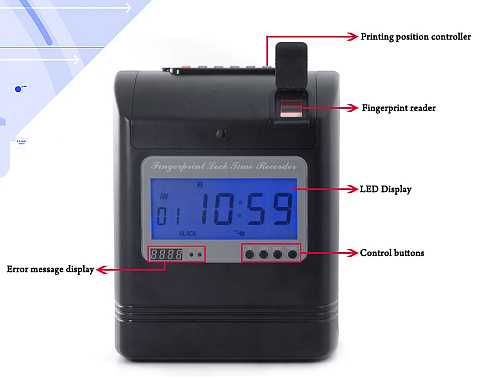 If you are geeky enough to never leave your computer before midnight, the time attendance machine at work or school is probably your worst enemy. But the worst is now even worse with this Fingerprint verification Attendance Time Card Recorder. As the time is printed onto the card only when the owner of the card passes fingerprint verification, there is hardly any room for cheating. 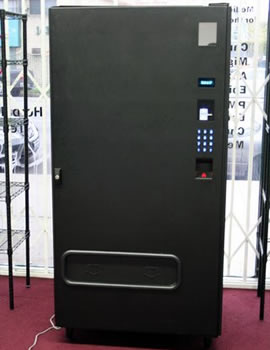 As funny as it sounds, there are actually marijuana vending machines that sell vacuum sealed reefer day or night, aiming at those whose needs for drugs are approved by doctors.The idea of a marijuana ATM cannot be executed without the fingerprint technology. There is a fingerprint reader to validate your identity, control the volume of marijuana you take a week, and keep the non-patients away.