Beer drinkers would be happy to know that they consume the world’s most popular alcoholic beverage. The popularity of beer rises from the fact that it is the most widely consumed alcoholic drink across pubs. Nothing quite beats the feeling of having a glass of beer after a hard day with your mates.Brewing beer is quite an art form in itself and requires a dedicated method of preparation. The most common brewing method involves fermenting cereal grains such as malted barley. Seed cones are then added to the mix as a preservative agent. 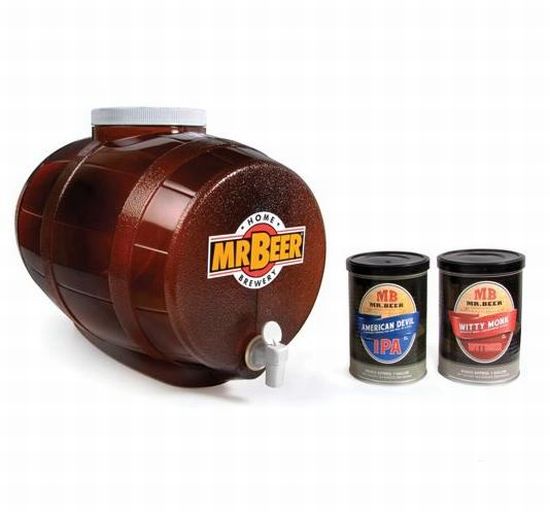 If you love drinking the sun colored frothy beverage and have had dreams of brewing beer yourself, online retailers Hammacher Schlemmer may just have then thing for you. The Home Brewer’s Complete Beer Kit is a dream come true for any beer aficionado. It comes with a complete kit that would instruct and help beer lovers to home-brew craft beer.

The Home Brewer’s Complete Beer Kit includes everything a person would require to brew their favorite beverage. It has a two-gallon fermentation tank that is colored brown and modeled after the old school brewery system. The fermentation tank is accompanied by two hopped malt extracts: a Witbier, which is a Belgian wheat beer with coriander and orange notes; and an Indian Pale Ale, which is reddish gold in its tone. 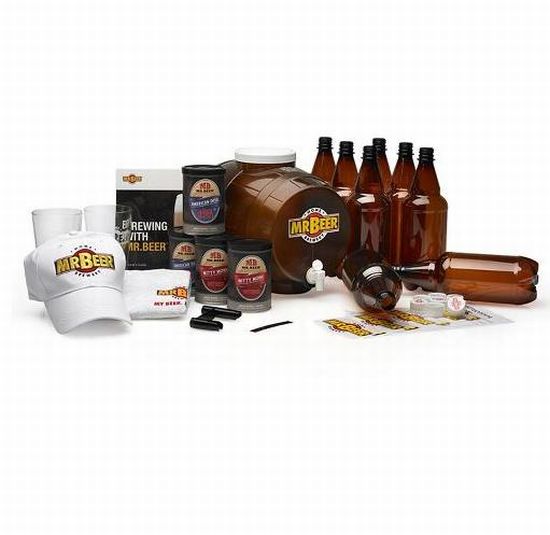 Other accessories include a sanitizer, two pint glasses, a thermometer, and eight one-liter bottles that can be reused. The thermometer is used to measure the fermentation temperature. The plastic bottles are used to collect the fermented beer and to aid the process of natural carbonization.

To brew the perfect mug of beer, all you have to do is to add the right amount of malt extract, yeast (included in the kit), and tap water in the fermentation tank. Allow the mixture to ferment for a week and then collect the beer in the bottles. If you wish to enhance the flavor and texture of the beverage, keep the beer in the bottles for close to 45 days. The home-brew beer will have a 4% alcohol by volume (abv) strength.

Detailed instructions on how to go about brewing your beer is provided in the instructions manual. The manual also has 18 additional recipes for brewing the beer.

The Home Brewer’s Complete Beer Kit is something that any beer lover would be proud to have. The kit currently retails for $89.95

If this is a must have, why not add some excitement by using Beer Shooter Gun and Lord of the Rings Etched Bar-ware?