Of all the superhero suits, the Iron Man suit is one of the coolest ever. Made from a lightweight alloy, two million microscopic units combine to form one hellish suit-cum-armor to fight the bad guys.

The powered exoskeleton suit has a force field that can protect Tony Stark from the most powerful of weapons. Since the suit is composed of lightweight units, it can take flight and fly higher than most military jets. 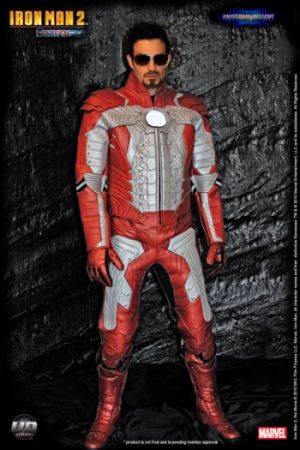 Talking of military jets, the suit has enough arsenals packed into it to dismantle an army tank with ease. Many a villains has tried to copy the suit’s on board weapons system but have never been successful. 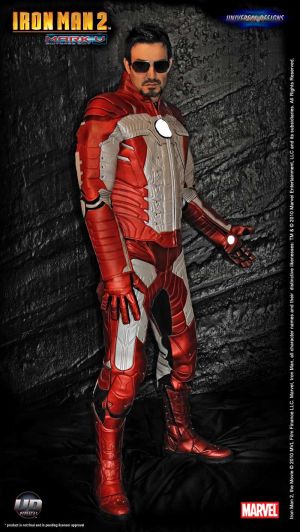 Most Iron Man fans would agree that the suit’s best feature is the artificial intelligence (AI) system known as JARVIS. The AI system provides remote assistance to Tony when he dons the avatar of Iron Man, and constantly feeds data regarding the surroundings to Tony. 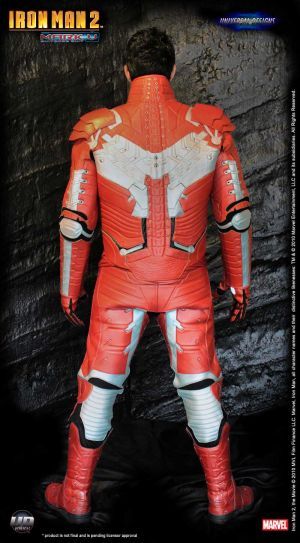 After decades of watching the dazzling suit in the comic books, Iron Man fans were delighted to see the suit come alive in the live action films.

The Iron Man Mark V Motorcycle Suit would make even Tony Stark proud, the design is that good. The biker suit is made from form-molded leather that has been fashioned from the finest cowhide leather. Heavy-duty stretch spandex inserts gives the biker suit extreme flexibility, while breathable mesh cordura inserts guarantees that the person wearing the suit will not suffocate in sweat.

The Iron Man Mark V Motorcycle Suit also features the trademark arc reactor that powers the suit. The arc reactor replica is made from light sensitive reflective material and would reflect any light that falls on it. How extremely cool is that. 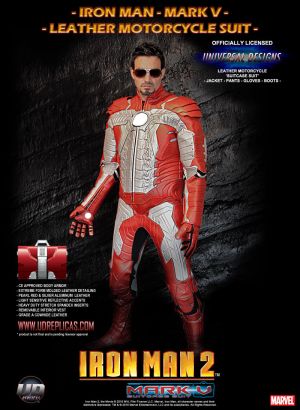 Markets are flooded with superhero suit replicas, but the Iron Man motorcycle suit by Universal Designs is a mist for every Iron Man fan boy.

If this has managed to grab your attention, make sure you also check out Shredder Hoodie and Batman Hoodie.

One thought on “The Iron Man Inspired Biker Suit”