Any Star Wars geek would love the Jango Fett helmet cake for its sweet, tasty and let him/her celebrate a special occassion with such a good looking Star Wars item. 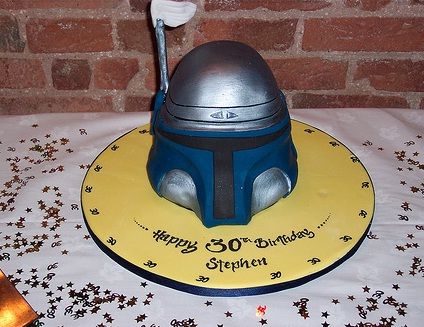 Jango Fett was introduced with the newest trilogy of Star Wars and like Boba Fett, received  alittle fan backing for a Star Wars character which is not a major role by view.

This specific Star Wars cake was made for Stephen for his 30th birthday by his wife, and I must admit he must be some lucky guy for getting such a Birthday Cake and having it delivered by his wife. It isn’t every day you hear of spouses who support such a hobby as the wonderful world of geeky Star Wars.

For other cool Star Wars stuff, check out the Star Wars flash drives or the Darth Vader USB Hub. 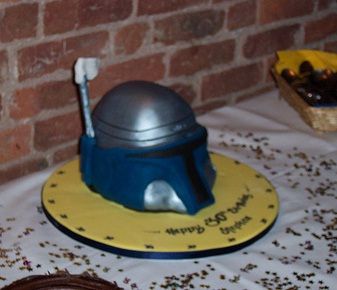