Laughter Grenade Is Here To Tickle Your Funny Bone

Being a fragmentation hand grenade, Mk2 grenade had played a major role in many wars from 1918-1960’s. One of its devastating effects was in World War II and Vietnam War. Being one of the symbols of death and having the potential to kill a dozen people at once, I had never though that this killer who had brought tears in the eyes of many family members of the dead soldiers would be later used to make people laugh. 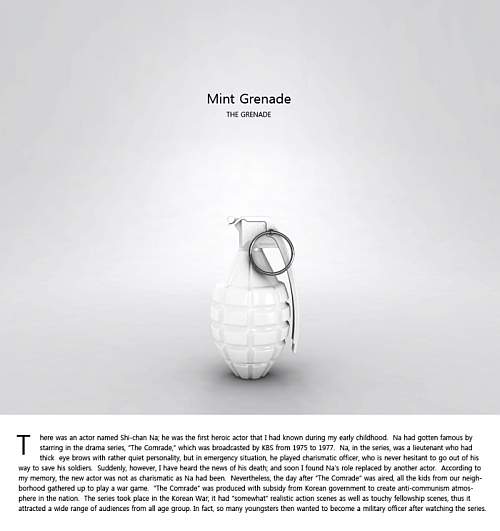 Mintpass has been able to do that by making “Mk2 Laughter Grenade” which is sure to bring tears in your eyes by making you laugh till your stomach starts paining. 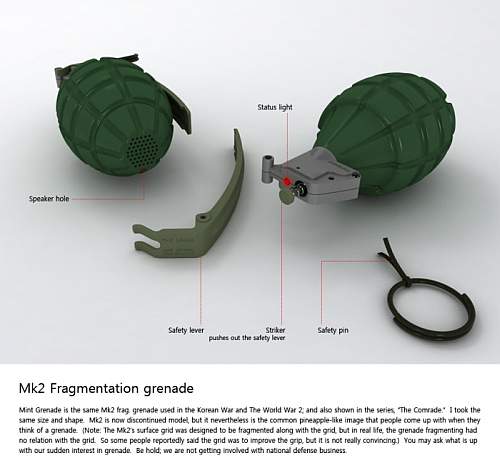 Being a replica of a real Mk2 grenade, this laughter bomb has been detailed minutely keeping every thing in mind starting from its pineapple shaped design to the safety pin. Its surface has been made up of shock absorbent material so that when thrown at some one, it absorbs the shock of the ground and the machine inside doesn’t get damaged. 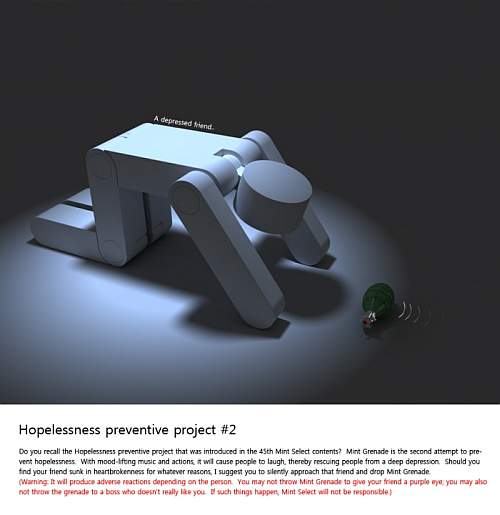 The safety pin has been made from plastic so that it could be re inserted to the grenade again. It also has a USB port for inserting new sound data and recharging. 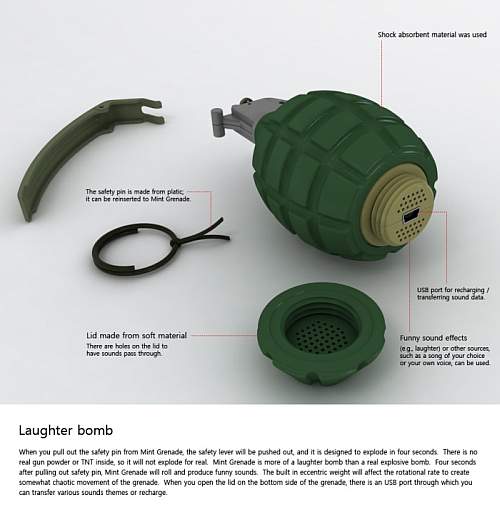 This bomb is the best way to change someone’s mood from depression to cheerful and to give him a good laugh by the funny sounds or good songs heard after four seconds of the pin being pulled out. 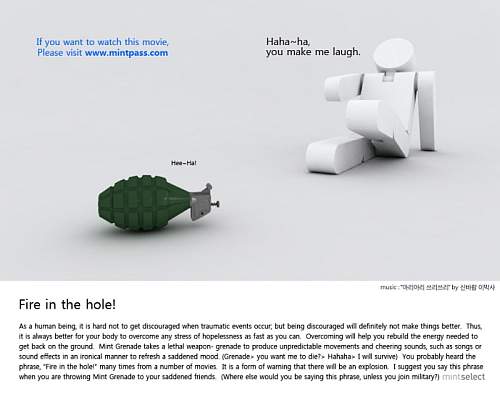 By making this bomb, Mintpass designers have shown everyone that inspiration doesn’t depends on good or bad things. It depends on the person’s view and manner of getting inspired by one thing.

You can see some such different type of concept design device like Shaira DAB Radio Design and Camera Altar Mod you may like.