The ubiquitous belt buckle has a varied and rich history. In the 7th century A.D., decorative metal buckles were buried along with Anglo-Saxon warriors.

The modern day buckle first made its appearance in the 1600s as a shoe buckle. Then, in the early 19th century, when trousers for men began to be worn lower on the waist, buckles began to make their presence felt as a fashion statement.

After its heyday in the 70s flower power counterculture, the buckle’s present day avatar is limited to a single square frame and a prong. 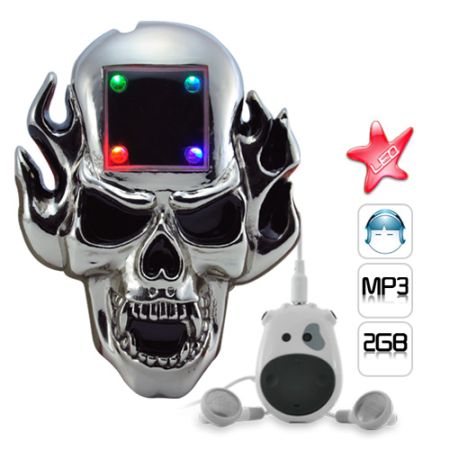 Chinavasion.com has a unique belt buckle that might just revive the buckle’s status as a fashion statement. The ‘LED Light Belt Buckle’ from Chinavasion is a rebel-inspired skull design that clips on perfectly to your waist; and it is a gorgeous-looking skull design that will catch attention too. 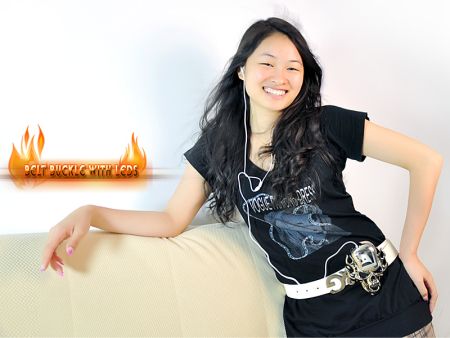 Inspired by Cyberpunk elements, Chinavasion’s belt buckle is a skull with a cast metal finish, colored in steel grey, and loaded with intricate design work. The skull has grey colored flames streaming out from its sides, accompanied by an open-mouthed grin that shows off its entire set of teeth, including fang-shaped canines. To top it off, there is a small, curved chip on the top of the skull. The design aesthetic of the skull packs one mean punch. 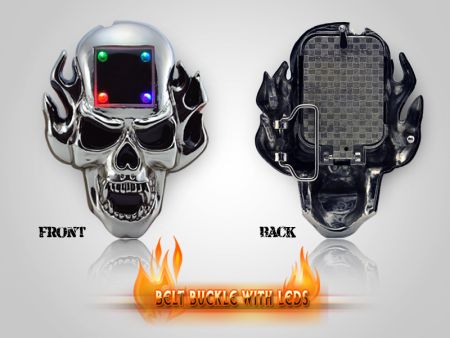 On top of the skull is a hollow, square slot that contains the LED light module. The LED light module is a square, black design punctuated with four multicolour LEDs, one on each corner. It lights up pretty well too with red, green, blue, amber, and white coming on in neat intervals. 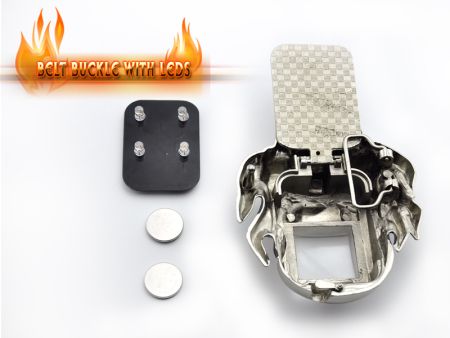 Buckles are usually designed to clasp a belt or make a fashion statement. The cyberpunk skull buckle manages to do all of this and one more thing that normal buckles can only dream of doing: hold an mp3 player. 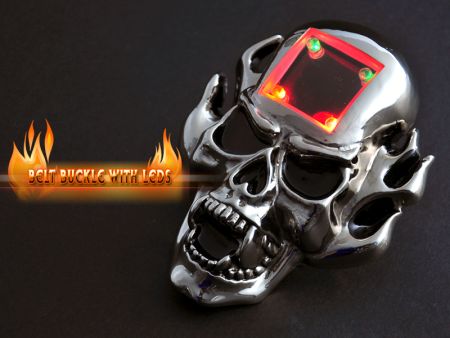 The LED buckle comes with an mp3 player that fits neatly in the square slot meant for the LED module. If the user tires of wearing the same design, they could go in for a fresh look by replacing the LED module with the mp3 player provided. 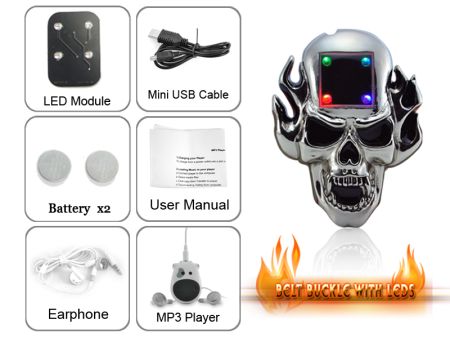 Like the buckle, the mp3 player is no ordinary music player. It comes in an all-white design and is shaped like a cow’s head. The ‘black nose’ functions as the navigation button for the music player. 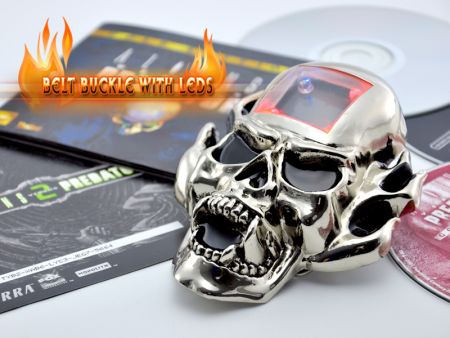 The LED Light Belt Buckle is the perfect accessory if you are looking to hang out with tough guys-or-gals. All you need is to spend $19 to buy one. However, you can check Chinavasion.com for more details.

Star Wars Stormtrooper Cufflinks and Spider Man Hat are few other fashion accessories that might interest you.