The exclusive Romer-G mechanical switches, intelligent RGB illumination and Arx Control integration are only a few things that set the Orion Spark G910 apart from all the other RGB mechanical keyboards.

The Swiss peripherals manufacturer seems to be more interested in making gaming hardware with each passing day. Its most recent gaming mice and keyboards have been created in collaboration with professional eSports teams, so you can expect them to perform flawlessly. 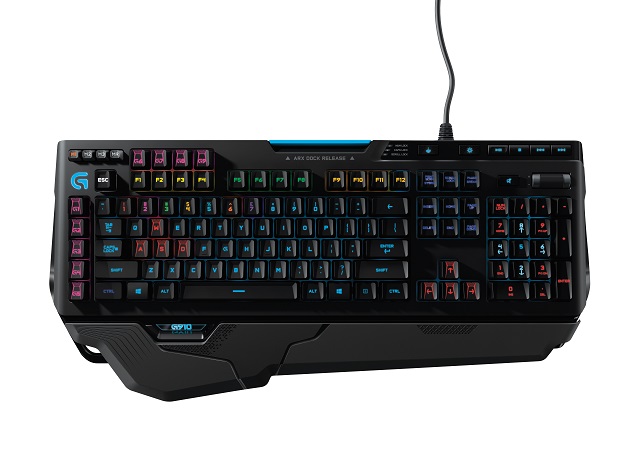 The Romer-G mechanical switches, which can be found on no other mechanical keyboard, have an actuation point of 1.5 mm, which means that key presses are registered 25% faster than when using Cherry MX or any other competitor’s products. They are also very durable, being able to withstand 70 million keystrokes, up to 40% than other gaming keyboards.

“This keyboard is the culmination of years of ongoing development by our engineering team, incorporating feedback from gamers and eSports athletes to develop a next-generation mechanical key,” explained Vincent Tucker, director of Logitech gaming. “Our team was charged with developing a keyboard that truly improves the gaming experience, and Orion Spark delivers.”

“My players love the new switches,” added Andy Dinh, owner of Team Solomid. “They are so excited about them, that the whole team is using them in the League of Legends World Championship.”

Illuminated keyboards used to come in a single color, and while they looked nice, they couldn’t really satisfy everyone. The Logitech G910 Orion Spark mechanical keyboard, however, sports intelligent RGB illumination, which means that every key can light up in any of the 16.8 million color options.

Arx Control is an app that enables developers to create their own applets for games and software. Valve is one of the companies that received an early copy of Arx Control, so don’t be surprised if Orion Spark users will be granted unique features in Steam in the near future.

G910 will also keep macro-lovers happy, as it features 9 programmable keys. Using the included software, you can assign any function you like to these keys, so they don’t necessarily need to act as macros.

Orion Spark will be available in the US and Europe starting next month, and will carry a suggested retail price of $179.99. To anyone else, this may look like a steep price, but gamers will certainly think that it is well priced, given the functionality of the keyboard.